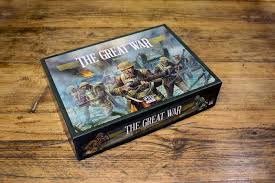 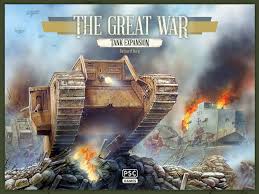 
I plan to get the tank expansion and am happy to dabble in the late war based on the set as it stands but for me the longevity may be an issue. If we get expansions and models for other theatres then I believe that PSC could be on to a winner.
Posted by David Crook at 13:49

It certainly has the right feel for the period and the models are very nice although you need to be very careful taking the British infantry off the sprues. There is mileage with the system though and one could always add in some kit from All Quiet on the Martian Front for something a little different.

I will let you know how it progresses.

It's a cracking game DC. You have a treat ahead of you. Very simple to learn, but hard to master.

It certainly looks the part and the models are very nice indeed. As mentioned the tank expansion is out very soon and for me that will make a huge difference. Needless to say I have a number of ideas for use with the system!

Played it only once but found it very good. It's great to have a 'game in a box' handy.

It promises to be pretty good but I would be unsure of the 'game in a box' analogy - were it a block game I would agree but this will needs a little more work. Rather surprisingly for me I am looking forward to painting the models.

Ha, that could be a slippery slope leading to full 3D scenery!