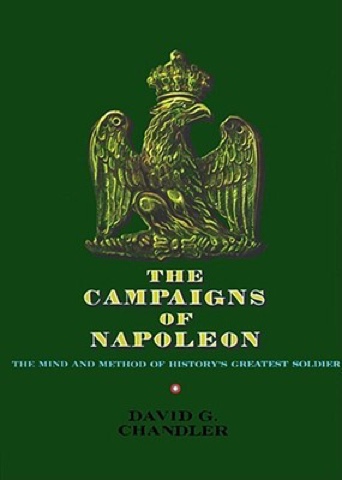 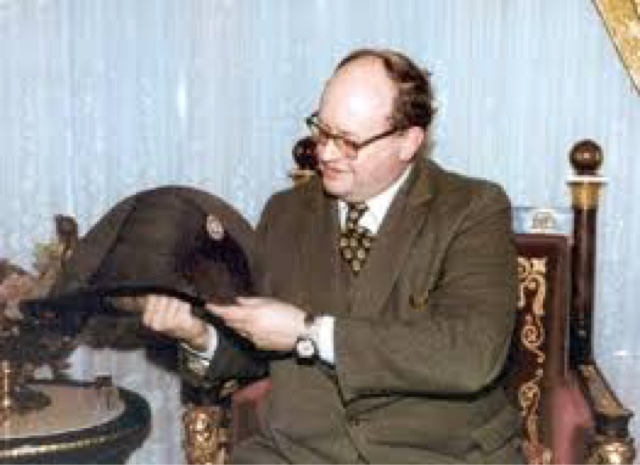 The man himself - examining a rather familiar piece of headgear
As a young war gamer in the early 1970s - replete with boxes of Airfix figures and inspired by Bruce Quarrie's Airfix Magazine guide to the Napoleonic Wars (not to mention the film Waterloo) - this book represented the Holy Grail of the wars of Napoleon. I always wanted a copy of this book but on my pocket money plastic figures and paints took priority.
The first time I acquired a copy of this book was in the early 80s which was kind of ironic as by that time I had moved on from the wars of Napoleon. My first copy went with a whole pile of gaming stuff during one of my 80s domestic upheavals and so I was bereft of a copy until quite recently.
The advent of Command and Colours Napoleonics and the celebrations around the bicentenary of Waterloo has made me look at the wars of Napoleon again beyond my lifelong interest in the 1815 campaign.
I picked up a secondhand copy almost at the same time as finding a copy at a boot sale for a ridiculously small price (since passed on to Mr. Fox) and had forgotten how good a book this is. There are a myriad of titles in print that cover the various campaigns in far greater detail but this book is the one that everything else taps in to. It may be dated in the light of recent research but in my opinion if you only ever acquired one book on the campaigns of Napoleon then you would not go far wrong by adding this to your collection.
Posted by David Crook at 12:55

I'm ashamed to say I have never read this cover to cover, but have only dipped into the campaign that I was interested in at the time.

Chandlers book was quite good still.

I first encountered this book in 1974 - owned by a law student friend who introduced me to war gaming. I read the whole thing then. Some time in the early 1990s I finally obtained from a second hand bookshop a copy of my own - in excellent condition I might add. It has received the cover-to-cover treatment at least twice since. Great read, and if one were to limit oneself to a single volume on the Napoleonic Wars, I would recommend this as the one you should have. However, in 1981 I bought a copy of Chandler's Dictionary of the Napoleonic Wars: a useful reference book, though with gaps here and there.

I must confess to being of a similar persuasion and have only ever 'dipped in' myself as the need arose. For me this meant the campaigns from 1812 onwards although with a brief soirée into the Egyptian affair.

It is a classic though.

You can always rely on a Scotsman to keep your feet on the ground....;-)

It is a superb book though and no mistake.

You have the advantage of me as I have never read it from cover to cover although I rather fancy this may now become a mission for me! I was aware of Chandler's dictionary but have not seen a copy - at least no so as I would remember. One to look out for methinks.

I cherish my autographed copy, I read it cover to cover like a novel!. Dave spent some days with me in the states when he was returning home from his stint at an exchange professor. We visited local historical sights and talked wargaming and Napoleonics into the wee hours. It was Great!

Dick Bryant
Charge! There are no lead widows

A friend is a member of the Folio Society, he picked up a new copy of this for not a massive amount of cash. He gets loads of 'Ancients' stuff and I get to read copies of this and The Boer War'