Alternatives to Hexon and Heroscape 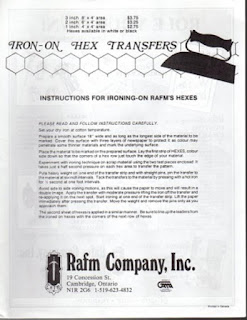 Apologies for the poor quality picture as it was downloaded from the net. I have a pack of the 3" transfers acquired around 30 years ago....
Back in the 1980s I recall being strangely attracted to the possibilities of using a grid based gaming set up for my wargames. I seem to remember a set of Napoleonic rules I was flirting with that used a figure scale of 125:1 so battalions came in at around 5 or 6 figures that were designed with hexes in mind. The rules have long gone and I cannot remember what they were called but I remember buying them from the old Games Centre in London's West End (Hanway Street IIRC). They were an American rule set of that I am certain.

Anyway, to cut a long story short I purchased a couple of packs of the above (again, from the Games Centre - back in the days when Dave Ryan, Jon Sutherland and the late Joe Dever worked there) with the plan to 'hex' a couple of felt cloths. the version I purchased was the 3" size and the 25mm figures I wanted to use for the rules mentioned fitted perfectly. I had not thought about terrain at all but I did get a cloth - a 7 x 5 ft green felt one - done. The trick with the iron on transfer was all in the preparation in that you needed to pin the sheets together VERY carefully before ironing them. You also had to make sure the hexes lined up properly so there were no gaps present. After the success of the green cloth I tried a blue version but that went horribly wrong and so I scrapped it.

The green cloth has long gone but I kept the remaining pack and a half of the transfers for posterity. Fast forward to today and, assuming that that the print has not perished, I am going to reuse it.

Back in the day the transfers were pretty successful and the one thing I was worried about was the print itself  'cracking' when the cloth was folded. Luckily it never did but I am mindful of the fact that as they are the age they are this might be an issue. At the time I used a 7 x 5ft cloth so that I could place hills underneath it so that the hexes forming the hills were obvious - it worked pretty well with the advantage that the cloth could also be used on its non hexed side.

The plan now is to use a smaller playing area - no bigger than 4 x 3ft - so I shall take a look at my cloth supplies to see what works best. At this stage I am looking at covering three small cloths - green, sand and blue - so there should be plenty left over to cover them with. I need to experiment first of all given the age of the transfers although they are still available (at least the 1" hex version is) from Noble Knight games in the US of A.
﻿
﻿
Posted by David Crook at 11:47

I await the hex results!

I am hoping to try a couple of test pieces over the weekend so will let you know how it goes.