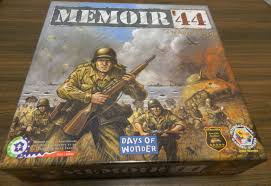 The classic Command and Colours game of WW2 combat....

Once again the weekend was a busy one but I have managed to get rather a lot done. As expected most of the time was spent with the ongoing disposal of the collection of Eric’s collection but even in that I had a couple of satisfying successes. To begin with the last of the Seven Years War Front Rank figures are going to be heading for a new home and I have also found buyers for the Minifigs ECW component. Eric routinely used the ECW to bolster his late 17th century armies so floppy hatted pikemen were the order of the day. I also have a potential buyer for the Essex, Dixon and Hinchliffe Ottoman Turks and Poles. This will enable me to free up a couple of crates so I will be able to head of my holiday in three weeks safe in the knowledge that the the disposal of this part of the collection is well in hand.

Upon my return from my travels Eric's WW2 and Marlburian painted armies will be next on the list, followed by his library and collection of 1:1200th scale ships. 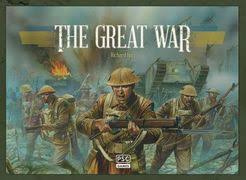 ....and its Great War cousin

For my own part the need to get a game in is becoming more and more pressing and so I have taken the decision to fall back on that old standby of Memoir 44 and its first world war cousin, The Great War. I came across a very useful files section on the Memoir 44 Facebook group. Essentially there are some potted campaign PDFs that include a brief overview of the campaign itself and then a list of scenarios from all sources that can be found on the official Memoir 44 website (you have to register a copy of the base game to access the full content). The campaign specific PDF found in the files section of the Facebook group lists all the scenarios available in historical order so players merely download the scenarios as per the list and then fight the battles. Simple for sure but a very handy resource for those of us where time is at a premium.

Naturally both of the above would lead me quite seamlessly into Portable Wargame territory in due course. For the moment though, just opening the box and setting up a game has a an attraction all of its own although my long term plan is to '3D' the above with both terrain and models.

One more project then....

Still have my full collection of Memoir 44 - great game!

It is a cracking game and has given me a lot of fun over the years. I do not have the Pacific expansion nor the Breakthrough Boards, Air Pack or the Equipment pack but as a die hard improvisional expert it is not an issue!

I hope you and the family are well.