Blocks and Counters with Lashings of MDF 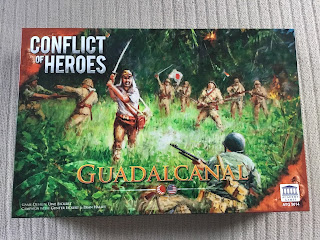 Although I had the day off on Monday for my birthday the days since then have been busy, busy, busy! Work has been pretty demanding although working from home has saved me a huge amount of time and money with the commute. Working in what is essentially a sales role means that although technically I am part time the reality is a little different.

I have to say though, given the way things are at present still being in a job is preferable to the alternative!

I have managed to get some things done though as well as the inevitable thinking that I seem to get as much fun out of as anything in the real world. Two of my recent acquisitions - Jacobite Rising and Conflict of Heroes: Guadalcanal are ready for action. For the former it meant punching out terrain tiles and counters, sorting the cards into three decks - command, Jacobite and Government - and lost of labelling of blocks. It was all easy to do but it did take a while. Conflict of Heroes was very easy indeed as there are only 175 large counters - all of which were individually die cut - and they fairly fell out of the card surround. I reckon that took me around ten minutes in total.

It did strike me though at much better production values are for board games these days compared to back in the late 1970s.

With both the above games ready to roll I will try and get one played over the weekend - it is about time I got a game in after all the hours spent sorting and packing I have spent recently. 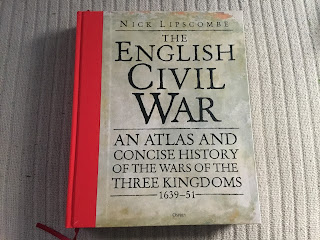 The latest title from Nick Lipscombe - his Peninsular War atlas is also a cracking good tome! 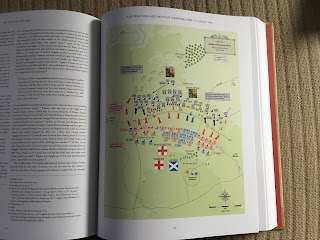 A sample of one of the battle maps contained therein

The book you see above came about as the result of part of the Amazon gift cards I received for my birthday. It is unbelievably good and for a variety of reasons will be being used rather a lot in the coming months - I will say no more but suffice it to say NO plastic or metal figures will be involved.... 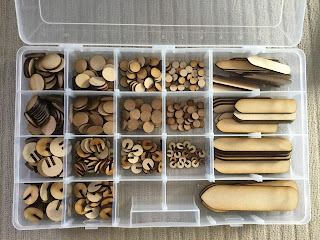 The Rayleigh shipyard just waiting for the creative juices to spawn forth a winning idea or two!

I sat down and had a play around with various pieces of wood and the new MDF pieces I acquired - just to experiment really - and I already have in mind some ideas for my first few ships for the ACW. Naturally as I now have turrets some monitors will appear! Aside from the ACW I really like the idea of messing about with some assorted ironclads and am even looking at the potential of the Pacific War as well as something ‘imagi-navy’ ish. 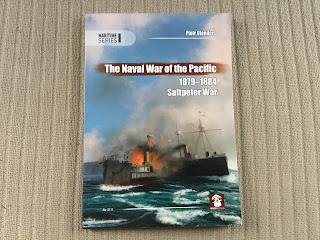 A great campaign to tackle from the naval perspective as the numbers involved are modest. Besides, there is always the Huascar....

I have also been looking long and hard at my block armies that have sat idle for some time now. I really want to use them again as I seem to be in one of my periodic ‘anti-figure’ modes at present. I keep looking at various battle maps and transplanting them into 3D affairs with model terrain and blocks on a grid. It works for me and has the attraction of being easy to set up and put down again very easily. Significantly though, my rather belated discovery of the virtues of bespoke MDF has given me a lot to think about in respect of supporting the block armies.

Great thoughts continue to be thunked.....

I'm a big fan of my mdf blocks and allow me to game a wide period and rulesets without having to buy and paint figures, unless I really want to. The ECW book looks superb, but I will have to wait for my birthday before buying this.

As a fellow blocker methinks we need to establish contact on a more formal basis - drop me a line - roguejedi@btinternet.com

You are just putting temptations in my way .. bad man but good old boy at the same time