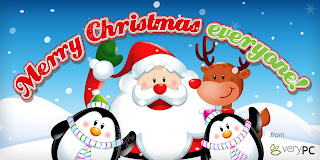 “Let’s hope its a good one, without any fear…”

I realise it is probably a little on the early side but as I have rather a lot on over the next couple of weeks I thought I would sign off until next year - probably late in January given Laurel’s scheduled surgery on the 6th of January.

I will not be sorry to see the back of this year for a variety of reasons - most of which I have mentioned via the blog but with a few others in reserve. I have found it to be hugely helpful (to me in any event) using the blog as a vehicle to convey the various trial and tribulations that my family and I have experienced (and continue to do so) this year. The positive comments and words of support and encouragement - both on and off the blog - have been really appreciated as they have helped me over any number of rough spots over the last six months or so.

These are debts, large and small that I will never be able to repay other than to say that I will reciprocate the sentiment in equal measure when and where needed.

The new job is intense in ways I had not considered but very much in a positive way. Going from a small agency into a global spanning organisation was always going to be a cultural shock but with the support of the team I have joined I am confident that in time I will have a positive impact.

We are mentally preparing ourselves for when Laurel is in hospital and also for her recovery afterwards. For the Nth time I am hugely grateful for the fact that my new role is remote rather than office based! We shall be visiting the hospital for Laurel’s Pre Op on 30th December - I am off work for the three days ‘twixt Christmas and the New Year - which should be a pretty quick process and then it is dropping her off  at 7am on the 6th.

Oddly enough I ave been able to spend a little more time on gaming related bits and pieces and so work on the remaining ACW ships has resumed once again. I have also been looking at ideas around Operation Market Garden as well as something Colonial/VSF based.

Mention of VSF reminds me that Steve Blease is rumoured to be working on an updated version of Aeronef - the game of Victorian aerial combat - and his page of Facebook showed a couple of recent games he has played. The models in use were scratch built dirigibles modelled by yours truly and sold to him years ago. It was great seeing these again and needless to say my thoughts have once again turned towards repeating the project. The funny thing is that I was also looking at using up a whole load of MDF hull templates to build some Cloudships and Sky Galleons based on Frank Chadwick’s Space 1889 series.

There is a project in there waiting to get out methinks….

I am still harbouring ideas for some skirmish style games using figures but as yet I have not really done much with the idea. There is also the block army refurbishment to think about and also getting back into some good old hex and counter board games.

Plenty to be going on with so no change there then! 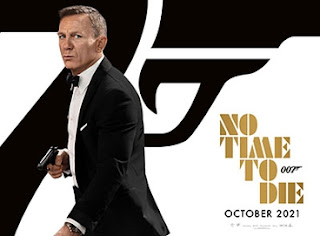 I also finally got to see the final Daniel Craig Bond film: No Time to Die. I enjoyed it hugely although ca understand why some may have been underwhelmed by it. Bond came across as rather more mellow than in his previous appearances although still with the ‘grit’ element when needed. I have a theory as to how he will be ‘resurrected’ (he did say it was his hobby in Skyfall after all!) with a new actor taking up the mantle. Suffice it to say (and I will probably be completely wrong) that one should read the book of You Only Live Twice followed by The Man With the Golden Gun to see where my thoughts are on this one.

In the meantime though I would like to take this opportunity to wish you all a very merry Christmas and all the best for a peaceful, prosperous and above all, healthy 2022 as well as, once again, offering my sincerest thanks.

See you all in the new year,

Merry Christmas, David, and best wishes in the New Year.

And to you and yours Sir!

Merry Christmas mate, and fingers crossed for both of you in the new year.

A Merry Christmas to you and yours and hoping for a better New Year , Tony

Thank you old chap and of course the compliments of the season to you and the current Mrs Broom Man.

I am struggling to get VSF out of my head….

Merry Christmas David, here’s to 2022 being a far more positive year for you and your family.
All the best.

Thank you old chap - and to you and yours as well!

I wish you and your family a Merry Christmas and a Happy New Year!

And the same you old chap! Let us hope that 2022 will be a kinder one!

Thank you old chap - much appreciated. It would be nice to step off the problem merry go round at some pint, I mean point so let us hope that 2022 will enable us all to do so!

Take care and many thanks once again,

Happy Christmas David. All the very best for 2022 and an uptick in your family fortunes.

Wishing you and yours all my best for Christmas and the coming new year, David. Have a good one.

Blogging in all its forms has and continues to be a great salve during these troubling times. Pre and post op for my cancer and then hernia operations it was a great way of keeping in the loop with friends and acquaintances whilst in recovery. So it's good to know that this has helped you too old chap!

I think we all hope that 2022 will be a better year all round and fingers crossed it gets off to a good start for Laurel and yourself! So it remains just to wish you all a very Merry Xmas and a Happy New Year!

Merry Christmas DC - you were in my thoughts during our big Space 1889 battle today!

Merry Christmas and a happy new year David an excellent blog and it has cheered me up over the past year, it always a good read.

Thank you for this lovely post and for your blog this year, which I've mostly enjoyed in a lurking posture.
May you and your wife know peace, happiness, and good health in the year to come.
Cheers and blessings,
Michael

Thank you old chap - the very best to you and yours and let's hope we all have an uptick next year!

Wishing you and yours all the best for Christmas and the new year!

All the best for now as well,

The blog has certainly helped me survive the ‘slings and arrows of outrageous fortune’ that 2021 has delivered! Let us hope that for all of us 2022 peeves to be a much better one.

Seasons greetings to you and yours and the game looked really good - thanks for thinking of me! I am flirting with a couple of mad ideas for Mars……You have been warned!

Thank you old chap. I hope that next year the blog will be back to its usual fare of stuff rather than my ongoing domestic dramas so fingers crossed for 2022!

Have a great Christmas and new year and I will see you on the other side!

Thank you sir. I have been truly humbled by the extent of goodwill shown to me and my family over our recent and ongoing trials and mere words of thanks and appreciation never seem to be adequate somehow.

I only know that should the boot ever be on the other foot then I will step up and be counted.

Blessings to you old chap and many thanks once again.

A very Merry Christmas and a happy, prosperous and above all healthy New Year to you and your family David.

And the same to you old chap!

Well done for getting t the end of another fraught year. Best of luck to Laurel for her upcoming operation and I hope yu both have a smashing Christmas. And I'm looking forward to the next installment of "Naval Wargamers Hit Town" somewhere around Liverpool Street early next year :)

Many thanks old chap-our meetings have had a value far beyond the mere few hours thus spent! We have our fingers crossed in respect of Laurel’s operation (a therapy Alpaca would be most welcome!) and are looking forward to Christmas collectively.

Naval wargamers hitting town will resume in the new year although I suspect not until February although we shall see.

Have a great Christmas old chap, see you on the other side!

A very Merry Xmas to you and yours, and I hope all goes well in the New Year!