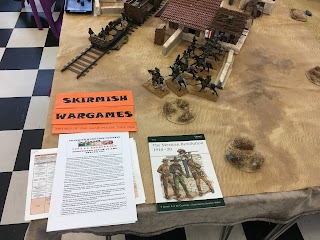 September of course means the Skirmish show and whilst I did not take many pictures I was rather taken with this 54mm Mexican Revolution game organised by Skirmish Wargames. The information sheet said 'please take one' so naturally I did! 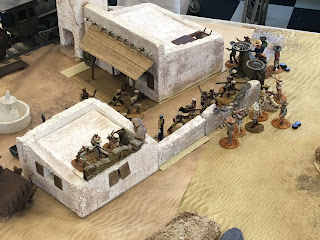 The rules are homegrown and the figures are from various sources and feature a number of very nice conversions. The buildings have appeared on many a stricken field over the year! 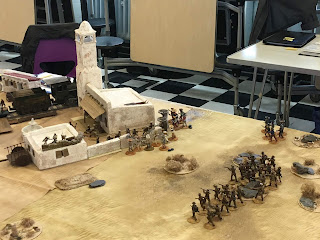 Apologies for the quality of  the pictures but I hope they give you a good feel for what was happening. 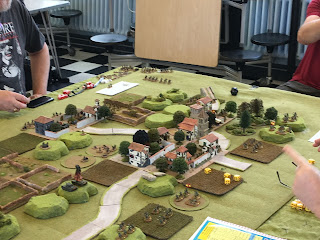 Now I am embarrassed to admit that whilst I have seen this club on numerous occasions at Skirmish (usually fighting games on a grid) I cannot for the life of me remember who they are! This time it was the Spanish Civil War using Peter Pig's Bayonet and Ideology rules and 15mm models. I really liked the way that the square grid was marked out using flocked dots to mark the corners. 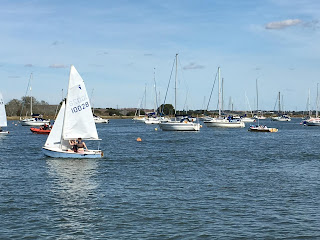 Messing about on the river (well watching it anyway) - dinghys, canoes, kayaks and paddle boards doing what they do best. Also available was the cheapest cream tea I have ever seen at £1.20 each!

A busy week for sure and a lot happened!

Work on the ACW 30mm collection is moving along nicely and the bases for the Union and Confederate infantry, gun crews and mounted command are now at the varnishing stage. The cavalry of both sides has had the first coat on their bases and so I am expecting to have them ready for varnishing alongside the rest of the collection in the next couple of days. There is a degree of minor touching up on some of the figures - mainly just some exposed metal here and there - which will need to be done before the gloss varnish can be applied. I have had a change of heart and am now going with matt varnish for the bases rather than the shinier alternative. Once all this has been done I can finish off the artillery pieces. All they need is some gloss varnish, 'blacking' of the muzzles (I was going to drill these out but am now not going to bother) and painting of the wheel rims to be ready. I am quite pleased with the progress so far although it has taken me longer than I anticipated. 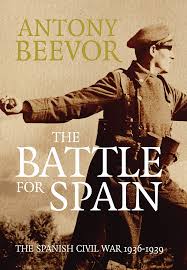 Yesterday saw my second visit of the year to the Skirmish show held at the Sidcup and Chislehurst Grammar School. It is always a good way to spend half a day and I was able to catch up with the core of Postie's Rejects - Ray, Lee and of course Postie himself. the pictures tell most of the story and my only purchase was a copy of Antony Beevor's The Battle for Spain in hardback for £6 which I was very pleased with.

The afternoon saw SWMBO and I attending the local Hullbridge Regatta. Now Henley it is not so no straw boaters or jugs of Pimms in evidence but it was a nice afternoon by the river and with the pleasure of listening to a really good local blues band belting out some very good Santana covers.

All in all a productive week and weekend.
Posted by David Crook at 08:48

How sniffing it was to meet up for a chat once again Dave.

Always a pleasure old chap, always a pleasure! I hope you were able to get into the house without incident bearing in mind the quantity of unpainted metal you were carrying!

The Old Guard were displaying the Spanish civil war game.

I am sure he would be delighted to hear that!

Many thanks for the heads up re the Old Guard. I am really keen to establish contact with them as they have run a number of cracking grid based games over the years.