Before we headed to the US air hall and the Battle of Britain exhibition we managed to capture a few choice pieces of miscellaneous artillery including: 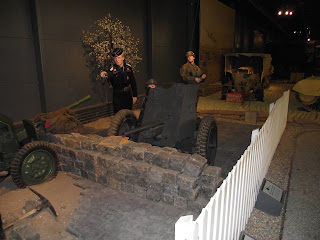 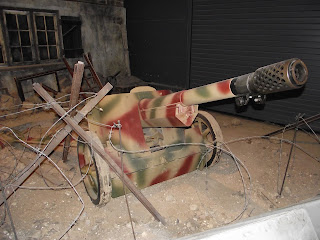 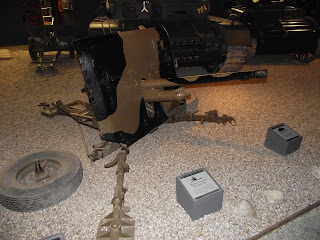 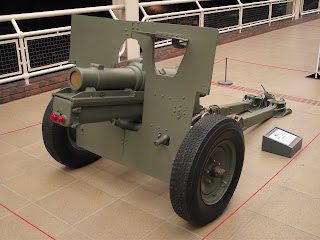 British 3.7" Pack Howitzer - part of the 'Forgotten Army' Far East display
After finishing up in the Land Warfare hall we headed over the US air display in its very spacious 'tele-tubby' style home. It needed to be pretty big as it contains a B52, a B29 and and SR71 - not to mention a Phantom, a B24 an F111 and my favourite of the lot - the P47 seen below. There is also a B17 currently being restored with the wings in the display and the fuselage currently in the paint shop! 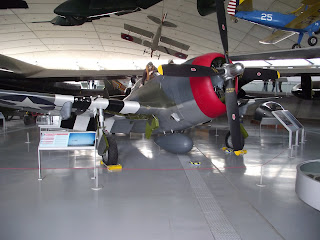 P47 Thunderbolt - the 'Jug'
We did not stop for long in here as time was pressing and so it was on to the last stop - the Battle of Britain display. This was suitably inspiring - so much so that we watched the film of the same evening after dinner that night! No need for introductions for this trio methinks. 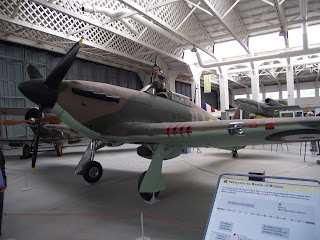 One of the many of the few 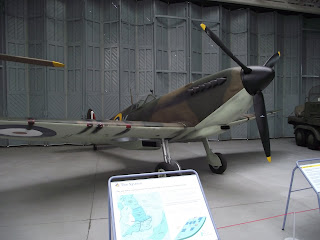 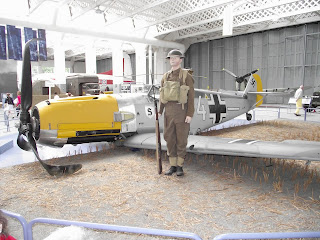 Whoops!
There were also a few oddities dotted around the display including the following: 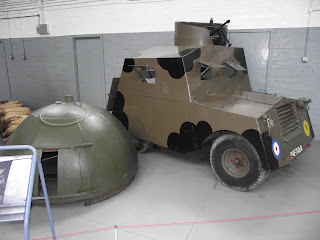 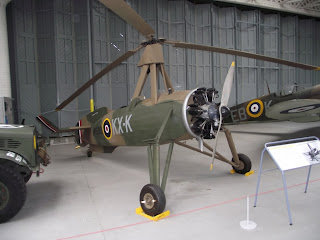 The final shot is of a B17 that is currently painted to represent the 'Memphis Belle'. The weather during our visit went from clear blue summer sky to really black clouds on and off for most of the day and so I was quite pleased with this dramatic looking view of this famous American bomber. 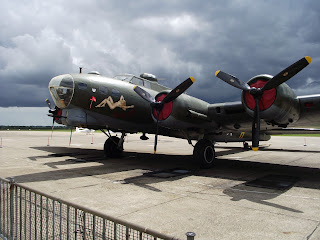 My artistic interpretation of a B17 at rest
So there you have it - a whirlwind tour of Duxford but sadly with some holes in the itiniery due to lack of time. I have no doubt though, that I shall be back at some point to see the rest.
Posted by David Crook at 20:11

Wait until August when I revisit Bovington!

I have a few pictures that didn't make the cut but all said and done, they are not a bad batch and the camera worked out pretty well.