A Cornucopia of Conundrums and a Comprehensive Collection 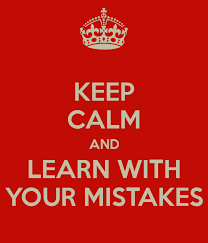 You would think that at my age I would know better....

I have had better weekends. You know that horrible feeling you get when you didn’t do what you know you should have but pressed on any way and made a complete pig’s breakfast of things? The horrible feeling that goes something along the lines of  ‘I should have known better’? Well I had this twice over the weekend.

The first occasion was my attempt at a hexed mat. If you recall I had half a green mat to hex using a specially purchased hex template. In theory it was a simple ‘dot the angles and then join them up’ exercise. I had a nice flat surface to work on and the guarantee of being undisturbed for around four hours as my beloved was out with friends.

What I should have done was to draw some guidelines in light pencil to ensure that the hexes were aligned correctly – these could have easily been rubbed out later – and then completed the hexes one row at a time.

What I did was to ignore this basic safety feature and instead I drew on the hexes along the bottom and the side edges – effectively freehand although using the template - making a playing area of 12 by 11 hexes.

So far so good.

I then started to fill in the area between the two axis but not in any particular order. I kind of went along the lines of ‘let’s see how that area would look’ and it was not long before I realised that something was very slightly awry. Some of the lines began to ever so slightly deviate. The further I went along the greater the deviation until, when I was around 85% of the way complete I reluctantly abandoned the effort. The first few rows were OK so what I shall do will be to cut out a 6 x 8 hexed area and use the rest for terrain overlays. This will suffice for small actions but it will mean that I now need to acquire a larger hex grid playing area.

I was kicking myself because not only had I messed up something that I really should not have but that I also wasted hours of my life doing so!

The next thing which again, I could have easily avoided, concerned a trip out to acquire some more of my block army storage boxes. There is a particular type I use and so far all of mine come from a shop called Home Bargains where they are £2.49 each. The same item is on sale in Hobbycraft for £6.99! SWMBO and I drove over to Basildon (being close to Christmas it was packed, even early on a Sunday) and guess what? They did not have any in stock. A simple check online would have told me this beforehand and saved me a wasted journey.

So there are two examples , if any were needed, of the value of the seven Ps. Proper prior preparation prevents piss poor performance! 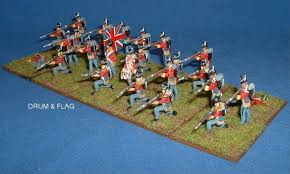 British Infantry doing what they did best - rolling platoon volleys 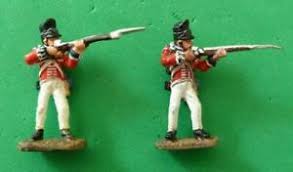 Close up the guards infantry. These are very similar in build to the 25mm figures produced by Tradition - which is very useful indeed!

Despite all this doom and gloom (and Chelsea losing 3 – 1 did little to cheer me up) I did have one piece of unbelievable good news. I am in the process of acquiring a substantial collection of the Del Prado: Relive Waterloo 25/28mm figures covering the 1815 campaign. All three armies are represented and the plan is to take delivery at the end of January. In one fell swoop this will form the main project for me for next year and in many ways it will serve to complete the circle as my wargaming career began with the 1815 campaign way back in the early 1970s using Airfix figures. There are many decisions I will need to make in respect of basing and organisation – I am currently looking to Bob Cordery’s Portable Napoleonic Wargame as inspiration although Command and Colours will also feature – and for sure I will need to add to the collection in certain areas. Luckily there are occasional items that appear on eBay as well at our local boot sale and also at the Skirmish toy soldier show so I shall be keeping a close eye on these. Luckily the figures seem very similar in build to those available from Tradition in 25mm although these are not the figures available from Spencer Smith (Peter has the 30mm range I believe).

I am really excited about this collection and so Napoleonics will be a major part of next year on the gaming front for me. I fully intend getting the three 1815 armies up to strength and indeed will also look to add representative forces for the Russians and Austrians in due course. Using the size of my ACW collection as a template this will be easy enough to do and so from a figures perspective my efforts will be focused on the latter part of the wars - 1812 to 1815.

Another new period!!!!
You decided if you're doing Pirates or not yet?

No this is not a new period, far from it in fact. All it is is a grand revisitation of a period I have spent a lot of time on in the past - I started out with Napoleonics many, many years ago and when this collection came up - which ironically I would not have considered 'back in the day', it was way to good to pass up on.

I will email you later.

I have never attempted a home made hex mat yet that didn't start to become distorted the further into it I got. Nice news on the naloleonics.

I can salvage sufficient of for a 6 x 8 playing area and the rest can be cut up for overlays or similar. I think it was the time element that annoyed me the most, that and my own folly of not observing the rule of the 7 Ps....:-)

I am in contact with Deep Cut for a full sized C and C mat.

The Napoleonics are really good news and to be honest this would be the only way such an undertaking would happen. With the Tradition 25mm range being a good fit I can add the odd unit as the mood takes me.

It was all going so well as well. In retrospect perhaps I should just 'dotted' the mat first and then joined them up rather than drawing each one one at a time.

Knowing the way my dice roll that is probably just as well....