ACW and Napoleonics in 2020 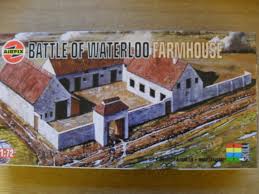 I wonder how many gamers have used or owned one of these over the years since it was first released back in the 1970s?

A little early I know but as the year draws to a close I have been thinking about what I have been up to and what it will mean for next year. The time has flown by and as is usual a number of ideas have come and gone, some for good and some currently in a holding pattern. In many ways this year has positioned me nicely for 2020 – certainly in respect of both the ACW and, more recently, Napoleonics - but more by chance than design. I have been singularly fortunate in a couple of areas and as a result these are unsurprisingly going to be the main focus of my efforts next year.

The 30mm Spencer Smith ACW collection will be completed – it is perfectly usable at present – and once I have some specific terrain pieces taken care of as well as the naval dimension I can then focus on not only enjoying some games but also thinking about the campaign aspect. I have plenty of reading material to maintain my enthusiasm and with the potential of using the collection with multiple rules sets and at varying levels (skirmish up to army level) there is plenty of gaming opportunities to enjoy.

The Napoleonic collection that I am about to acquire will enable me to realise a number of ideas I have been considering over the years. Again, there will be a low level naval dimension although this will not now be with Black Seas. The models are lovely but require far more work than I would be prepared to put in. I have yet to decide about basing for the collection – individual versus multiple bases – and will do so once I have it at home. The plan is to organise a representative Anglo Dutch Army for 1815 as far as possible using Del Prado figures but with the odd Tradition 25mm as required. As the ‘units’ will be small – I am thinking along the lines of the Portable Napoleonic Wargame or Command and Colours – adding any additional types here and there will not be too onerous, even allowing for my reluctance to paint anything organic! Again I will need to organise some generic and period specific terrain pieces.

The main focus of my Napoleonic collection will be the 1812 to 1815 period which I suspect will cause the odd sideways glance. It is the era of massed armies and a combination of the Napoleon on the decline and the opposition getting their collective acts together. A simplistic view perhaps but largely correct. For sure the earlier years of the period will receive some attention but for that I shall make use of Command and Colours blocks. The main reason for focusing on the latter period is that I will only need to focus on figures wearing the later uniforms so Bicornes will be reserved for command figures rather than the rank and file!

I have ordered a Deep Cut gaming mat with 4” hexes configured as per a 13 x 9 Command and Colours style playing area. This size of playing mat will fit my gaming table nicely (it is 5ft by 3ft but I like to have some spare table space for gaming paraphernalia – dice, counters and play sheets etc). My plan is to make use of some of the Hexon terrain pieces – roads, rivers and hills primarily – that are available as well adding some of my own home made items. For reasons of pure nostalgia I may even have to invest in a copy of the Airfix Waterloo farmhouse. I am willing to bet that that particular model has appeared on many a stricken field over the years and often in wars other than the campaign of 1815! Given the table footprint of the Airfix kit it would only really be suitable in my world for skirmish level games but this is fine - such a piece of wargaming history should be accommodated somehow! Sadly it would not be very useful on a 4" hex grid. I can remember buying this kit when it first came out and it featured in many games using my 20mm Airfix collection as well as in numerous WW2 games. It is an incredibly useful model and was used in its entirety or in pieces and was also very simple to paint.

There is also something else that would fit in well with my vision and that concerns Merit Trees. In my early days of gaming these were very popular and adorned many miniature battlefields. I had some of these in my collection a couple of years ago but sadly the plastic had become extremely brittle and they more or less disintegrated before my very eyes. It is a shame but given their age is probably not surprising.

My feeling for both projects is that the terrain needs to be simpler looking so as to match the both quality of the figures and their paint jobs. New 'old school' so to speak.

Ah, a model I aspired to but could never afford on my pocket money, but I vaguely remember my friend having it, but it was rarely sued due to being a tad too big for our games area. I did have the Roman Fort though, so it wasn't all bad back then!

Interesting projects ready for next year, and as you say it is always surprising useful to have spare tabletop to place rules, dice, reserve units, etc.

I am collecting the Napoleonics at the end of January and allowing for the rebasing and organising it will be around Easter before I can get to use them in a meaningful way. That will coincide with a couple of ACW tasks nearing completion so I am thinking that Q 2, 3 and 4 next year are going to be very interesting!

Of the two the ACW will be completed first and the Napoleonics will be a slow burner as I shall need to add further models from the range as well as from Tradition.

In each case I am able to game both periods using Command and Colours or the Portable Wargame using either my own home produced blocks or those (and the figures) from the respective games.

As I recall it did kind of become a focal point for our games. Surprisingly it was very useful for WW2 games set at a skirmish level.

A piece of gaming history for sure.

I had 4 of them :-)The then named "assault set". Mainly that getting it was cheaper than buying sets of figs seperately. One I kept in it´s original set up, the others got cut up and made into various other Buildings or lengths of wall. All Long gone now.

I suspect that there are many gamers that could tell a similar story!

I am like Steve, above. When I first saw this set with figures, I wanted one. Alas, being a young lad,I had no money for such an extravagance.

The wiff of "grape and shot"!
Exciting Napoleonic times ahead methinks

I remember buying my first one of these out of my paper round money!

I hope so! seriously though, it is like going back to me roots but in a new way.