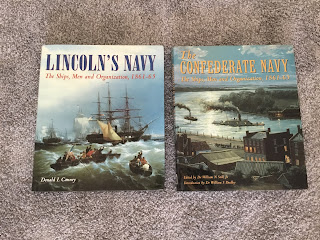 Absolutely delighted to add these two books to the library - £27 for Lincoln’s Navy and £5 for the Confederate. Really high quality content that will help round out my ACW naval collection - at least until I get the other dozen or so titles I am after!

My recent series of assorted disposals gave me a modest war chest for some bits and pieces and the latest additions arrived this morning. You will probably not be surprised to learn that there is a tale behind this! 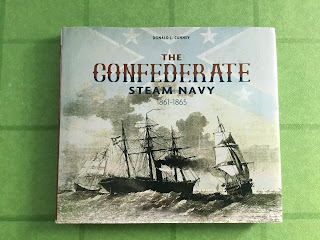 An admirable book but damaged beyond my standard for a ‘new’ book so was duly returned. I may well add it at some point but there are other titles I want beforehand

You may recall my recent post (02/06) about the Confederate Navy book that arrived slightly damaged. The damage was actually rather more than I initially thought so I opted to return it for a full refund. The book had been described as being ‘like new’ - it most certainly was not which was a shame really but there you have it.

Meanwhile, the two titles you see above that arrived this morning I had originally been ‘watching’ on eBay and were both listed by the same seller. Note the author of Lincoln’s Navy - the same chap that had written the book I had earlier returned on the Confederate navy. I ordered Lincoln’s Navy from the seller that both volumes listed but initially had decided against the Confederate title as I had the version by the same author on its way (the one that ultimately had to be returned due to damage I had originally ordered before pulling the trigger on the Lincoln title).

If you are following all this then well done!

The new Confederate navy title (the one in the picture just in case you have lost track!) then appeared listed with another seller at a much lower price than the copy that was listed by the seller alongside Lincoln’s Navy. So, as by now my damaged book was on its way back to its seller and I had been refunded I opted to bid on this book instead.

A confusing tale for sure but it worked out alright in the end! 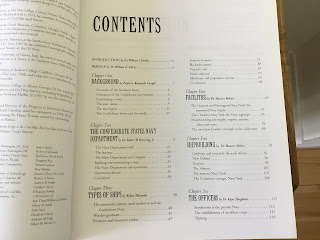 Page 1 on the Confederate nay contents…. 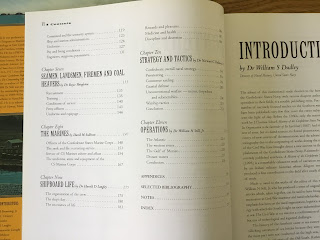 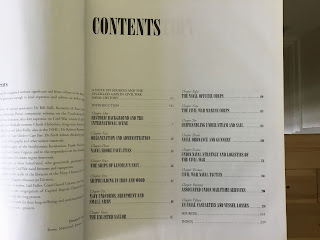 The contents of Lincoln’s Navy

Both titles are not encyclopaedic in respect of the ships that served etc but instead cover much ground in respect of the organisation of the navies and how they worked and what went where and why. It is all very valuable material and I will be sure to make good use of it.

All’s well that ends well and all that!

Useful looking books David…
I am tempted by them and I’m not even doing an ACW naval project.

They go into a lot of the nuts of bolts of the respective navies and fleshes out the overall picture. I am really pleased to have them both and so my ACW naval library has expanded its coverage somewhat.