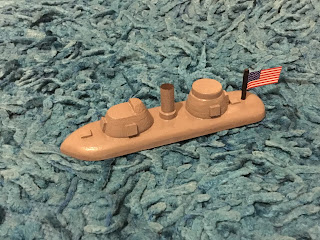 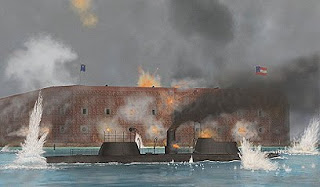 In the painting, based on the fort's flags, it could just be the wind is blowing faster than she is going.