This is not the post you are looking for…. 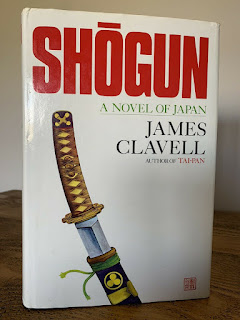 This will be a bit of mixed bag of a post as a few things have traversed the crosshairs so to speak. 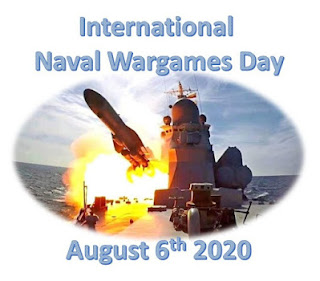 Should be fun and hopefully generating plenty of naval wargames after action reports across the blogosphere. The picture is courtesy of JJs Wargames

I have yet to fight the battle mentioned in my previous post but there is a very good reason. August the 6th is the International Naval Wargames Day so I have decided to fight the battle then in keeping with the occasion. Besides, I am not quite ready to fight the action as there are a few administrative issues to tackle first. 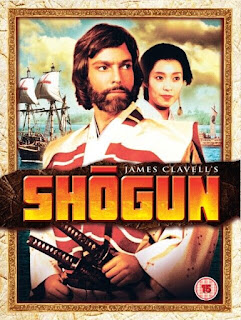 I remember reading the book and watching the above TV series and even the film version - basically an edit of the TV series that was brutally short, roughly a quarter of the size of the original.

James Clavell’s epic novel Shogun needs little introduction from me, neither does the 1980s TV adaptation starring Richard Chamberlain and the late, great Toshiro Mifune as lord Toranaga. I note that a remake of the TV series is in the offing, spread over ten episodes and coming out later in the year I believe. I thoroughly enjoyed the book and the original TV series and so am looking forward to the new version. Back in the day (late 1970s and early 1980s) the novel of Shogun was hugely influential at the Newham Wargames Club in respect of providing some good background material for use with the Bushido role playing game - it was huge fun and many hours were spent in the company of Ronin, Samurai, Ninja, Shujenga, Yakuza and peasant characters.

I am still on the hunt for a cheap copy of the Shogun/Samurai Swords board game - the one with four hundred 1:72nd scale plastic figures in.

I was moving a few bits and pieces around in the man cave when I came across the gaming mats you see below. These were originally from the Axis and Allies WW2 collectible miniatures game. They are double sided and with hexes around 3” or so across (I forgot to measure them so will do the next time I am upstairs) - ideal for 15mm which of course they were designed for. I have used them a couple of times for some block based gaming, the last of which was here.

As a reminder this is what they look like. 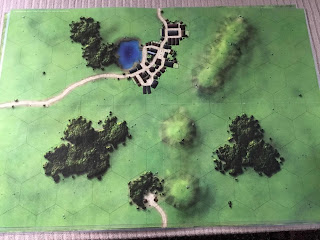 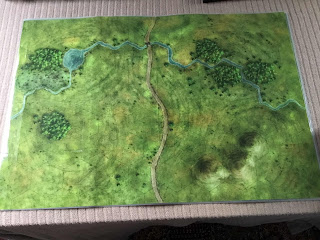 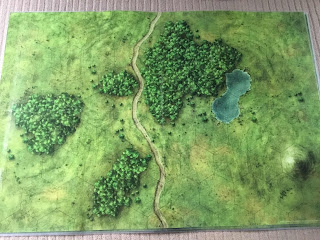 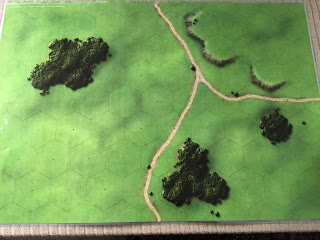 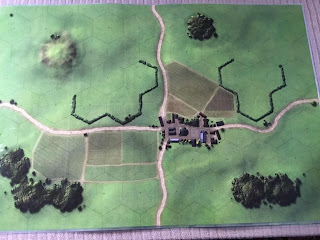 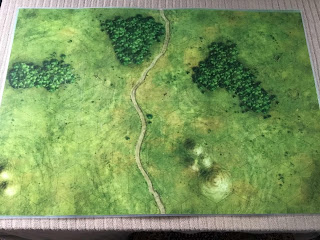 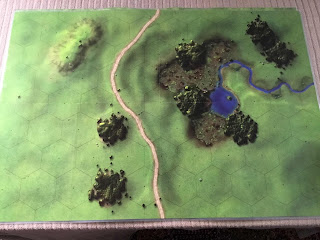 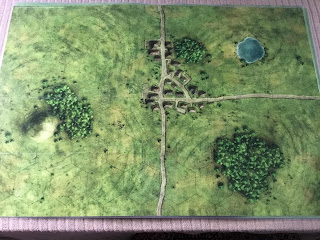 You can see that there are two distinct styles in respect of the artwork used so the sets do not really fit together well but that is a minor point. There is more than enough variety of layout for my needs though so I shall certainly be hanging on to them.

Work on the ACW ships has moved along slightly and now that my replacement tin of MDF sealer has arrived I can make further progress. I have been looking at some smaller gunboats, mortar rafts and flat boats. There are a few other models to consider so I will need to get some drawings over to Warbases for some bits and pieces.

I reckon that has just about covered everything for now!

David -
The 'Shogun' game also had an iteration 'Ikusa' - which had prettier flags (yeah, OK) and lacked the katana (aww). Of course the latter aren't strictly necessary to play the game, but the do add a certain 'cool' factor overall. I got hold of the game about 30 years ago, and have played it about 3 times. I think I've played more diplomacy games in that time... I still think highly of the concept and the design, though.

When I read the Sengoku Wars chapter in the Portable Pike and Shot war games, I bethought myself of the game and its figures, and was able to try out the game. I just added some mounted figures - probably more than I really needed - and a few other bits and pieces.

I have a few of those Axis and Allies collectable AFVs and figures that I don't know what to do with, plus maps. The art work on the maps looks a bit different again from the examples you show. More akin to your first example, I think. I've never been able to find a use for these. The collection is a bit of a mish-mash. But if (any of) these are of use to you, you can have them.

All good stuff! The Englishman in Shogun is based on William Adams, who came from Gillingham, and there is a monument to him there, on Watling Street. it's probably about a mile from the sports centre where they held the Broadside wargames show recently. Someone should do a game on the theme, at that show!

I really enjoyed Shogun, both TV series and book. The first episode felt very 'immersive' and showed the disorientation and sheer culture shock of the 'Gaijin' sailors. It just occurred to me that the Last Samurai b borrowed heavily from those themes.

By the way, aren't you two years too late for that Naval Wargames Day? Or is 2020 a typo.

I very much enjoyed reading the post you mentioned - and for similar reasons! You can get secondhand copies in the UK averaging around £40 to £50 which is not bad considering the amount of ‘stuff’ in the box. I am waiting for the opportunity to pull the trigger as soon as the budget permits.

Re the Axis and Allies stuff - I will drop you an email later as I have a cunning plan….

You are absolutely correct about ‘Samurai William’ (I want to get a copy of the book of the same name) and running something Shogun based at Broadside would certainly appeal - I cannot see me doing it though!

On a serious note the potential for Samurai armies supported by Spanish troops on one side and English/Dutch on the other would make for a fascinating ‘what if?’. Certainly the nava dimension would be fun….

It is funny you mentioning the first episode of the TV series as I also remember it being a really immersive experience. I thoroughly enjoyed the Last Samurai - very entertaining although ‘Hollywoodesque’ as to accuracy. Visually it was stunning and interestingly the chap who played Katsomoto’s senior officer will be playing Toranaga in the new version. Not sure how I feel about that is Toshiro Mifune was the right build for Toranaga whereas the new chap seems a little on the slim side.

I am pleased you spotted my ahem, deliberate mistake…. the day is the same though!

Like Chris, I enjoyed the tv series and loved the book. I shall certainly keep an eye for the new show. What channel/service will it be on do you know?

The series will be released on FX but I son’s have an exact date yet. I am really looking forward to it though!

International naval day always sneaks up on me. Too bad. It would of been a good excuse to get my 1/1200 age of sail ships out of their storage box. 😀
I missed out on Shogun.

There is still time to get the age of sail ships out of their storage box! Which Shogun did you miss out on? Book, TV or game? (You could technically add the film in but that was just a very poor edit of the TV series)

I would recommend the book first. The 1980 TV series is on DVD so you can pick it up on eBay or similar. Be warned though, whilst it is a great story the production is good but quite 1980s! The board game can be picked up readily enough although it is not the cheapest.