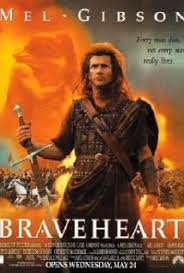 Did somebody say FREEDOM!!! One of the film 'highlights' of 1995

1995 was a very special year for me in that it was the year my daughter Holly was born. It was also the year in which it was the last time I did something. The something in particular was going to SELWG - the wargames show organised by the South East London Wargames Group. This year however will be different as I have decided to break with a 16 year habit and intend going to the show - SELWG 2012

I am quite looking forward to it (although the attending trade may well have in its grip of 'Ooh, shiny' before I can batten down the wallet!) and will promise faithfully to take pictures - lots of pictures.

It should be fun - at least I hope so.

I recall the days BC (Before Children)

BC is actually more apt than you realise as I made the journey by public transport and it took 2 1/2 hours each way - just to get across London! BC is also 'before car' in this case.

I am looking forward to it though.

I shall be there too. Instantly recognisable by my Paint it Pink leather jacket. Come say hi.

I shall certainly look out for you although I will not be wearing anything pink!