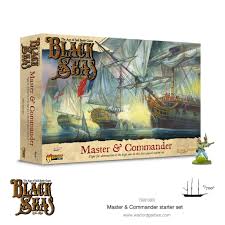 "I can resist anything except temptation or perhaps one should always choose the lesser of two weevils...."

This was a tale that grew in the telling.

Around summertime last year rumours abounded that Warlord Games were going to launch a coastal naval wargame complete with rules and an extensive range of models in 1:300th scale. This of course eventually saw the light of day as Cruel Seas and it has proven to be hugely popular. Some time prior to the official release I contacted Warlord to offer to produce a review of the game and indeed, I offered to purchase a copy of the game in advance of its publication in order to do so. This is a key point in the story as I did not want to appear to be a freeloader. In truth I was really excited at the prospect and potential of this game, albeit with reservations over the choice of model scale.

A number of emails flew backwards in forwards in a positive fashion - appreciation of my offer was extended and and this eventually morphed into them offering to send me a complimentary copy once the initial pre-orders had been satisfied.The chap I was dealing with seemed very sincere and although the game had in fact been launched I was looking forward to receiving my copy so that I could tackle the review on the blog, thereby spreading the word further. It all seemed like a win-win as far as I could see - I would get a free copy of the game and they would get an extra review, above and beyond the usual channels.

Remember I had offered to pay for my copy of the game.

Then it all started to unravel. Despite repeated assurances that my copy was awaiting dispatch nothing arrived. In the meantime the game had moved along with copious reviews in the wargaming press as well as online. My original intention of a review was fast becoming redundant!

I should also point out that the chap at Warlord said that they are always looking for reviewers and playtesters for their new products and games and indeed, when I extended my offer to assist with Black Seas the response was positive and that I would be notified in due course.

Then came the radio silence.

In respect of Cruel Seas I kept getting the 'we are so busy dealing with the game launch and pre-orders so that dispatching review copies is further down the list but please bear with us as we will get to you' response which, to be fair, was understandable given how successful the game was. I waited patiently.

Then the answers to my emails became harder to get and fewer. I was getting frustrated by this but when one is getting a freebie in my experience one has to be patient - and so I was.

The months dragged by and the only response I received was when I posted on a Warlord Games Facebook group and this was along the lines of 'someone will contact you directly'.

Cruel Seas grew and thrived and then the first murmurings of an age of sail game appeared which again, I had been previously told that reviewers and playtesters were always wanted and so once again I threw my hat in the ring. Once again I was not looking for a freebie but for the opportunity to help shape something that I am interested in.

This summer came and went and the pre-launch hype around the release of Black Seas continued to crank up interest so, almost in a fit of pique, I dropped Warlord one final email in the chain stretching back over a year. The email was curt and dripping in sarcasm as I was not expecting to get anything by way of a response.

Imagine my surprise when a response email arrived the next day. It was hugely apologetic in tone and mentioned that the chap I was dealing with originally had left the company some 6 months ago - I did not mention that all my emails went to a shared inbox so anyone could have responded if they wished, it would have been churlish for me to have done so - and whilst I was now too late to get in on the Black Seas playtesting they would welcome reviews on the models. To this end they are sending me a box full of ships with all the sails and rigging paraphernalia and also a copy of the rules in PDF format when they available for my trouble.

I was quite taken aback by this (and a little guilty of the tone I used in what I thought would be my final email...) so I emailed the new chap expressing my appreciation of their offer and acceptance of their sincere apology. I was doubly surprised when this was answered almost immediately by way of a confirmation!

I was quite willing to pay for my involvement in the development of either game but Warlord offered me a free copy of Cruel Seas which they then quietly forgot about. In retrospect from their side they could have handled the whole situation rather better than they did but the gesture from them in respect of Black Seas is most welcome and appreciated as is their apology.

It is quite obvious that initially Warlord were overwhelmed by the success of Cruel Seas and so I guess I kind of fell through the cracks so to speak. This was further compounded by the chap I was dealing with originally moving on from the company. I am glad I persevered with them and that the outcome, whilst different to what was originally intended, is a pleasing one all the same.

Of course I have yet to receive anything from them but I will let you know when I do....:-)

An interesting story indeed David, I really hope that warlord come through for you with this new game as it does sound like something I would like for myself and any reviews are helpful in deciding if it's worth the price. I watched the YouTube video of the game being played by the rules author, have to say the ship models are beautiful.

On another note -and equally long running sage - my daughter is here in Spain for a couple of weeks. She brought my recent S&S order out with her, a weighty box full. This means that she has space in her luggage to carry home a box full of C&C blocks for you :) I'm going to pack in as many as I can and let you know. I knew we would get there eventually !

Its nice to see that good chaps do get rewards after all!

The whole Warlord saga has been a frustrating and irritating experience but credit to them as the chap at the end seems to be genuinely on top of things. I hope that the follow up is as successful. Of the game itself I will reserve judgement until I see it but in any event it is about the models for me. If the Frigate and sloops are anything to go by then this will be a labour of love and whilst I cannot see me raising fleets of two and three deckers the smaller stuff really takes my fancy.

Good news re your daughter and the blocks and thank you once again. It would be useful to know what there is being shipped and if space or carrying capacity is an issue. I will not be going to SELWG after all but if you are in London at all please let me know. In any event I will email you later.

I am pleased that at last someone has addressed this in a professional manner and needless to say I am looking forward to seeing what there is. In many ways this is is of greater interest to me that Cruel Seas - not because of the subject matter but due to the size of the models they opted to produce. 1:700th is a good scale for ‘wind and water’ actions but I think that 1:300th is too large for the coastal stuff despite the models being lovely.

I will post on the blog once I have the package and I shall be getting the base set of the game in any event.