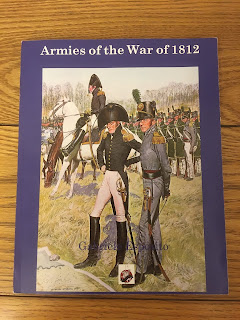 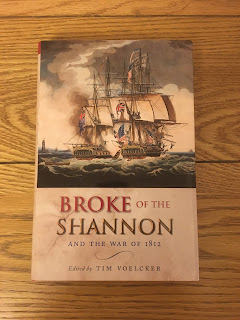 The Royal Navy represented by H.M.S. Shannon besting one of the big Yankee frigates, the U.S.S. Chesapeake, despite the Americans not being aware that it was a duel resulting from a written request!

"As the Chesapeake appears now ready for sea, I request you will do me the favour to meet the Shannon with her, ship to ship, to try the fortune of our respective flags. The Shannon mounts twenty-four guns upon her broadside and one light boat-gun; 18 pounders upon her maindeck, and 32-pounder carronades upon her quarterdeck and forecastle; and is manned with a complement of 300 men and boys, beside thirty seamen, boys, and passengers, who were taken out of recaptured vessels lately. I entreat you, sir, not to imagine that I am urged by mere personal vanity to the wish of meeting the Chesapeake, or that I depend only upon your personal ambition for your acceding to this invitation. We have both noble motives. You will feel it as a compliment if I say that the result of our meeting may be the most grateful service I can render to my country; and I doubt not that you, equally confident of success, will feel convinced that it is only by repeated triumphs in even combats that your little navy can now hope to console your country for the loss of that trade it can no longer protect. Favour me with a speedy reply. We are short of provisions and water, and cannot stay long here."
— Philip Broke, original message edited by James and Chamier 1837

Apologies for the delay in bringing this auspicious edition of the Sitrep to the blog - well it is number 50 in any event!

I have been rather caught up in a veritable smorgasbord of matters ACW, Spencer Smith and the age of sail - not to mention planning terrain and also the first game using the newly completed 30mm collection.

I have finalised what I will be acquiring for the ACW collection and the order will be going in over the weekend to that very nice man at Spencer Smith. I am also tinkering with left over figures from this collection with a view to seeing what they can be turned into with a little work - rather like gamers used to do back in their plastic heyday. You will have seen the very useful looking fez wearing gentleman from a couple of posts ago, well I am messing around with some other figures to see what I can come with as, needless to say, there are some cunning plans in the mix.

Thoughts of terrain for the 30mm collection are now front and centre as virtually all the pieces I own are really designed for use with much smaller figures. I am opting to use 2D/3D stylised buildings so I need to experiment with some ideas. The problem with using larger figures is of course that inevitably the table footprint of any scenery is larger. In many ways what I am planning will be almost 'cartoon' style and so will doubtless offend the purist. I have probably long since been denounced for modelling heresy so I will not worry too much about that!

The Age of Sail was originally going to be a winter project and indeed, it may well still be but I must get some terrain organised for the ACW first of all. In respect of the project I have in mind something that will also give me a good excuse to dabble in some associated land actions. Originally I was thinking about the Adriatic or the Mediterranean but instead I am looking to the war of 1812 against the US of A. The naval side will be quite low level in terms of numbers and is also very well supported in terms of the written word. I would not have to worry about building up great fleets of battleships for the war so the model count can be kept quite low - an important consideration when one considers rigging etc! Inevitably thoughts of the war of 1812 led me to looking at the land side and in truth, whilst it is a war I know very little about (aside from the war at sea and that is also rather limited) it does tick a lot of boxes in respect of the size and variety of forces in use. From what I have seen a number of troops could pass muster from a Napoleonic set up and indeed, paint conversions would cover a multitude of things if the above book I acquired is anything to go by.

There is also a number of figures produced by Spencer Smith that could be used quite readily....

I am now on the hunt for a good account of the war from the land side so if any readers have any recommendations please let me know.
Posted by David Crook at 08:55

Funnily enough I've just started reading the following by Stuart Asquith: 'The War of 1812: A Campaign Guide to the War with America 1812-1815'. It's a conflict I know virtually nothing about, but I was drawn to it for historical and ImagiNations gaming, as you can combine land and naval actions quite easily. Initially I planned to use Bob Cordery's rules, but may branch out into some Rebel & Patriots and/or Black Powder.

So far a good overview of the conflict, the major battles and uniforms etc. A useful bibliography in the back for further reading, should one require it.

Many thanks for the heads up and I have ordered the same. There is also a companion volume of scenarios which could be interesting.

Like you I am thinking that Bob's rules and Rebels and Patriots would work well and I also like the land and sea combo.

Steve beat me to it... a lot of Wellington's veterans ended up in America at the end of the Peninsula campaign and as a result weren't available for Waterloo s there's a close Napoleonic link as you say.. wasn't this the war where we also burnt down the Whitehouse?

I would also recommend the Stuart Asquith book. As for terrain, I always think using buildings one size down is a good way to go. Maybe the buildings you already have wouldn't be such a bad idea.

It most certainly was! Many might say that doing the same thing now may be a good idea but of course, I couldn't possibly comment....

The order is in and you are right about the buildings. The one I have are a little on the small side but will do for the interim.

There were a lot of actions on lakes and even rivers with sailing vessels, as well as on the high seas.

The only book I've read was a general history of the war was John K.Mahon's 'The War of 1812'. Useful for an overview and context and it does have some good maps.

That looks like a good place to start and certainly I had thought about the actions on the Great Lakes as well.