This week has been productive in many ways - but not quite in the way I intended!

I spent some time researching and making notes for the naval side of the Arab Revolt and unearthed some details about the Turks fighting the British in Southern Arabia around Aden. Small scale stuff to be sure but ideal for Portable Wargaming - even for The Men Who Would Be Kings. It has given me a new area to explore and will help to round out the project from a geographical perspective. Besides, and theatre that has operations involving armoured cruisers supporting a landing by elements of a naval brigade gets my vote! Work continues on the list of ships required for this but I am quite close to finalising it. There will be a couple of surprises contained therein - certainly some of the operations I am thinking about would best be described as outrageous....

I have planned to revive and reinvigorate the block armies for use on a non gridded playing surface and so moves are afoot to tackle this. What I am proposing to do will not take long and will not be difficult but it is a case of when to fit it in. I need to acquire the materials to do this in any event so suspect hat it will feature early in the new year. 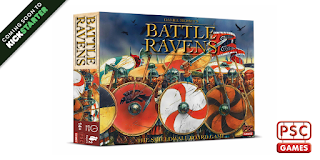 I rather like the look of this and am already thinking about other periods the system could be used for - not to mention using figures rather than the cardboard counters included - despite being designed by the incredibly talented Peter Dennis. 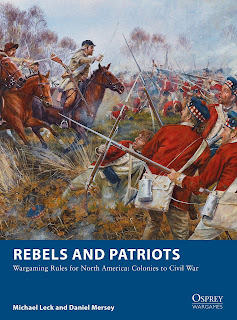 Now this is something I would be rather interested in for the ACW Kurz and Allison project amongst other things....

There are two offerings due from Dan Mersey of Lion/Dragon Rampant/The Men Who Would Be Kings fame - another rule set in aforementioned series called Rebels and Patriots covering the wars in America to the Civil War. I will be very interested to see these (due out in January I believe) as they may feature for the Kurz and Allison ACW project. Also from Mr Mersey is a board game called Battle Ravens which covers fighting from the perspective of a dark age shield wall. I rather like the idea behind this and the first thing that struck me was that it would be easy to substitute figures for the Peter Dennis penned units in the game. the second thing that struck me was why not use the same system for well, anything where the combat is up close, personal and shoulder to shoulder. My first thought was Greek Hoplite warfare followed by pike blocks. Romans against tribesmen or ordered troops - spears or pikes - could all make for interesting match ups. 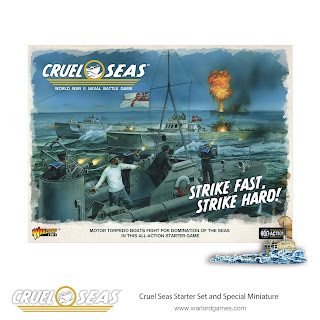 I am really looking forward to this!

We are getting close to the release of Cruel Seas from Warlord Games and I for one am very excited about this. I have been lurking around my local W.H.Smiths for the December edition of Wargames Illustrated for an overview as well as the free plastic sprue (which I know some readers have already seen) of either an S Boat or a Vosper MTB.

If anyone buys the magazine and does not want the model let me know as I will happily take them off you!

By virtue of a rather busy domestic schedule I was not able to get any painting done over the last couple of days but next weekend I have two sessions I can make use of. this should enable me to finish the WW2 ships for the North Atlantic project aside from the bases.

Part of the domestic round this weekend included the annual 'double up' of Nectar points at out local Sainsbury. Over the course of the year we had accrued over a hundred pounds of Nectar points which meant that we could spend £200 on selected lines in store. Suffice it to say there was a lot of Christmas presents included in this for the family. For my own part I shall be acquiring a copy of Vietnam by Max Hastings. It is currently priced at £13.99 in Sainsbury so effectively I paid £7 for it. For a £30 book that is pretty darned good!

All in all then it was a good week with lots of 'stuff' taken care of despite not getting to the painting table which is something I shall tackle in earnest next weekend.
Posted by David Crook at 09:36

No such luck yet!

I am keeping a weather eye open and shall be 'filling my boots' when I can get to the plastics. I am very excited about this game and will be interested to hear what David Manley thinks of the rules.

Looks like we'll get our chance at WH Smiths on the 30th November
No need to camp outside I hope ;)