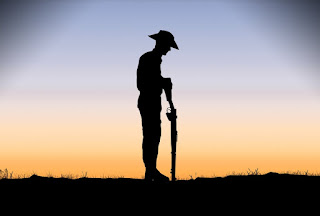 Today is ANZAC Day - the annual day of remembrance in Australia and New Zealand “that broadly commemorates all Australians and New Zealanders "who served and died in all wars, conflicts, and peacekeeping operations" and "the contribution and suffering of all those who have served".

The service of the armed forces of both Australia and New Zealand has been both long and distinguished and there can be little doubt that their contributions in both world wars was a significant factor in the eventual Commonwealth and Allied victory. Originally organised to honour the members of the ANZAC (Australia and New Zealand Army Corps) formations following the Gallipoli campaign in WW1 the day has continued to be observed by both nations in remembrance of those who served in war and peace.

There is a joint service of remembrance held between members of the Turkish and Australian armed forces at ANZAC Cove on the Gallipoli Peninsula. This first took place in 1934 when Kemal Ataturk delivered the following words to the attending dignitaries.

Those heroes that shed their bloodAnd lost their lives.You are now lying in the soil of a friendly country.Therefore rest in peace.There is no difference between the JohnniesAnd the Mehmets to us where they lie side by sideHere in this country of ours.You, the mothers,Who sent their sons from far away countriesWipe away your tears,Your sons are now lying in our bosomAnd are in peaceAfter having lost their lives on this land they haveBecome our sons as well 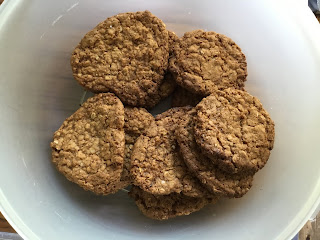 On a different but related tack as part of the lockdown we have been entertaining our grandson with various things including cooking (which both he and my son enjoy hugely). One of the comestibles that resulted from this ‘bake off’ was the legendary ANZAC biscuit.  The first batch were a little on the crunchy side but the batch above were delicious! I had an interesting time explaining to my grandson about ANZAC day and ANZAC biscuits and as he went on holiday to Turkey last year also about the Gallipoli campaign. I was especially proud of him as he equated the significance of the day day with our own day of Remembrance in November.

They answered the call and served with distinction as you say. We in the ‘mother country’ owe a debt to them.

They certainly did - on land, at sea and in the air!

I had also not seen the speech previously although was aware of the bond between Turkey and Australia over the Gallipoli campaign.

As you rightly say, very moving.