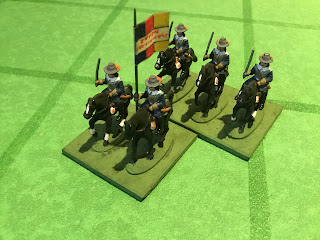 I have made a start on organising the remnants of Eric’s late 17th and 18th century collection and as expected it has been time consuming but rewarding experience. So far I have sorted out five boxes of figures which represents roughly a quarter of the total. The first thing that struck me was just how big a part of his collection consisted of Hinton Hunt and Higgins. These have all gone so the remnants consist of various editions of Minifigs, Hinchliffe, Garrison and some that I have been unable to identify. For many of the units Eric stuck a small label on the underside with the name of the unit written on it which has proven to be really helpful. The remnants are an interesting and eclectic mix and there is certainly sufficient to raise some Portable Wargame sized forces - probably on an imagi-nation basis. 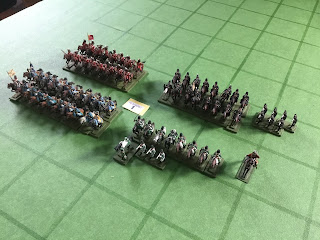 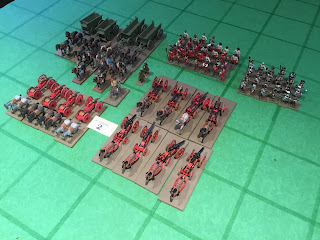 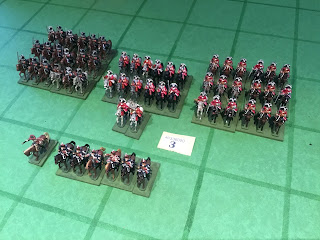 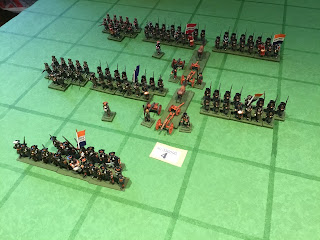 4. 1680 to 1720 Dutch. Infantry regiments Scheltinga and Van Freihem together with artillery and the Garde de Voet. 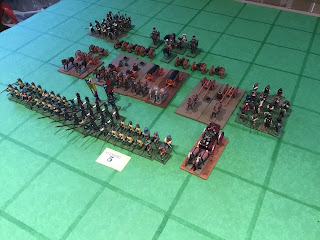 Still to be sorted is the remaining Prussian Seven Years War, the Austrians and the Bavarians and then there s the small matter of the ‘remnants of the remnants’ which appears to be largely an obscene amount of artillery and various engineering items.

Should anyone be interested in anything shown above and would like to know more please drop me a line and I will be happy to help. What I can say is that prices are very reasonable but please do not ask me to break units up.
Posted by David Crook at 16:35

Sadly the wrong scale for me, but love the Old School look of these:).

Simply beautiful David, he was a great collector.

They certainly have a charm all of their own. I must confess that the one thing I have learned from this exercise is that large armies of 25/28mm figures are no longer going to work for me in respect of storage or even assembling them in the first place!

He certainly was and this is merely a fraction of the whole!