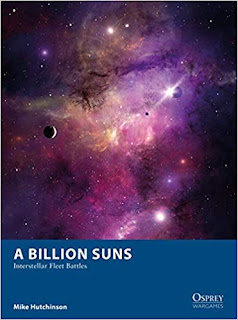 Not out until May but certainly one I am looking out for. The author was responsible for the hugely successful Gaslands post-apocalyptic car combat rules so they should definitely be worth a look.

As you would have seen from my previous two posts it has been a pretty busy  but successful weekend. I have roughly another 5 or 6 boxes of material to go through but for the most part this is artillery and as you might imagine, it is on an Eric scale! There are guns of course – ranging from battalion pieces up to huge siege mortars. There are all manner of limbers and these are both horse and ox drawn as well a number of ammunition and general baggage wagons. The pictures for these will be up on the blog next weekend.

Sorting through these was actually quite therapeutic and certainly now I have a handle on what there is as well detailed notes it will (and indeed has) make the disposal of the same a whole lot easier. There has already been some interest expressed on certain elements so the boxes should not be around for much longer all being well.

The figures I have represent the last of Erics 18th century collection so next up will be WW2 and the humongous amount of material that Eric had for this. There are not only figures but also a vast array of vehicles, not to mention terrain. It will be a huge undertaking for sure.

My new Deep Cut mat is currently being prepared and so should be with me by the end of the month. I have started readying the final batch of figures for my 30mm ACW Spencer Smith set up and I am also organising some of the terrain I will need. There is a development in respect of the ships for this project and it looks very much like they will around sooner rather than later meaning I will need to get a move on in respect of the rules I am planning to use. There is also the small matter of the gazillion labels I need to start applying to the assorted wooden Command and Colours blocks.

I am picking up the Del Prado Napoleonic collection at the end of next week which will mean a substantial amount of rebasing as I have settled on using individual bases. The collection will essentially be replicating the blocks from Command and Colours Napoleonics but naturally they will be usable with other rules. There is some excess built into the collection and so I am confident that Bob Cordery and I will be able to spend many happy hours swapping figures from the similar surplus he also has!

I will have some work to do with my various Sci Fi games but only to get them ready to use so no painting at this stage. I notice that there is s et of deep space combat rules due out from Osprey by the chap that wrote the highly popular Gaslands post-apocalyptic car racing rules. I believe they are called something like One Billion Suns – that should incentivize me to look at my Red Alert collection!

The War in the Pacific is something that has come at me from pretty much out of nowhere and I blame that very nice chap Trebian for this. His recently released book ‘Its getting a bit Chile’ covering the war from 1879 to 1883 is really good and contains not only an excellent set of rules but sufficient background material to get one started in the period. I have sufficient excess Spencer Smith kepi wearing ACW types to form the nucleus of a modest set up of something that is not only a little different but also would not take a lot to put together. His book is also now available as a PDF from the Wargames Vault as well which is very handy indeed and of course my thoughts would also include the Portable Wargame, a couple of the Dan Mersey sets as well as the naval dimension. Unusually for me I really fancy painting some figures up for this period but it will be a while before I do. Something for later in the year perhaps.

My plan for WW2 gaming using Heroes of Normandie received a welcome boost in that I have worked out exactly what I will need and from the figures perspective it is very modest indeed. I am looking at around 50 figures a side which will include infantry, command, machine guns, mortars, infantry anti-tank weapons and gun crews. All of these will be based individually which is very much my preferred option at present. I will need to add around half a dozen or so vehicles a side (although probably more for variety) and these I am looking forward to tackling as it has been an age since I assembled a tank kit.

All in all then it will be a busy year but there are some definite end points in there. The main thing though is that I want to get some games in using figures ideally but Command and Colours blocks if needs be. I can’t wait!

Plenty to keep you busy once again David! I've ordered a copy of 'It's Getting A Bit Chile' as from the reviews of read, they look to be a great set of rules and have some nice ideas on them. Hopefully they should arrive this week. As I base my 19thC troops on 1" square bases, with 4 bases to a unit, I can use them for Rebels & Patriots, Bloody Big Battles, Neil Thomas' rules, The Portable Wargame, Black Powder and IGABC. Having that versatility as a big bonus!

On the face of it the rules are more detailed than I would usually use but having said that they are very well described and so having a game with them presents no difficulties. What I was most impressed with though was the amount of hard work that went into producing the book and all the background material - laced with Graham's sense of humour.

He is a hugely passionate fellow and this was a personal crusade for him and so I was always going to dabble in it!

I have ordered an appropriate uniform book (not the Osprey) and am also looking at the naval side so this for me will be a great side hustle.

This is never going to be the 'main event' for me but as you have pointed out, using the figures with multiple rule sets makes for something a little different.

You will enjoy the book for sure.

Once you go the way of the Sci-Fi there is no turning back!

I really enjoy sci fi games but historical come first. It is handy though to have a good selection as back up. The only thing missing is something fantasy related but I have a couple of ideas about that.