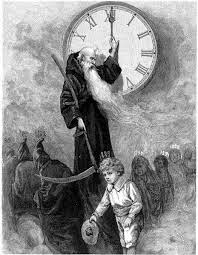 A Happy New Year to one and all

It has been a strange year to be sure. I started off with the best of intentions with what was a relatively sensible project list that probably did not survive past January the 2nd! On reflection I seem to have a pretty elastic interpretation of the word 'list' - but everything on it usually gets some attention at the very least - maybe not quite as much as I would have liked though!

The biggest highlight for me this year was the impact of the 20mm WW1 Middle Eastern collection - I say impact because the acquisition and rather rapid disposal of the same has enabled me to tackle a number of other items - projects that may not have seen the light of day otherwise. the main beneficiary was my new Hexon set up as well as finishing off the capita ships for my Jutland 2016 project. there are a few other ideas in the mix as a result of the sale - the 10/12mm ACW set up being one.

Mention of Jutland has of course reminded me of yet another missed deadline - I had hoped to have the capital ships completed for the end of the year but at the time of writing I am still 25 ships short. I was able to complete the paining of 6 ships today though - they are merely waiting varnishing and the basing.

One of the 'distractions' has been the realisation that next year - 2015 - sees the bicentenary of that rather significant punch up in Belgium in June 1815. I am of course referring to Waterloo. My feelings about this campaign and the place that it occupies in my personal wargames story needs little by way of a reminder so I shall refrain from repeating myself. Suffice it to say I shall be doing something by way of a commemoration - using a combination of of Columbia Games divisional level boardgame - Napoleon for the strategic level movement and my block armies for the tactical side. The game uses combat values varying between 2 and 4 for the divisional sized units so translating these into standard Memoir of Battle/Command and Colours units should be easy enough. In truth I have a lot of material ready for this idea from a few years ago so bringing it up to my current thinking should not be too onerous.

Next year then will see two things happening for sure - something 1815 related and further work on the Jutland project. Those two are the main protagonists for the ear but that does not mean I wont be dabbling elsewhere - I just need to keep things manageable.

Contenders for the 'something else' category include Saga - the Crusades version, Salamis, the ACW and something Sanussi related. I also rather fancy something sci-fi based but am not sure what.

It only remains then for me to wish you all a peaceful and prosperous new year and I hope that I shall be back in the blogging groove rather more frequently than of late!

Christmas greetings to one and all!

I can only apologise for being somewhat tardy in extending seasonal greetings to one and all - I can offer no excuses other than I have been enjoying the family celebrations! I shall draft a fuller post tomorrow evening with some pictures etc but suffice it to say the bluff and hearty redcoated chap was very much on point in terms of the present haul. As usual it has presented me with a number of project dilemmas but I am sure you know me well enough by now to know that I am never easily swayed from my charted course or each careful step along the byway.....

The only thing I can readily confess to is redicovering my 1815 Waterloo campaign mojo - probably just as well given the impending bicentenary.

Needless to say I have a cunning plan.

I have also renewed my acquaintance with Charge! My Messrs. Young and Lawford with a view to something rather radical for the new year.

I am at a loss to explain where the last twelve days have gone - I seem to have been doing a fair impression of a headless chicken - but things are now approaching was passes for normality in my neck of the woods. Work has been busy and SWMBO has been deep in festive planning - which usually means a lot of driving around for yours truly - but we have at last arrived at the "one more visit and we are done" stage. This means that I can at last pick up on a couple of outstanding items on the project pile - mainly completing the last of the capital ships for the Jutland re fight.

There has also been a major change in my computing set up as I have finally dragged myself into the current century and have acquired an IPad. According to my daughter that now qualifies me to be one of the cool people. I must confess that I am enjoying using it and it suits my needs admirably although I will need to keep an eye on the memory aspect as it is the 16gb version.

I have also been looking long and hard at the Sanussi revolt and what came before (and after as well) and am thinking that froma portable war game perspective there is a lot of potential. It is not something I am looking at in the short term but at some point I reckon it will feature.

In the meantime though it is back to the grey paint and from a gaming perspective something along the swampy bayous of the Southern states of the USA....
Posted by David Crook at 12:43 3 comments: