Making the best of things

The various minor injuries I am currently recovering from are making some progress although one does not 'bounce' as well at 54 as one did at 24! The biggest difficulty I have at present is gripping anything or using any kind of pressure or twisting movement involving the use of either thumb. Even unscrewing the already opened jar of marmalade for my traditional Sunday breakfast tea and toast was beyond me. The man cave is off limits at present as negotiating the ladder and entry would be challenging to say the least.

Luckily I have some gaming material to hand in the shape of various rule sets currently under scrutiny so I shall not be bored. If I am honest it is rather a luxury having this enforced lay off so I will have to concentrate on what I have rather than what I can get to.

I have playing the Chess with Friends app and have also taken my first step into iPad war games by playing the Normandy game produced by Battle Factory. It is quite good fun although I am struggling to capture Caen at the moment - the German armour is very effective!

I am not a well chicken. Aside from a sore throat and chesty cough that seems to have lingered for days I am also now sporting a wrist splint on my right hand for a small break in my thumb and a sling     on my left arm for a crack in my humerus (and trust me it is anything but!) and also my forearm - all as a result of taking a flying leap over the extendable handle of some young ladies wheeled overnight bag. I landed full weight on my left arm with some additional damage on the right. I was assured by the Samaritan like passers by that it was a Tom-Daleyesque effort....but without the Speedos....😄

The lady in question did not even bother to see how I was - she was far more concerned about getting into her waiting taxi, obviously en route to a pressing and hugely important engagement, than to worry about little old me lying sprawled on the pavement.

Luckily help was on hand and I was soon back on my way home and the inevitable wait at the local hospital.

So I am off work and am both ill and damaged - and feeling rather sorry for myself. Nothing serious but wearing, painful and tedious.

I am not going to bother attempting to paint anything for a few days so will instead concentrate on the rules for the Jutland project and also my plans for something 1815 related.

At long last the final models for the German High Seas Fleet at Jutland are finished - at least as far as the capital ships are concerned anyway. Some 21 dreadnoughts and 6 pre dreadnoughts were deployed for the battle with the battle cruiser Lutzow and the pre dreadnought Pommern being lost. The models are for the most part in metal from Stonewall Miniatures although the pre dreadnoughts and the three 11" armed battle cruisers - Seydlitz, Moltke and Von der Tann - are all resin from Panzerschiffe in the US of A. So without further ado (and following on from the earlier Royal Navy version of the same) I would like to present the German High Seas Fleet capital ships as organised in their Jutland formations. 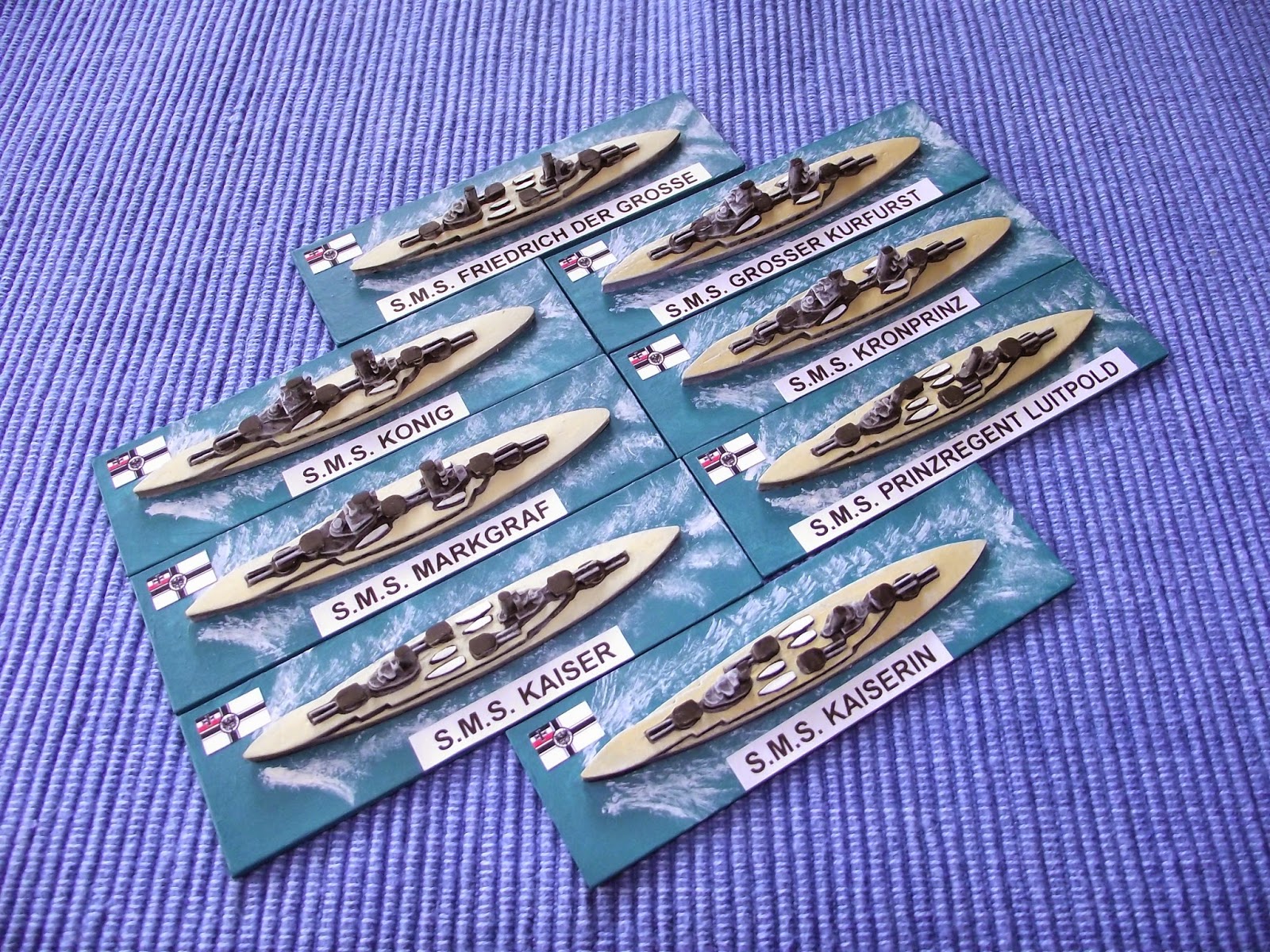 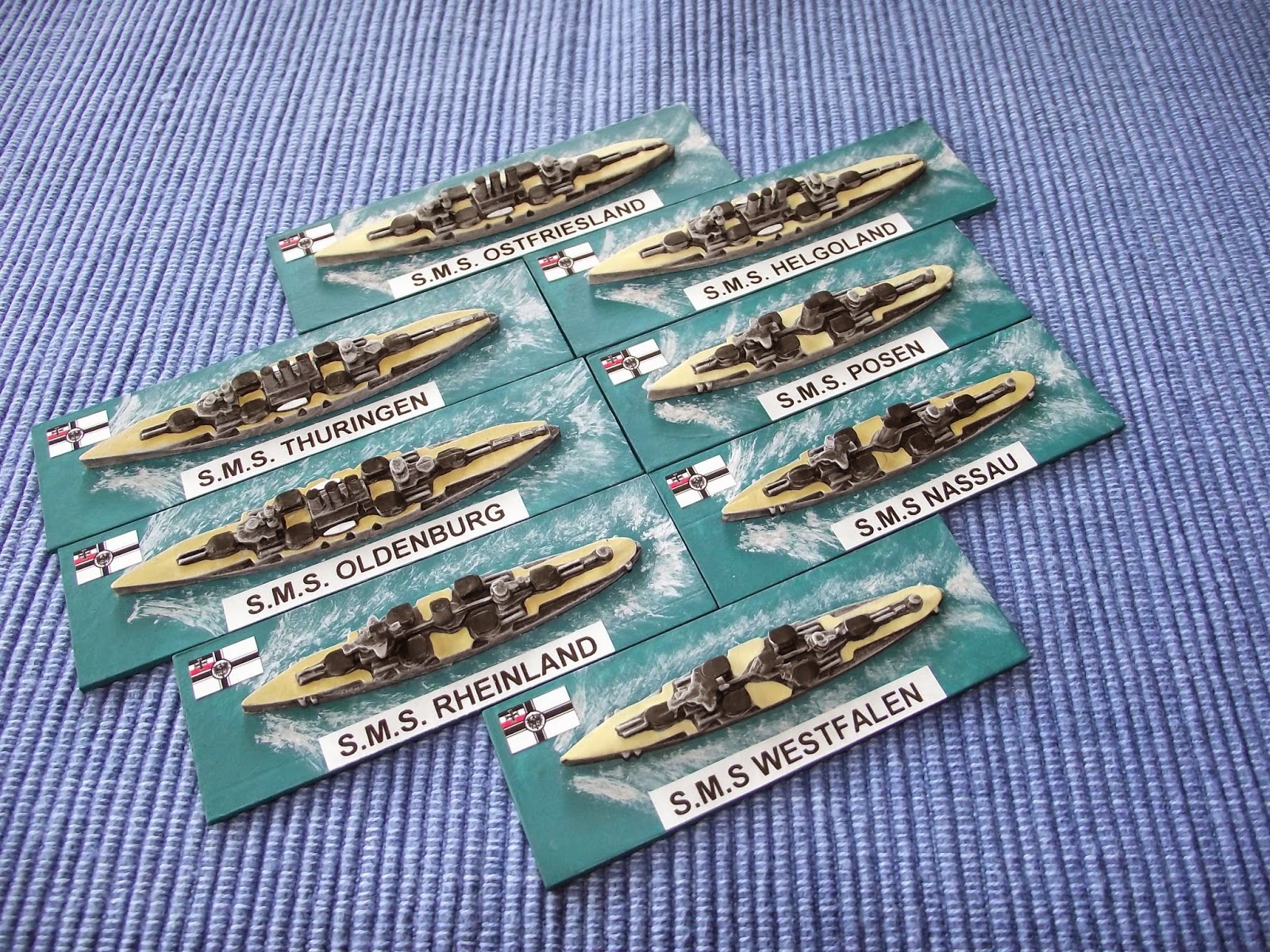 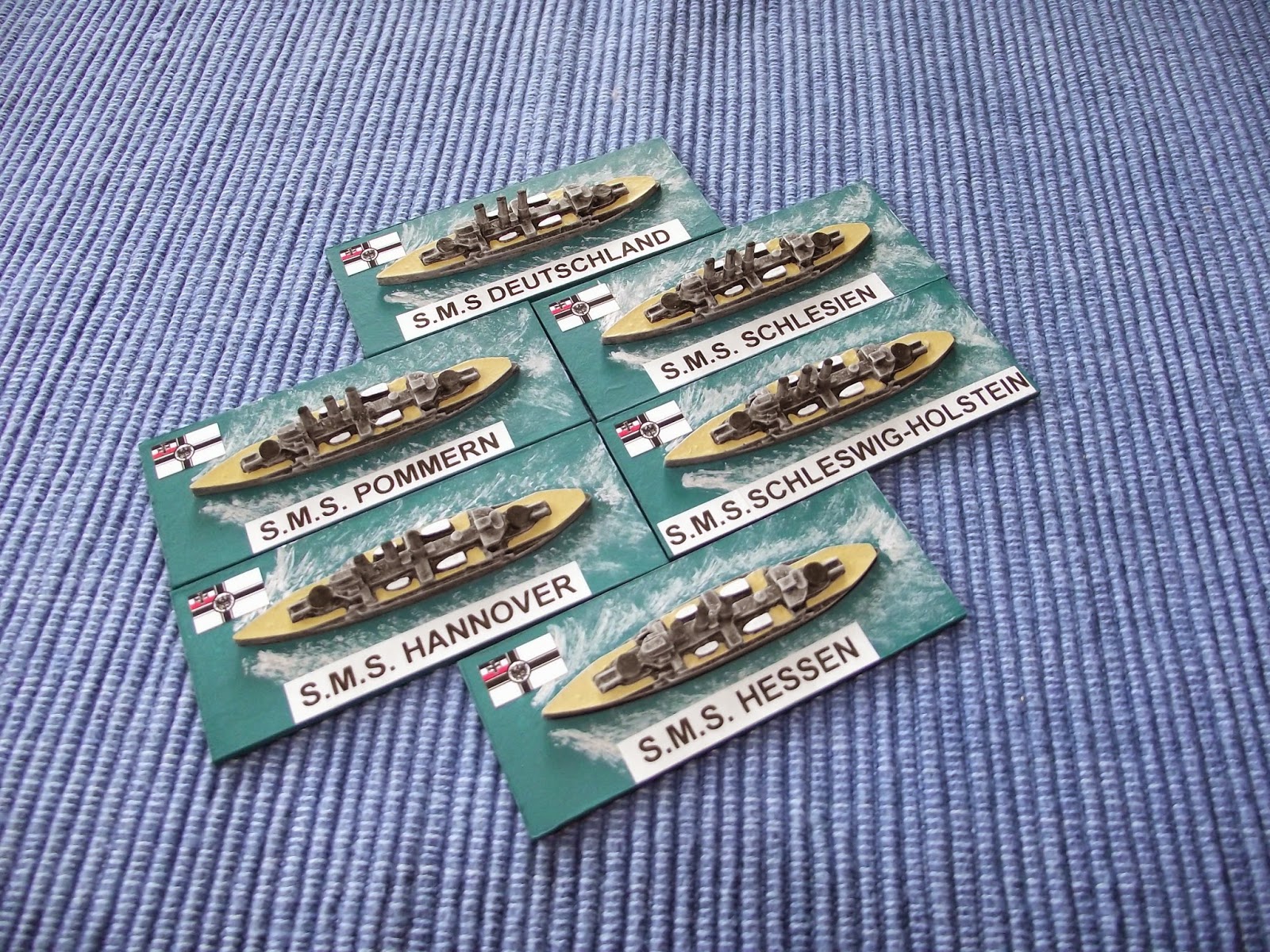 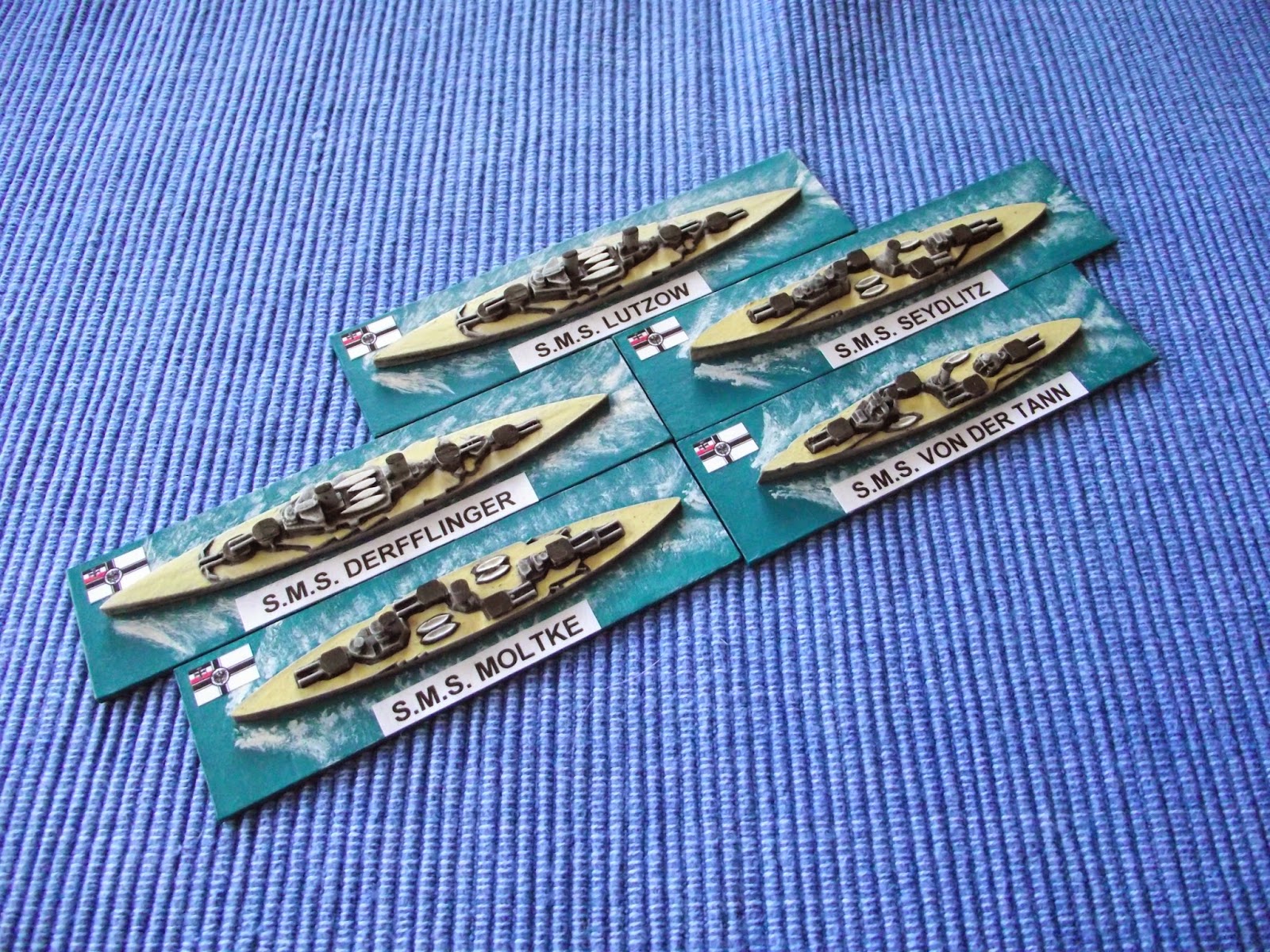 So there you have it. The capital ships as organised for the Battle of Jutland, May 1916. It has been a labour of love I can tell you and I am rather pleased to have gotten this stage of the project completed. The cruisers and destroyers are to follow but I will have the rest of the year to get them dealt with. I have a few of the cruisers already painted and have a sizeable amount of the RN destroyers already so I am confident that all will be ready for next year. The plan now is to focus on the rules and also turn mu attention to something land based - at least until the 18th of June anyway....;-)