Once again life has gotten in the way of anything gaming related so the posts have been pretty sparse. For a pretty significant event (which for legal reasons I am unable to elaborate on....) this state of affairs may well be changing soon and all will be revealed at he appropriate time. 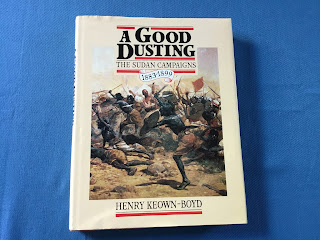 There is a certain style about reading a book by an author with a double barrelled surname....

Last weekend (14/05) SWMBO and I did our annual boot sale in which we attempt to fit a lorry load of surplus clothes, household items, CDs, DVDs and other bits and pieces into the back of our trusty 2003 Honda Civic - and usually manage to do so, albeit with much cursing and shoving. We had a very successful day and as is our usual routine some of the items that had not been sold are then donated to one of the local charity shops - in this case for a local hospice. I duly carted four boxes of stuff to them and whilst they were sorting the items out I happened to notice the book you see above. The very nice lady noted my interest and told me to take it.  A free book from a charity shop? Well she took the view that as I had just donated a whole pile of stuff they could afford to forego the GBP 1.25 it would have cost me.

I have read 'A Good Dusting' before and it is a quite tidy history of the campaigns in the Sudan so I was pleased to add this to my modest collection of books on the subject. It is a book club edition rather than the originally published version but that matters very little unless you are a purist over such things. Just the inspiration one would need for some mini campaigns Portable Wargames style. 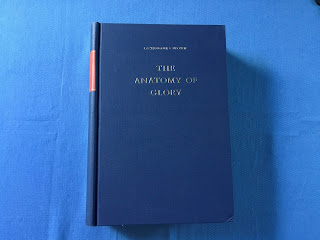 A great doorstop of a tome and a steal at £2.00 - pity about the dust jacket though

The second title is rather more imposing and is a copy - sans the dust jacket - of Lachouque and Browns seminal history of Napoleon's Imperial Guard: The Anatomy of Glory. This was acquired this morning from a boot sale for the princely sun of GBP 2.00 so I am feeling rather smug at the moment. The book has a small dent on the cover and some 'foxing' of the pages but all the maps and plates are intact - and very nice they are as well.

At the time of writing we are still no nearer getting the kitchen sorted out - we have now been some thirteen weeks without a kitchen floor and having to go back and forth to the garden shed for certain essentials is fast becoming a chore. At least it is not the winter though!

We are also some three weeks away from our belted honeymoon to the Cap Verde Islands so I have been quietly adding titles to the Kindle for my holiday reading. I shall also be taking the IPad and a couple of notebooks to get some ideas together but the most important thing is that my wife and I will be able to R-E-L-A-X for a couple of weeks - and after the year we have had that in itself will be most welcome!

One of the things I really enjoy about blogging (and have missed due to the paucity of posts I have written over the last year or so) is that often one is lucky enough to get a comment or comments that really strike a chord - the kind of thing that really makes you think about what it is you are doing and how you are doing it. I had such a comment in my last post from Steve-the-Wargamer and it is to him that this post is dedicated, ably supported by Arthur Harman - and this is no way a criticism of these two worthies. Originally I was going to merely answer the comment but my thoughts took it into a post so I thought, why not?

I have been a wargamer for some forty odd years yet I do not possess a single painted army. I have owned numerous over the years but am blessed/cursed with a very short attention span so many ideas tend to come ago - usually with the amassed material being offloaded at a discount to either the club, my circle of wargaming friends or, more usually, eBay. More recently I have been working in a job that, to be frank, leaves me little time to consider anything gaming related - especially in respect of the work needed to get armies assembled for use on the tabletop. The problem is that I am generally guaranteed to run out of steam with a particular project long before it is ready to be used and the lack of time available tends to make this worse. It was for this reason I made such an effort with my huge collection of block armies - I can game with them in pretty much any period I fancy with the block colours being the sole difference between the two forces. This worked really well as the Games folder on the blog will testify. The blocks however, are not figures.

I have always liked using figures but I am very particular about the type I use. I do not like 28mm as I believe that for armies the figures require too much in the way of work to get ready as well as more space than I have readily available - not to mention terrain and practical considerations like storage. I take my hat off to those who choose this scale and can produce large and fantastic looking collections - it simply is not me. The closest I would get to using this scale would be for skirmish level games - but these are not 'war' or even 'battle' games. I suppose I am a little old fashioned in that I like my armies to look like armies which means a lot of figures. Messrs. Young, Grant and Lawford were able to do this using 30mm figures and large tables - neither of which I have access to nor the inclination to replicate. At a smaller figure scale though that is a different story.

I like figures that are simple in terms of details simply because they are easier to paint and are more forgiving of a basic painting style. I really like the flat colours and gloss varnish approach but most modern figures simply do not look right with such an approach and it is also difficult to find professional painters that want to 'dumb down' their painting skill (and the cost). Detailed figures need a detailed paint job which takes time or money so you can see the problem I have - no time to paint detailed figures and no interest in doing so, nor the finances to consider the professional approach. I am kidding myself if I think otherwise. Smaller scale figures are a different kettle of fish though.

These days even 6mm is fast becoming more detailed and needful of a modicum of effort. It is a scale I could be comfortable with - the same applies also to 10/12mm although they are also becoming more and more detailed with the corresponding increase in time and effort. The downside of course is that there is nothing available hat could be described as suitably generic in a chocolate box kind of way. One could dive into a number of ranges if one wished but, as a crude example, a Napoleonic 1815 British infantryman will always look like one (unless one used them 1812 Americans of course....).

The figures contained in the Perry set have struck a chord with me for a number of reasons. Firstly, they are very generic. They are loosely based on a homogeneous composite of Napoleonic uniforms so the difference between armies can be limited to the uniform colours used. As they are so generic there would be no twinges of conscience when painting up, for example, a French Fusilier figure with a green jacket for an imagi-nation type army. Using a generic troop type in this case is a positive advantage with the useful feature of doubling up as a proto-historical type when needed. If the scenario being fought represents, for example, a battle from the Peninsula War between Wellington and Soult (or whoever) then as long as the two forces can be told apart (mainly red or blue) then who cares? I certainly do not - which means I will probably be burnt at the stake for heresy. The fact that the Perry figures are completely generic is for me a positive boon. I will paint them and will differentiate nations by the uniform colour - possibly even a standard or two - because that is basically what I have been doing with my block armies. The figures themselves will cover a time span or around forty years if you are not too fussy - and believe me I am not!

I could have used historical figure ranges but that would defeat the purpose of what I am trying to achieve.

As far as the terrain in concerned I am really pleased with what is available. For sure one could make or buy something similar but again, that would take time and to be frank I could not do it as well as the Perry twins have done. The permutations of board set up are not endless but should serve to give sufficient variety for all but the most pedantic gamer, especially when one is using scenarios to define victory conditions - terrain will assume much more importance. My thoughts at present run to using a 6 board set or 30 by 20 squares as this will give the army feel I am looking for. this is a personal choice as I believe I could have endless fun merely using one base set.

For the 20th century I shall be using Tumbling Dice 3mm figures and the vehicles available from Magister Militia. Interestingly enough the buildings look fine with these figures so straight away the base set of terrain will be usable for both early years of the 19th and 20th centuries.

The rules are actually not bad within the context of what the Perry twins sought to achieve - I would have no problem using them as they are written. I may add a couple of house rules to go with them but then to be fair what wargamer worth their subscription to whatever society/magazine they take has not 'tweaked' a set of rules in some way?

From my point of view the Perry set has an awful lot to commend it and in many ways is ideally suited to my present circumstances. I appreciate that it may not be all things to all people but then within the diversity of our hobby it certainly serves a need. I also acknowledge that the sum of the parts could be acquired more cheaply but in many ways this would defeat the object of the set.

I would like to end this ramble by thanking both Steve-the-Wargamer and Arthur Harman for giving me pause for thought - which is something I do not get much time to do these days!