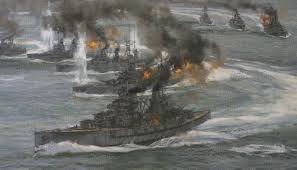 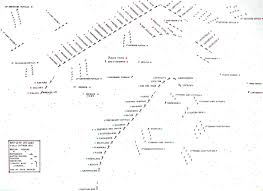 In less than two weeks time it will be the centenery of the Battle of Jutland. A quick trawl of the net reveals that various events etc are scheduled to commemorate the battle and I am sure that all of these have been carefully planned so as to be a success when they happen.
I wish I could say that my own modest contribution was as well organised - it most certainly is not although the work needed should take little more than a few hours at the keyboard. Work has really impacted on my hobby time of late so things have slid a little - actually they have slid a lot if I am honest - meaning that plans have had to be scaled back and altered from the original intention.
As mentioned previously I am looking to strip out the tactical rules from the Avalon Hill board game of the same name and use them without the strategic move option. I am looking at some four linked scenarios for the refight but of course the difficulty with this is that the first contact between the opposing sides may generate a very different outcome to what happened historically.
Initially this concerned me but after having given it some thought I am now of the opinion that it should make for an interesting refight. I will mirror the strategic moves as they happened but with (potentially) altered forces - with the key being how the Battle Cruisers make out in the initial clash.
However it plays out though, you can rest assured that I am looking forward to it!
Posted by David Crook at 12:55 2 comments: 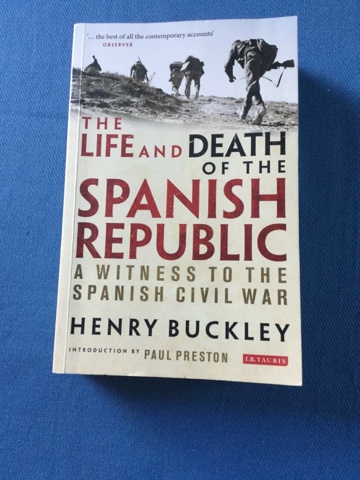 Something a little different but of a lingering personal interest
Well, it is a sunny Sunday in May so for me it can mean only one thing - the return of the boot sale! We popped out this morning to our local boot sale and unsurprisingly given the weather and the imminent bank holiday it was packed. There was not much of immediate value but I was able to acquire a copy of the title you see above for a mere 50p.
The Spansih Civil War is a period I would be keen to dabble in in some fashion and for a variety reasons have never really gotten very far with doing so. I acquired a large selection of 1/200th scale figures produced by a firm called Wild Geese a number of years ago but have never really done anything with them. They were pretty grim figures if I am honest and I disposed of them some time ago. Of course there is now a large variety of kit available in a variety of scales so drumming up forces would not be difficult although my own thoughts for the period lie is slightly different direction - and will form another post in due course.
Henry Buckley was the Daily Telegraph's correspondent in Spainduring the Spainsh Civil War. He arrived in Spain in 1929, six years before the outbreak of the conflict, and left Spain with the remnants of the Republican forces that fled over the Pyrenees following their defeat by Franco in 1939.
Buckley was well acquainted with the main protagonists of the conflict - Juan Negrin, 'La Pasionaria' Dolores Ibarruri, Valentin Gonzalez and Enrique Lister as well as being a good friend of Ernest Hemingway and Robert Capa.
I am really looking forward to reading this and I am confident it will give me a chance to tackle a small idea I have been mulling over - again, more of this in a later post.
Posted by David Crook at 19:03 2 comments: