Thoughts about the Land of the Rising Sun 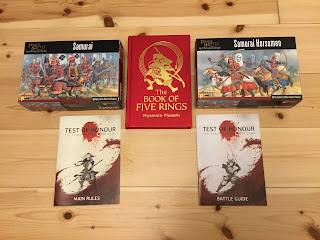 I know, I know - the Test of Honour rules were not part of the birthday haul but I couldn’t resist it! The two boxed sets of figures and The Book of Five Rings are both welcome additions to the collection.

I spent some time reviewing parts of the birthday haul and how they fit in the overall scheme of things. The 28mm Samurai infantry and cavalry box sets finish off rather nicely the selection that recently returned home - I now have 30 infantry and 22 cavalry along with around 50 or so Ashigaru which should be more than enough for my planned Lion Rampant sized set up and also for Test of Honour sized skirmishes.

I also had a closer look at the sprues for the figures. Initially these looked rather daunting - anything up a dozen pieces per figure - but on closer inspection I now feel rather more confident dealing with them. They are quite fiddly for sure but with care should go together well enough. I am looking forward to having a go at these once the ACW ships are finished.

The book is quite lovely. The cover is silk effect and the text is supplemented with a vast array of contemporary artwork on top quality paper. I have this book on my Kindle but owning such a lovely looking physical copy is a real treat and hugely inspiring to look at.

Of course before all this oriental goodness can take place I will have to finish the ACW stuff and also make sure that I have the requisite tools for plastic modelling - everything I have thus far has been used exclusively for ‘woodwork’! 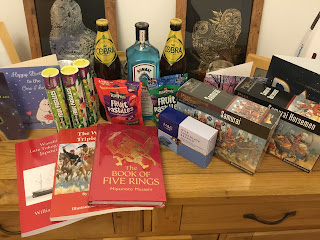 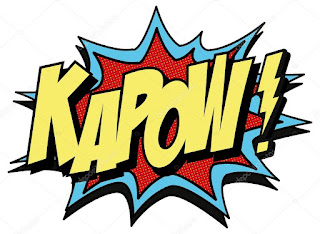 Nearly an uncanny coincidence for sure, but a welcome one.

This blog has been and continues to be for me so much more than a mere list of ramblings about various projects that have waxed and waned over the years - it is an integral part of my hobby and I am truly fortunate to have built up a modest following of kindred spirits that enjoy what I do and offer help and support in equal measure. I have allowed personal real life stuff in, all the while knowing that there is a sympathetic and supportive pair of eyes somewhere out there that will interact with me and provide a welcome distraction.

To everyone that has read or commented on my numerous flights of fancy over the years I extend my sincerest thanks and gratitude.

It means a lot.

Taking stock of a million page views and reaching 62 would, in certain quarters, be viewed as something to look back on with satisfaction and a degree of pride and for sure I am both of these things up to a point. The point is of course that never-to-be-scratched itch of things new and shiny or even of old things that are new and shiny that drives one onwards. I reckon I am good for enough content for another million page views although another 62 years may be a challenge….

Thank you all once again. 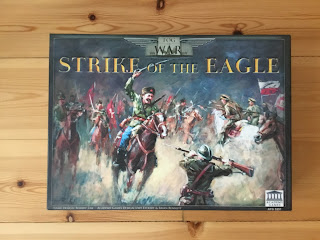 Close up of a game in progress 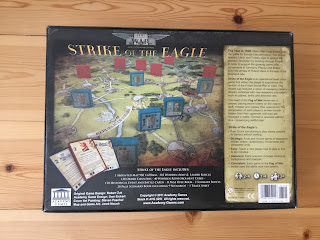 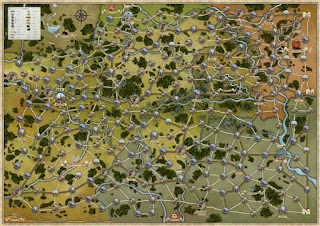 What about that for a map!

I am a sucker for a bargain - especially when it is a board game that is pristine condition and covering what, for me, is a period of history that I am unfamiliar with. So it was that I spotted the above board game on jolly old Facebook marketplace for a really attractive price I thought - hello, that looks interesting…. The rest as they say, is history.

This is the opening blurb from the 8 page rule book:

“The year is 1920. WW1 has ended, but the battle for Europe has just begun. Trotsky, Lenin and Stalin plan to spread the worker’s revolution by blasting through Poland in order to support the growing communist movements in Germany, France and Britain. Only the armies of Poland stand in the way of the Bolshevik state.”

None of the Great War trench malarkey with this - we are talking huge movements from Kiev and Minsk to Warsaw and the German border - compete with tanks, armoured cars and planes as well. The game is card driven and block based with blocks representing anything from 1,500 to 8,000 men.

The production quality of this game is really high featuring a mounted map that uses linked towns and cities together with road and rail networks, numerous counters, two decks of cards controlling the opposing forces and of course the blocks (that will need stickering) representing the units and key commanders.

There is also a potted history of the war together with scenarios ranging from the start of the conflict to the end. The game is also designed for two to four players.

I have recently been reading Antony Beevor’s new book on the Russian Civil War which overlaps this conflict so having this game makes for a useful addition to the collection. I also have David Manley’s excellent Steamer Wars Russian Civil War supplement so between the two I am sure that something may arise project wise. Time and research may or may not prove otherwise! 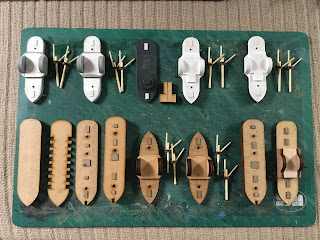 Eleven of the eighteen. The original ‘double enders’ are top left whilst the improved version are the two in the centre of the bottom row. The three hull pieces on the bottom left of the pictures are in fact one model - the lower hull, the gun deck and the main deck being three parts. Anything not undercoated will be attended to today.

Now that a suitable head of steam has built up in respect of the final round of ship building I have also been turning my thoughts and efforts towards completing the rules. I am happy these are complete and as it stands all I need to finish them is to revise the Confederate ship details and write up some explanatory notes to go with the combat example pictures I took yesterday. Once these have been dome I shall be pinging off the result to the play testing dream team for a final review for typos or any clarification that may be needed.

There are a few other writing tasks that need to be undertaken before the rules go to print. To begin with I shall be including a battle report - I have an idea for this but have yet to formalise it - as well as a brief guide to building the models I have used. There will also be the traditional introduction and acknowledgements as well as some designers notes or ‘how I got to where I got to’. There are some other bits and pieces to be included as well.

All of this is a reasonable amount of work although much of the preliminary spadework has been done - it is pretty much just a case of tying several threads together.

Meanwhile though, on with the models…. 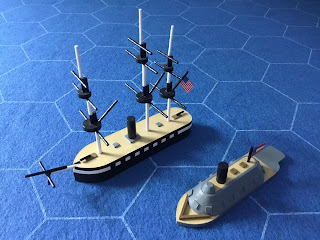 Union wooden steam frigate versus casemate ironclad - for the former this is unlikely to end well….

I spent some time yesterday sorting out the Union ‘double enders’ and am quite pleased with the end result. Some careful cutting and filing was all that was needed and so I was able to quickly get them caught up in terms of the stage of their construction with everything else that is currently on the modelling tray. This means that I have now have eleven models in active construction with a further seven to build. Of the remaining seven there are three that are casemate ironclads and the remainder are assorted gunboats.

Today I shall be working on the models again as well holding the photo shoot for the rules - this will be showing firing arcs and some combat examples. 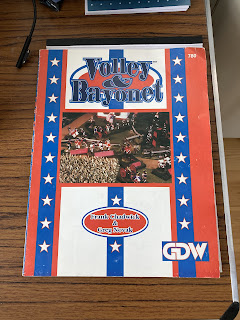 An original edition still with the counter sheet and without all the scribbles over every scenario! This copy was originally purchased in the USA, travelled to Athens and from there to Helsinki - from there it came to me although it did take some 29 days!

In the great box of books debacle of a few years ago one of the items lost in the ether was my copy of the original edition of Volley and Bayonet by Frank Chadwick and Greg Novak. It has been a challenge trying to get a replacement that would not cost an arm and a leg. David in Suffolk very kindly let me have a photocopy of the rules and I was finally able to score a set on eBay but these were the set that had copious notes scribbled across all the scenarios. I had basically given up getting a full set and as a last throw of the dice put a shout out on the Facebook Volley and Bayonet group.

Bingo! A very nice chap living in Helsinki was happy to part with is set and despite it taking 29 days to get here it finally arrived this morning.

What with them arriving and the wet room finally being commissioned as well as Turkish takeaway this evening the weekend suddenly looks rather more appealing!