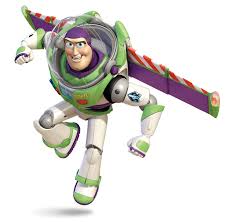 First of all a belated happy new year to one and all!

Well that did not work out quite as I had imagined! I have just gotten over the worst bout of throat and chest illness I can recall having - and it started more or less around the middle of December. It was so bad that at one point I spent five nights sleeping upright on the sofa as I was unable to lie down without having a long and spectacular coughing fit. Needless to say I did not sleep very well as a result but on the plus side I was able to watch the three extended editions of the Lord of the Rings trilogy as well as all seven Star Wars films...

I rather like watching films during the wee small hours although I will not be making a habit of it!

Last year was a bit of a write off for me from the gaming perspective - a combination of work pressures and rather more illness than I would have liked - so I have decided that this year there are no more excuses - I need to get some games and gaming in.

I have NO excuses for not getting anything done as the only positive from last year was that I was able to acquire all the material I needed for several projects. Time is the killer for me so I need to be quite ruthless about what  can do and how.

The project list includes the Crusades, ACW/19th century, Zulu war and WW2 in the Mediterranean - all in 28mm and plastic (except for the Zulu wars). These will be for fairly small set ups - think Lion/Dragon rampant and The Men Who Would Be Kings and that will give you an idea.

I have a couple of Sci-Fi ideas to play around with - spaceships and ground combat.

I also have a couple of 1/3000th naval ideas in mind - not to mention some 3mm Bloody Big Battles type actions.

To focus on any of this lot I need to very single minded which is usually a challenge for me however, I am looking to offload a whole pile of material which should help to focus my efforts somewhat.

Salamis and Jutland are still in the mix and if I am hones the latter would not need much work at all to be viable. My problem of course is that at the present time my attention is focussed elsewhere....

The time for moping about is ended - if I want to make things happen then I need to make them happen and so I intend tackling something small and readily 'doable' asap - I am looking to use this as the springboard to bigger and better things.

"To infinity and beyond!" may be a little cliched but I hope that the new year will give me the impetus to make things happen.

Glad you are feeling better mate - here's to a hobby filled 2017!

And he's back....... looking forward to reading your blogs this year.

Happy new year old chap! I really need to get some things done this year so I am working on the basis that it is better to start and finish something small than to start and abandon something something that is too large.

I think that what I want to do is of a sensible side so it is just a case of finding the time.