I have been a little out of sorts lately. I have been lethargic, woolly-headed and with occasional bouts of feverishness. I have also not been sleeping particularly well and my back and ankle (both old injuries - and neither being particularly dramatic!) have been acting up which has not helped. Everything is an effort and needless to say very little progress has been made with anything - I am feeling particularly 'wrung out' and so am now at home from week until next week and with instructions to just chill out.

Hopefully some rest and downtime will enable me to shake off the doldrums and regain my former joie de vivre! 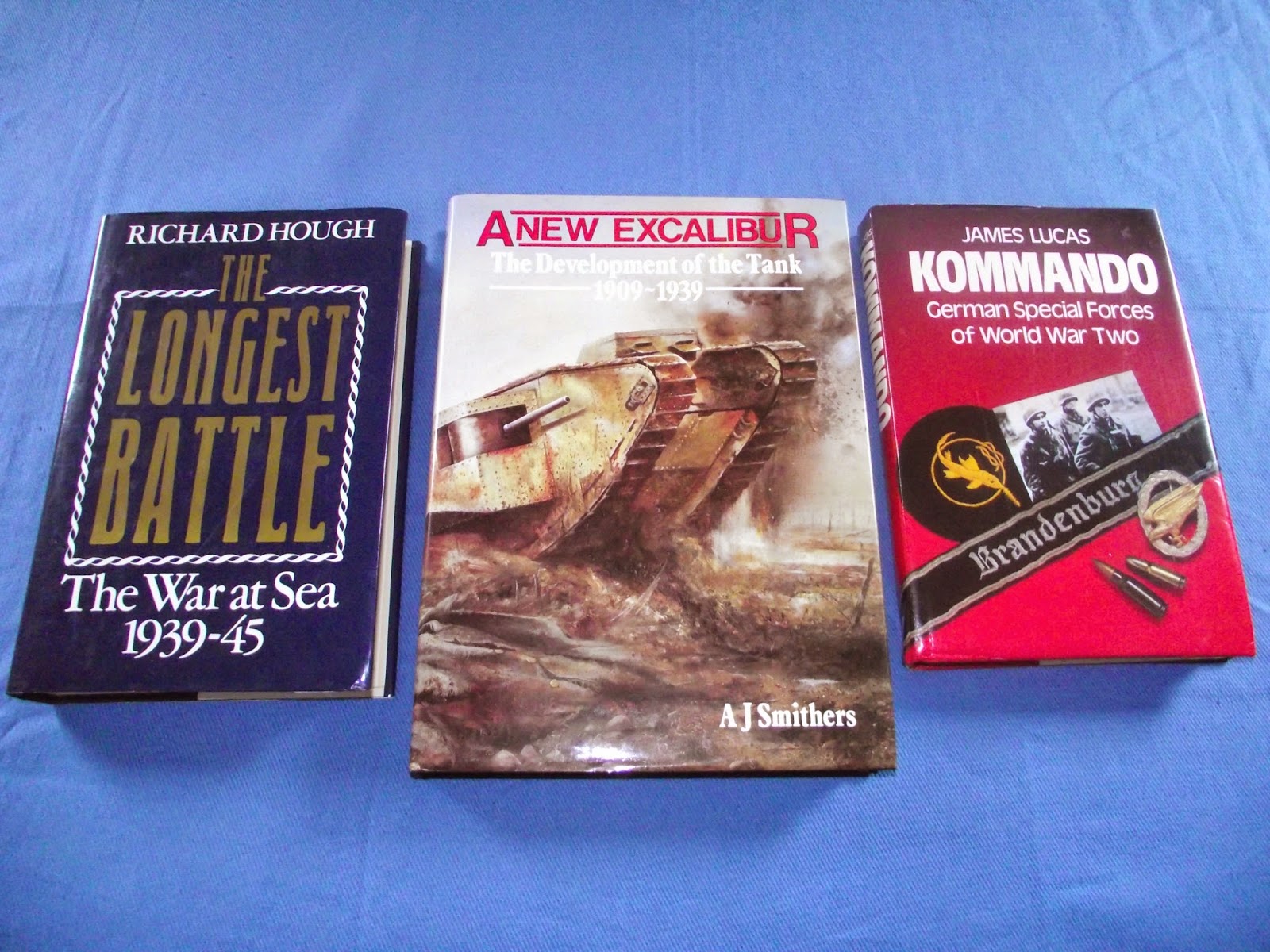 Gotta love a bargain! Not bad for £2 all in

In the meantime though I did manage though to get to a boot sale last Sunday and picked up the three books you see above. The WW2 German Special Forces title was the best of what was left as the chap was selling three titles for £2 but I was very pleased with the tank book and the WW2 naval title. I cannot see me gaming anything in the German Special Forces category but one never knows. 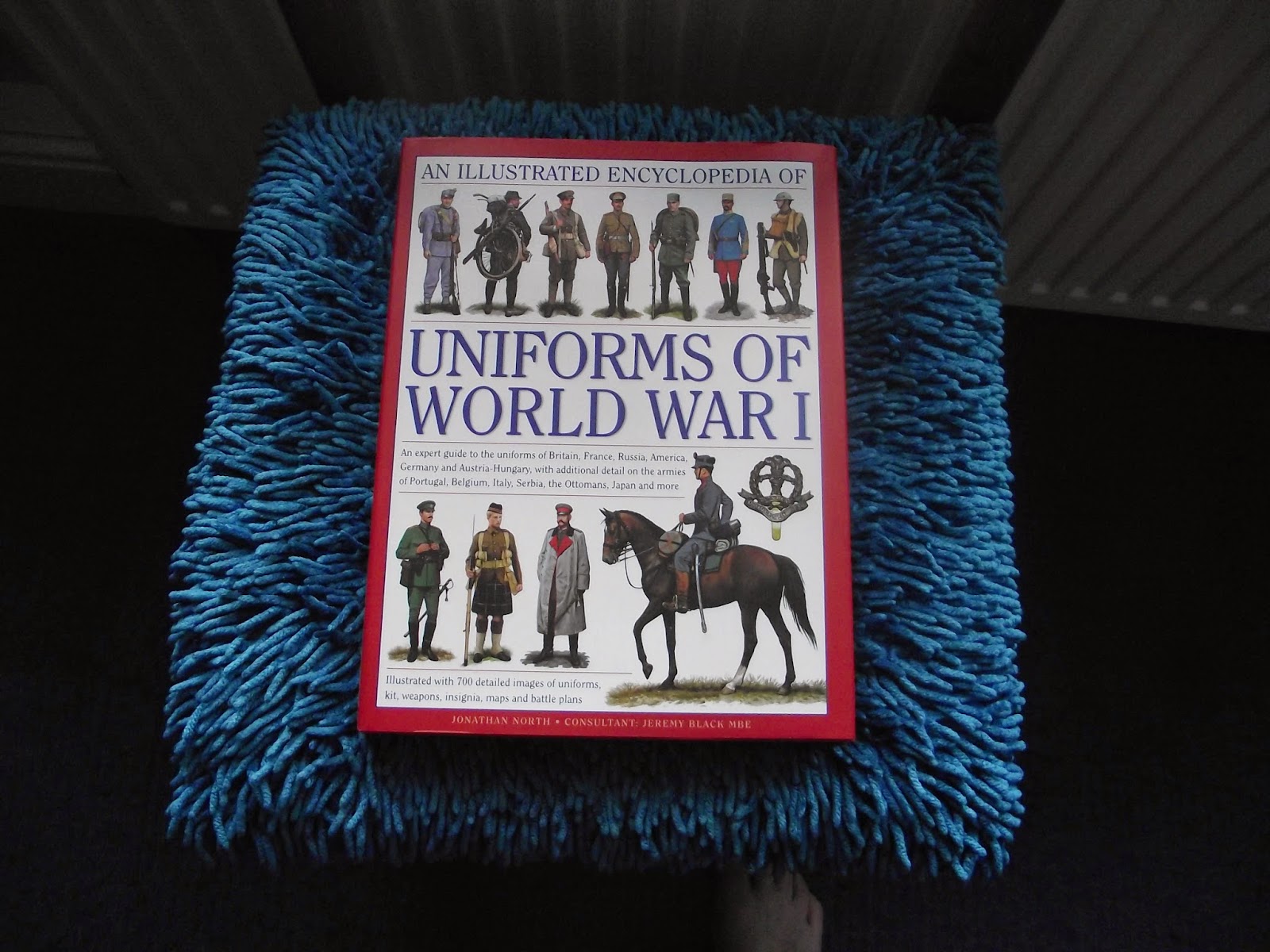 Rather pleased with this one and I am quite fond of the rest of the series as well.

The other book I acquired fills a gap in the WW1 collection in that it is a rather nice uniform guide - chock full of colour plates. I am sure there are more detailed works around but considering I am planning on using 10/12mm figures for this project much of the finer points would be lost - meaning I shan't be bothering to paint them as I certainly would not be able to see them at table ranges!

I am sure I shall return to my usual form in due course but for now I am just going to spend a couple of days pottering and letting my thoughts - if I have any that is - wander to wherever.
Posted by David Crook at 12:14

I hope you feel better some.

Only thing to do is put your feet up and make a dent in the book pile. Grabbed a good few during a "Charity Shop" trawl myself. Hope you are better soon.

Many thanks old chap! I think I have just hit a wall and it is my body telling me to ease up a little.

I am rather pleased with all of them and the uniform title is especially valuable.

I am sure I will back firing on all cylinders in due course.

I have managed to flick through a few titles but not in any great detail or with much enthusiasm if I am honest. I am sure this will pass though.

I always make a point of checking out charity shops as you can often pick up bargains from them.

"The Longest Battle" is a good read - just the thing to help you get chipper old bean!

It is a title I have long coveted so am pleased to have finally secured one! I am confident that it will inspire me in numerous directions so all should be well in due course.