A Tale of Two Bluchers 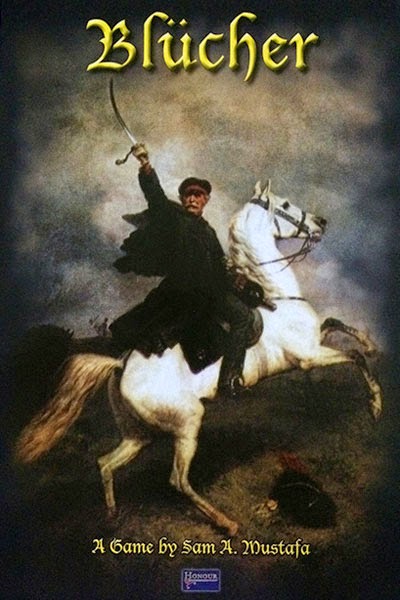 The first of my current Bluchers

I readily confess to having had my curiosity aroused when the above was first advertised across the wargames world - especially as the first expansion was devoted to the 100 Days campaign of 1815 of which my ongoing and longstanding interest is well known. So having absorbed a certain amount of positive vibes over the previous weeks I decided to take the plunge and acquired both items.

I have to say that have done so I am completely sold on the concept and ideas therein. The game is all
about fighting large scale battles set in the Napoleonic wars - either as a one off games or as part of a campaign using the Scharnhorst system included. Both the tactical and the strategic games are simple to execute yet contain the all important flavour so important in games at this scale.

I am really taken with the way that special abilities - unit traits in the rules - enhance the flavour of units to give that all important degree of national and type personality. Although the scale is very much army level having this degree of 'personalisation' adds to the fun and makes relating to your chosen army that much easier - one would expect for example, Russian line infantry to be stolid under fire and so they are in the rules.

Am I going to use this solely for Napoleonics? Nah, of course not! I reckon that without too much work the core system could easily be extended both back and forwards to include some of the 18th century as well the 19th up to the dawn of the machine gun and magazine rifle. My thoughts are even wandering in the 'imagi-nation' direction - which is probably no surprise either! Plenty to think about then - and I am sure to be doing so! 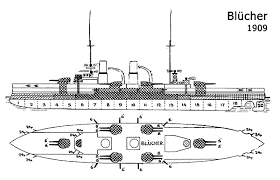 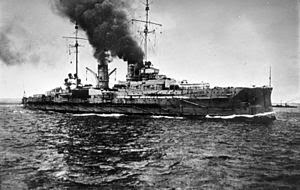 The second of my Bluchers refers to the ill-fated armoured cruiser the German Navy had in the Great War. She was armed in response to the Royal Navy allegedly building their equivalent ships with a 9.2" main gun. The Germans decided to use their own 8.2" which was better only for the first British ships - the Invincible class - to to discover that the Royal Navy ships were to be armed with 12" guns. As it was too late to redesign the ship (and the funds were not available to do so) it was built anyway. I read somewhere that she was even planned to go to the Mediterranean as the German representative in place of a battle cruiser. One wonders how things would have turned out had she been on station when war broke out instead of the Goeben. I was always rather fond of the Blucher as she was not a bad ship as such - it was just that she was a good armoured cruiser but less of a battle cruiser. She was sunk at Dogger Bank in 1915 and as this is the centenary year I rather fancied trying out a re fight of the action - if only to give my 1/2400th ships a run out with the rules I am planning to use for the Jutland re fight next year.

I have a Panzerschiffe casting of the Blucher undercoated and on the paint tray along with a couple of other ships for the Germans so will aim to get these finished over the next week or so.

Can I add a further 'Blucher' to your list ... your shoes!

I'm not a big Napoleonics guys, but I am indeed interested in using the Scharnhorst Campaign system for our ECW project we now have underway.

I never knew that - and my idea of what a 'vamp' is has also been expanded somewhat!

I should make this post a Tale of Three Bluchers then....;-)

Many thanks and all the best,

The campaign system is very slick and I suspect that many gamers will use it - even the non-Napoleonic types!