Messing about on the Tigris and the Euphrates 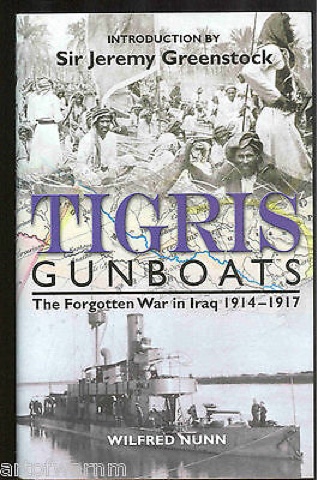 I am currently reading my way through the above title and it is an absolute belter! The Imperial foces tasked with securing the oilfields and pipeline initially made use of some converted steamers and sundry other river craft as well as some seagoing Victorian era gunboats to support the land forces. The vessels saw much action - not only chasing the Turks but also against the various tribes of marsh Arabs. These locals could be either supporting the Turks or the Imperial forces (occasionally both!) so one was never quite sure whom they would turning out for. Purpose built small China gunboats were eventually sent out and assembled on site but the forces available from the outset saw much action in support of the land forces as well as engaging Turkish naval forces in the area. The main RN presence at the outset were a number of Cadmus class sloops  - HMS Espiegle, Clio and Odin - and I was delighted to find out that they were all built in my home town of Sheerness.

As an aside the Turkish cavalry in the area was very active and quite successful being used against Imperial supply lines. The Turks usually fought well when attacked frontally but the gunboats were able to use the river to engage the flanks and so often were able to dislodge the defenders under a hail of 4", 12 ponder or machine gun fire. The Turks tended to use patrol boats mounting pom pom guns (typically old Nordenfelts) so the potential for some interesting actions - either combined arms types or pure 'naval' affairs is very high. The main Turkish gunboats were only armed with 9 pdrs which were insufficient against the 4" weapons of the RN sloops and later gunboats (especially the 6" armed Insect class).I have Dave Manley's excellent Steamer Wars rules to use for this and the River Wars supplement covers the use of land forces.

The Turks were outgunned on the waterways but made up for this with extensive use of blockships, floating mines and artillery covering key points. They also regularly peppered the Imperial vessels with rifle and machine gun fire.

All I need are some models so I am thinking that I shall be busy scratcbuilding!
Posted by David Crook at 09:34

Might be time to look at some of Bob's old scratch building posts.

In all probability I would need to scratchbuild the appropriate models or facsimiles thereof - luckily they seem relatively straightforward - but will not need many of them. The other alternative is to try and persuade Tumbling Dice to produce a selection of 1/600th scale model to add to the Lake Tanganyika selection already available.

I must confess that reading this book has really given me something to think about - anything with those hallowed words 'punitive expedition' contained therein will always get my vote!

You will not be disappointed! I have just gotten to the investment of Kut and the RN have had to abandon HMS Firefly to the Turks due to a boiler hit.

It is a really good read.

FWIW the next "Steamer Wars" installment is likely to cover this campaign :)

I am really looking forward to seeing that for sure! Do you have an ETA at all?