In order to translate the key elements of my Venetian/Ottoman/Austrian/Russia project for the tabletop I naturally need to conduct some research in the period from roughly 1650 to 1720. Aside from the altercation at Vienna in 1683 my knowledge of the period was sketchy at best but help was to hand in the shape of that very nice chap BalkanDave as well as a couple of very nice titles published by Helion. Naturally for the period I also need some rules and so a copy of The Pikeman’s Lament – a title in the ‘Rampant’ series led by Daniel Mersey – was also added to the collection. 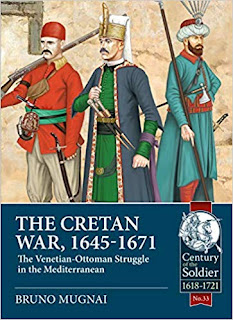 The first of the two Helion titles is an absolute peach of a book – spoiled only by not having a hardback option for which I would have gladly paid for – and covers the period from 1645 to 1671 when Crete was finally captured by the Turks. This is real pike and shot territory and so Dan Mersey's The Pikeman's Lament or possibly Donnybrook would be ideal for the lower level actions fought in a campaign dominated by sieges and naval actions. 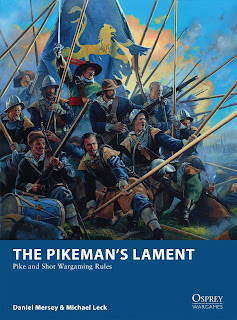 Another title from the 'Rampant' series

The two wars that I am mostly interested in from the long sequence of conflicts between Venice and the Sublime Porte are as follows:


Of the above two the latter featured the active involvement of the Austrians from 1716 to 1718. The Turks had also successfully fought the Russians before the Second Morean War and this forms the basis of the second book I have acquired for research purposes. 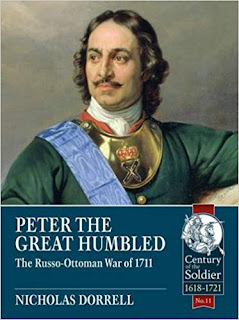 Fresh from his success against the Swedes Peter came unstuck against the Turks and indeed, was lucky not to have been taken prisoner. History could well have been very different had this happened!

There is plenty of potential from a gaming perspective whichever way you look at the period especially for actions at the lower end of the scale. Most of the fighting between the Venetians and Turks invariably revolved around sieges - the Venetians were short of manpower and were not the economic powerhouse of previous years - so skirmishes make for a manageable games in respect of the number of figures required, playing time and table size.

Once the Austrians appear then large scale battles feature as they did for the Ottoman war against the Russians.

Once again many thanks for BalkanDave for his input.