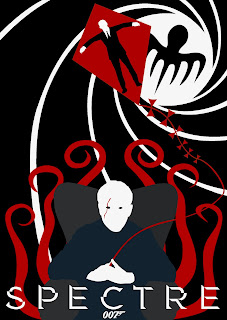 The blog post title was, ahem, borrowed from the film SPECTRE. I have yet to see No Time to Die but will probably binge watch the Daniel Craig sequence in order before doing so.

For the last six months I have certainly felt like the title of this post for sure! On Friday last week Laurel had a long conversation with her Neurologist following her latest set of scans. The good news is that the suspected AVM/AVF does not in fact exist - the bad news is that she has what appears to be a benign Ependymona or tumour growing on her spine. They wanted her in for surgery this week but she deferred until January for two reasons. Firstly, another few weeks would not make any difference to her condition and secondly, she wanted to get Christmas and the New Year out of the way first. The surgery will take around three hours with a four day stay in hospital and a six week recovery period. With this in mind the fact that my new job is fully remote is a godsend as obviously I will be on hand to help her during her recovery. Needless to say this latest diagnosis came as a bit of a shock so we have spent a relatively quiet weekend coming to terms with it and carrying out some routine domestic chores. 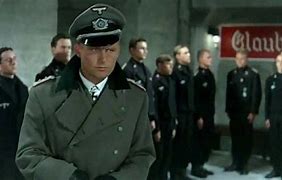 The film of the Battle of the Bulge was certainly not Hollywood's finest hour but for all that it was an entertaining romp in a Flames of War kind of way!

I managed to get a few gaming related bits and pieces attended to especially around packaging some long outstanding parcels (apologies again to Aly and tradgardmastare) and sorting out some books. I have been looking long and hard again at Operation Market Garden as well the Battle of the Bulge which also has a place in the list of campaigns I have studied on and off over the years. I remember completing a free choice school project when I was around 12 about the Bulge campaign and used as the basis a book on battles in Western Europe by, as I recall, David Chandler although I stand to be corrected. the film version starring Henry Fonda and Robert Shaw is probably best left unmentioned despite being pleasant way to spend a couple of hours, if only for sheer entertainment value! The Panzerlied was pretty stirring though despite now being banned for use by the modern German Army.

Aside from the above I managed to rearrange my ship modelling bits and pieces so once I can resume work the raw material I use will be far easier to get at.

I hope to get a few more posts in before the end of the year but depending on when Laurel's surgery is I expect then to be off grid for a while but hopefully not too long.

Well, fingers crossed that the tumour is benign. Having been there on the diagnosis front, it can take a while for it all to sink in. However a positive mental attitude and humour (not easy I admit) really help to deal with the situation. Well at least it worked in my case. So thinking of you all at this difficult time and wishing you all the best.

The Bulge film is bad but an easy watch, with the singing being rather stirring and one of the better parts of the film. There is a newer version which I haven't seen but no idea whether it is any good or not. I might try to check it out this week.

If the more recent Bulge film is the one I saw a few minutes of, don’t bother. Apart from the usual people of, erm, ‘modern’ proportions (think late 1970s Minifigs), the film was clearly shot somewhere hot. Nothing like one of the coldest winters on record.

A lot on your plate DC , hopefully the beginning of the new year will move forward to resolving things.
The hobby is a great distraction in difficult times and the planning of projects can divert the mind well if only for short intervals.
Thanks for popping it in the post , especially as you have a lot more important things to think on.
I am amazed that song was banned as recently as it was, l thought that process was finished.

Give Mrs Dave all my best, sounds like the best decision leaving the op until after Xmas. All the very best!

Glad to hear that a definite diagnosis has been made, if only because that gives your wife a prognosis. Given that the West are world leaders in surgery this has got to be good news.

Still, a positive mental attitude makes for the best treatment and recovery outcomes. So, here's to being positive, and if there's anything I can do please, just ask. We can talk over zoom if either of you need some counseling.

All the best to you both. Love.