Greece in the Project Machinery 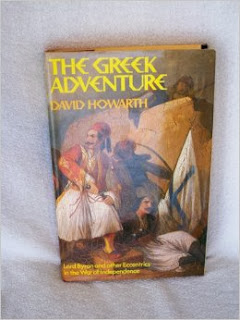 An entertaining and inspirational read in 2013....


Following on from my previous post I have just completed reading the book you see above - a book acquired by chance at a boot sale ages ago. The author, David Howarth, is a particular favourite of mine for no other reason than that he had written one of the most inspirational books of my war games career - A Near Run Thing, covering the battle of Waterloo. I read this avidly back in the early 1970s and still have a copy of the same which I dip into occasionally and still be inspired by. 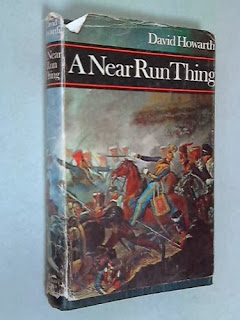 The Greek Adventure flows along in an easy fashion and like his Waterloo title does not contain any orders of battle or maps of any of the numerous sieges etc. It just reads very nicely and represents a great primer for the subject (and yes, I have a copy of David Brewster's far more serious study of the war to read next). I particularly like his personal anecdotes as he sailed around Greece interspersed with the story he was telling - it gave one a real sense of almost being there.

It is not an in depth analytical study but is a cracking read and hugely entertaining - and more importantly, inspiring in many different ways.

Just like his Waterloo title was all those years ago....;-)
Posted by David Crook at 06:26

Great period for some gaming and one that has been on the periphery of my gaming RADAR for some years. I have a couple of books on the period you might want to cast your eye over.
Old and New Thermopylae by George Magazis, Really just a collection of folk tales but some wonderful illustrations.
French Images from the Greek war of independence, more a description of the painting than a military history but again some great pictures.

I shall have to keep a look out for that one - it all adds to the period flavour which is an important consideration when using blocks rather than figures.