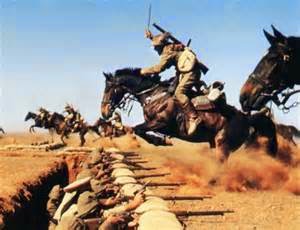 I submitted my final order to Panzerschiffe for the remaining 1/2400th scale capital ships for the Jutland project with the exception of the four models coming from Stonewall Miniatures. In total this means that to complete the Germans I need to paint 13 models and for the Royal Navy a further 18. After this it will be on with the cruisers and destroyers.

Whilst I would really like to tackle both fleets in their entirety I have hit a minor problem in that the range of models available in this scale - I am talking about destroyers primarily - is not as comprehensive as I would like and there are a few holes. I have also been thinking about the whole subject of destroyers in terms of how they will be used in the refight. I want to have these based individually as I will use them as such for lower level scenarios. I have already mooted using movement trays for formations (my current thinking is have 4 or 5 actual ships represented on a tray) but am unsure how best to tackle this. I really want to represent every ship but am fast coming to the conclusion that perhaps borrowing the idea from Paul Hague and reducing the number of models to representational levels may be the way to go. As an idea I could have base representing 4 or 5 ships with perhaps a couple of models deployed on it. This would reduce the numbers by at least a half with the damage record for a such a base reflecting the actual ships present. Should a ship fall victim to enemy action this could be recorded rather than taking the models off. It also means that I would be able make use of those models that are available more effectively so the missing files would not be such a problem.

The painting programme for the capital ships is now on a minor two week break as I wait for the final models to arrive. Once they do I shall be tackling the models in three groups of 6 for the RN and one of 6 and one of 7 for the Germans.

In the meantime I shall make a start on the grand rebasing of the WW1 collection. I do not have the desert Hexon terrain just yet but do have my square gridded Portable Wargame set up should I want to tackle a game. The only thing I will need to decide on is the way I will be tackling the bases.

Regarding Destroyers, I certainly wouldn't try to model them all . . . not in a "capital ships engagement".

They operated in flotillas and that is how I'd model them (keeping a roster on the side for casualties).

One idea for basing so that the DDs can be used by themselves is to use a steel base for the DDs and then place them on sheet magnets stuck to balsa or card sabots. By the way, painting sheet magnets does NOT interfere with its magnetism.

If I am honest I am thinking that perhaps this may be a more valid solution than my previous idea. I wanted to tackle every single model on a 1:1 basis but given the holes in the ranges of available ships I will not be able to do so. I had even pondered scratchbuilding and converting but the game would not be worth the candle.

Ironically I could have done this in 1/3000th as the Navwar fleet pack is complete as their range does cover every type present at the battle.

I am still some way from having to make a final decision about destroyers (and probably light cruisers as well) but my thoughts are leaning in this direction - using divisional bases and rosters.

Looking forward to the WW1 Middle east. As we both have an interest in this setting and era it will be good to compare.

Ok. I know little about this period. I do own, and presumably have read both of Paul Hague's books. It made me think of an idea which probably won''t appeal to you-but here goes.

One of the major point Paul makes is that light vessels don't have enough armor to trigger the larger shells which then tend to just punch a hole in the lighter ships and pass on through. Also it seems as if the lighter guns are seldom going to have an appreciable effect on the battlewagons. Basically, the only thing destroyers are bringing to the party are torpedoes.

This makes me wonder if it might not be better to abstract them. Treat destroyer torpedo attacks as a wandering monster or chance event.

That way you can concentrate on the battlelines, when Holy @#$% a destroyer squadron charges out of a mist* to launch a full spread of torpedoes before turning and making a run for it.

Obviously you should weight the chances in favor of who had the larger/better screening forces.

Just an idea I had combined with poor impulse control.

*Or literal fog of war.

I will be counting on swapping notes in due course! Seriously though, my thoughts are straying towards a fictional version of the Arab revolt set in the East of the Arabian peninsula and including the Persian gulf and Mesopotamia. The first thing though will be to get he figures rebased.

Certainly light ships will not have any gunfire effect against capital ships - nor they against light ships (except when using secondaries) - as confirmed with Paul Hague and also in the Avalon Hill Jutland rules. I will be opting for divisional bases for the destroers as it will be more convenient for movement. As it stands there will be around 15 for the Germans and 20 for the RN give or take one or two.

I had not considered the idea of a chance or wandering monster type event although I can see the merit in such a solution.

Interesting idea for a fleet game and Jutland has to be the THE fleet game.

Many thanks old chap for your kind comments! I have a few ideas around rules etc for 'Der Tag' but it is early days so I am not going to stress it just yet. For the moment getting the models together and painted is the first step.

The 'chance event/wandering monster' idea is just one other concept to go on the pile and it has some attractions - so much so that I am considering a blog post on it!

That does indeed look like the Light Horse attack on Beersheeba. I recall it was the last successful mounted charge I think? Remarkable in that they not cavalry but mounted infantry and thus had no sabres. Instead they used their bayonets

It was a great feat of arms and a great film as well.

Trust the Aussies to think of using sharpened bayonets for swords!