The French in Vietnam 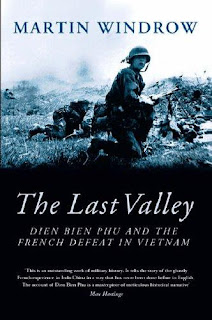 A great doorstop of a tome, in hardback and at a very good price. Martin Windrow's classic account of the French in Vietnam.

You may recall me mentioning in a previous post that I am going to get a copy of Max Hastings new book: Vietnam,  as part of my Christmas present from SWMBO. Almost as an afterthought I started to read again my copy of We Were Soldiers Once....and Young by Col. Hal Moore and Joe Galloway about the fighting in the Ia Drang Valley in 1965. I even watched the film again starring Mel Gibson. 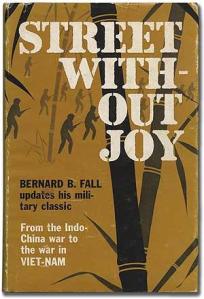 One for the 'to get' list methinks. Col. Hal Moore used this to help with his research before the Ia Drang Valley campaign

In the book Col. Moore mentions that he read as part of his research the book by Bernard Falls: The Street Without Joy which covered the preceding French involvement culminating in their defeat at Dien Bien Phu in 1954. 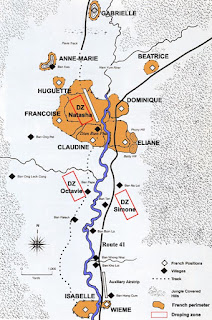 The First Indochina war is something I know very little about and the more I read about the subsequent American involvement the more I felt it would be advantageous to learn about the events leading up to it.

I vaguely remember seeing a critically acclaimed book on the subject by Martin Windrow - The Last Valley so I after a gentle stroll through EBay I came across a cheap copy which I duly snapped up. As an aside I am great fan of Martin Windrow's writings and for me his book 'Our Friends Beneath the Sands' about the Foreign Legion from 1870 to 1935 is one of the finest I have ever read, so I am looking forward to reading this. 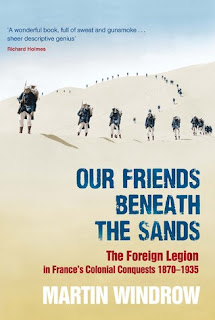 Does what it says on the cover! Quite simply, superb.

What does this all mean in the realms of table top gaming? Well, I have no plans to rush in to a Vietnam based project - for either conflict - for the foreseeable future but I would not discount it. I would certainly be able to do something using the blocks - I like to think of them as being around 1:300/1:200th in scale - so using the method I described in my earlier post for depicting modern vehicles and weaponry alongside a block would be a viable option.

Something else to think about.
Posted by David Crook at 10:53

Windrow has a Osprey book on French armour in Indo-China coming out early next year.

I shall keep an eye open for that so many thanks for the heads up.

I do like Vietnam, I even got as far as a painted 10mm force from Skytrex back in the day but no further I'm afraid!

It is a period that from a gaming perspective always offers an asymmetrical gaming experience which is always the basis for a challenging encounter as both sides are usually diametrically opposed.

It would probably be crass of me to say it but lets be honest, the soundtrack to the war was pretty darned good...

BTW I may be in Dublin next year so if I let you know how likely will be for us to meet up?

It's a fascinating conflict and well worth exploring. Have you thought of 10mm?

Any war that features Chaffee tanks, Bearcats and B26s has a lot going for it my opinion! Seriously though, it is a period I know zilch about and so will look forward to rectifying this.

Interestingly enough the Max Hastings title runs from 1945 to 1975 so will tie the two together.

I had looked a 10mm in the past so that is always an option.

But I still manage to tell my kids off for not reading books either - "kettle calling pot" ...

The Street With No Joy is on my "must read" list!

Whilst I have no intention of investing in figures for either of the Indochina conflicts I can certainly see myself using the block armies. As far as reading goes I tend to use my commute each day for reading or watching IPlayer etc.