A Block for One's Own Back 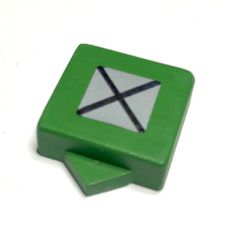 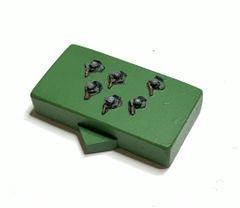 Some 'top down' infantry 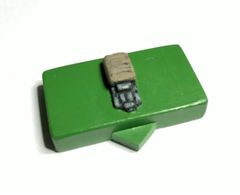 A lorry - typically this would be for motorised infantry or logistics, perhaps even in conjunction with the artillery 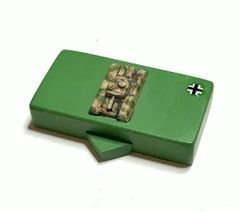 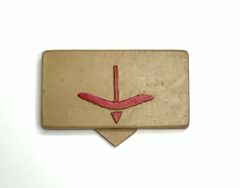 For bodies of archers 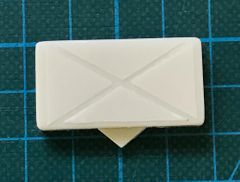 Another variant of the infantry block.... 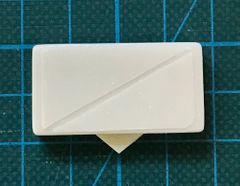 ....and the cavalry block

Now this was something I never expected to see available! Battlescale Wargames Buildings  have launched a range of resin blocks for wargaming purposes, samples of which you can see above. These are really nice looking and had they been available before I started chopping up vast quantities of Jenga blocks would have certainly made an attractive alternative. I particularly like the small triangular facing indicator (?) at the base of the block which would be very useful when used on a 'free' table top. I also like the 3D effect using raised surfaces to ease painting (even I would struggle to struggle with them!) as well as the symbolic vehicles.

The blocks are sized as follows:

*The vehicle blocks are also available in the 20mm x 20mm size block.

These fit very nicely on the same company's hex tiles which are 80mm across the flat sides (slightly smaller than than the Hexon 100mm version).

I would certainly like to get some of these to experiment with - perhaps with a proper Portable Wargame set up - and I hope that the range is successful for Battlescale, if only so that they persevere with the range and add extra pieces to it.

Who would have thought it? Blocks going all mainstream....whatever next?
Posted by David Crook at 10:12

That's a great find - I see a lot of potential for those! They just shout out Portable War Game.

I have amended the post slightly to include the block sizes and the news that the vehicle blocks are also available in the smaller size.

Portable Wargame use would certainly be a good idea and one of the things that struck me was that the smaller size would also work with Heroscape tiles.

Can you push them together or does the spike get in the way?

That is a very good question so I shall endeavour to find out! I have a feeling that the answer is yeas as I recall seeing a picture where the blocks were deployed two deep without a gap.

My first reaction was that this is a very interesting product. My second reaction is that I use blocks to avoid having to paint anything!

These look handy as off the shelf ‘blanks’ for creating a little bit of ‘fog’ in a figures game.

Hi everyone, thanks for the comments regarding the new blocks range. I initially started producing these pieces for my own use as I really wanted to try ACW but really couldn’t face collecting and painting yet another lead pile! There has been considerable interest in these items since I started producing them and there will no doubt be more added in time.
Those who may have already come across Battlescale will know that I produce a growing range of buildings and scenic items ranging from 6mm to 28mm. This obviously keeps me extremely busy (I’m very pleased to say!) but it also puts limitations on my time. I would love to supply these pieces ‘tabletop ready’ but, as a ‘one man band’ it’s really not feasible for me to do so at this time.
That said, the blocks themselves are extremely quick to paint up, especially the blanks with added unit stickers. I’m busy putting together my own collection at the moment, as I already mentioned, for the ACW period and I’m finding that each block probably spends around 4 - 5 minutes in the hand to complete. This entails a primer coat, two coats of green, varnishing before marking / applying the sticker. When weighed against the painting and basing of a 30 - 40 10mm figure unit the time saving element is vast!
Anyhow, enough of my waffle, many thanks to all that have shown an interest and stay tuned, there’s more to come!
Steve
Battlescale

I have an awful lot of blocks for the verysame reason BUT, adding some paint to these would at least enable me to look figure painters in the eye again....:-)

Seriously though, I take your point but they are rather nice looking for all that.

They have a lot of practical applications and for representing the fog of war they would be very useful - far better than cardboard counters in my opinion.

Many thanks for your post and notes. When you mention applying stickers do you make your own?

Pause for a thought and a half ... what's this?

I only wish these were out when i set out on my great Jenga 'blockathon' years ago!

It would have certainly spared a good few trees....