That was the half year that was.... 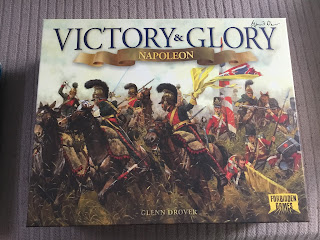 A great doorstop of a board game and ideal for multiple players.... 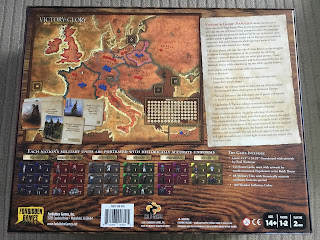 ....and a long way from Waddington’s Campaign!

I think it is safe to say that the last 6 months have been rather eventful - from the global perspective certainly and also closer to home. The two are certainly related and I am sure that we have all been impacted to a lesser or greater degree. Hopefully the former!

I am taking stock as today saw me back at work, albeit on a part time basis at home. After discussions with my boss I will be working from home until the end of the year although I suspect I will need to go into town on the odd occasion once we get to the fourth quarter. I am naturally quite pleased at this turn of events as it removes the hassle of two and half hours travelling as well as saving me over £350 a month. I will have extra time at home which may even translate into more meaningful hobby time, especially as virtually three quarters of the house has been redecorated (so nothing else to do in that regards!)!

I really need to take advantage of this whilst I can.

I have not tackled as much as I would liked to have done but I have made some significant progress over the last 6 months - so it has been very much a case of quality over quantity.

I shall be reorganising the Del Prado collection but I am becoming increasingly reluctant to rebase them! I have a definite organisation in mind which means that there will certainly be some excess figures but offloading these should not present any difficulties. My plan is to attend to this once I get the remainder of the Spencer Smith ACW collection completed. The final figures have arrived from Old Painter Bob and are currently being based. This means that I have the Texans to complete followed by a couple of sharpshooter units. That will be the lot! I have a plan for the naval side which  will require some paperwork but very little else unless I wanted to crack on with some models.

Mention of Del Prado figures brings me on to the topic of the rather impressive looking board game you see at the start of this post. Glenn Drover, the designer of the game, and I, conducted some transatlantic figure exchanges and during the course of our messages the subject of his various board games designs came up. I had seen the above game and its ACW version and was interested is how these had evolved from the earlier Eagle versions. Glenn very generously sent me a signed copy of Victory and Glory: Napoleon which arrived earlier in the week. This is a big game although not an intensive one. It is a strategic level game based on the Napoleonic Wars and is designed to be a multi-player game with an Axis and Allies level of complexity. The map board is roughly 4ft by 3ft give or take and is card and resource management based. A great one for a club night methinks! 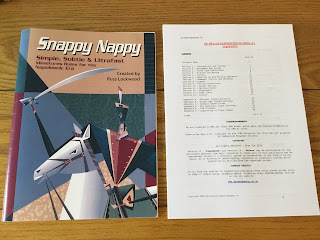 Snappy Nappy and DBN - another couple of strings to my Napoleonic bow!

My fondness for Command and Colours and the Portable Napoleonic Wargame is well known but I have also been reading a couple of other sets - such is the power of persuasion from various blogs - which have some interesting ideas for large scale games ‘off the grid. so to speak. My Del Prado reorganisation has a little something else to think about! 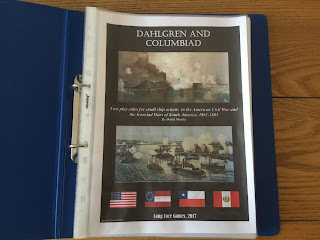 One of the decisions I have made though concerns my naval games or rather the lack thereof at present. I have the trinity of games comprising Ironclads, the Ironclads Expansion set and Shot and Shell - all of which are super detailed hex based ship to ship board games covering the ACW mainly but also some European ships (Lissa and the Danish war) and for the Pacific War. Plenty of choice for sure and it would be churlish of me not to make use of them. So I will - and if the mood takes me I will worry about the models in due course. The data cards, counters and map boards will certainly be used but for the rules I prefer something a little less 1980s chart heavy - so either Bob Cordery’s Gridded Naval Wargames (or a derivative thereof) or perhaps Mr. Manley’s rules (possibly hexed?).

Mention of the Pacific War and Spencer Smith leads me to the inevitable ‘Ooh shiny’ moment. I have sufficient excess figures left over from the ACW project to tackle a couple of small forces for the War in the Pacific. I must confess this will be something very much in the realm of pure indulgence. A combination of things have served to inspire this apparent bout of insanity. Trebian’s quite superb rules ‘It’s Getting a Bit Chile’, the basic simplicity of Spencer Smith figures and the painting style of Old Painter Bob have all left their mark BUT....it will have to wait it’s turn.

It has been a rather eventful half year and so I am hoping that the second half will be better. It is with this in mind that I have made these tentative plans and hope that circumstances will enable me to realise them!

A review that I'm sure chimes in with many people's experiences given the current situation across the country. Saving around £350 pcm is not to be sniffed at, that's for sure! Interesting to see the Snappy Nappy pic as it's a ruleset my friend has suggested we try, but I'm hoping to keep my rules to a few core sets this year, to make it easier to focus on the games.

Snappy Nappy was recommended to me by a fellow blogger and I have to say they look pretty good for large scale battles. Similarly the DBN set tick a number of boxes.

My first priority will be to get the armies reorganised and the few paint conversions I have in mind to get finished. Then I can really look at the rules and how I want to take the collection forwards.

I have some other ideas in mind but nothing concrete as yet.