The Spanish Main or the Barbary Coast? 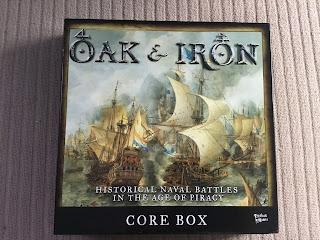 All a growing lad needs to satisfy his pirate fixation - that and copy of The Pirates by George McDonald Fraser Of Flashman fame!

It has been a busy couple of weeks, what with my return to full time part time work as well as the ongoing domestic situation. The former has been quite challenging and the latter is improving, albeit in small increments.

Due to both of the above my gaming time has been limited but I have made a degree of progress with a few items. My order from Warbases arrived so the last of the painted ACW 30mm Spencer Smith figures have been based and are merely awaiting the paintbrush. Once that has been done I can then look to finish the Texans and the two sharpshooter units which will be the end of the project, at least from the land side.

I have finalised the organisation for the Del Prado collection and there will be an element of downsizing undertaken in due course. The Warbases order also included some more of their really useful movement trays - I wanted some for individual foot figures and also for 3 mounted figures.

I have ordered a supply of grip top polythene bags for the great boardgame counter punch that will include Ironclads, the Ironclad Expansion set, Shot and Shell and also Flat Top. The first three are a priority, Flat Top less so. I may even tackle Avalon Hill’s Bismarck.

I am still ruminating about the 1:600th collection which is in two parts, for both the 19th and the 20th centuries. I have a couple of ideas I am rolling around but as yet nothing carved in stone. 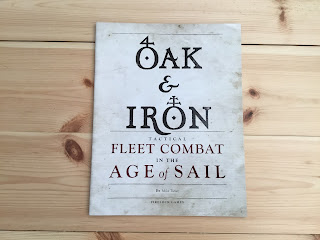 One of the things that has taken place though, is that I have acquired a copy of Firelock Games Oak and Iron. This is a 1:600th scale naval game to work with their Blood and Plunder 28mm Pirate game. I was hugely tempted by this when it was first mooted but did nothing about it so, once again, have arrived at the party rather late.

I will post a more detailed review in due course but the thing that I am really excited about this are the ships. They are plastic and not as detailed as those on Warlord Games Black Seas but they are very nice indeed. I like the fact that the masts have the sails attached in a one piece casting but best of all, the ships of the period are, in my opinion, far more attractive than their Napoleonic equivalents. They cover the the second half of the 17th and the early 18th century so would be readily suitable for the Dutch Wars. They are not cheap for what they are but for me this is not a problem - mainly because I do not envisage getting many of them! At this stage my only regret is that so far there is not a Xebec....

Blood and Plunder and to an extent Oak and Iron mainly focus on the Caribbean which is fine but I would be quite keen to look at the Barbary Coast as an alternative. I have several alternative sets of rules to use - Blood and Plunder and Oak and Iron do not ‘float my boat’ at first glance  - for both the land and the naval side but the first order of business will be to get the ships painted (there are 6 in the base game and I have a further 6 en route). 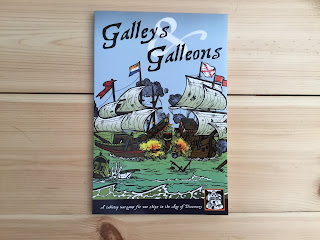 The two that have always put me off sailing ships Are rigging and painting chequered gun ports. Happily with these ‘simpler’ models I will need to to do neither!

Lots of pots on the stove boiling away. Looking forward to seeing what happens next...

The trick with pots on the stove is to make sure those that are simmering are all heading in the right direction! Taken individually the biggest single project will probably be the 1:600th collections as these will be started from scratch. What I have to do immediately is relatively low key and so more importantly, both manageable and achievable.

That is the theory anyway!

Technically I am part time but my boss has a very elastic interpretation of what part time is - meaning I am kind of on call most of the working week, hence full time part time!