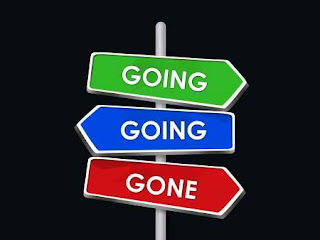 A big surprise although knowing me, probably not!

Since early March of this year, when lockdown was introduced, I undertook what could only be a massive programme of DIY and on a personal note, looked to base the Del Prado collection. It has been a tough six months. Aside from my own brush with a mental health issue there has been a number of domestic challenges to be dealt with, all of which have taken their toll in one way or another. A staggered return to work in what can only be described as a very uncertain economic climate, a period of tropical weather and almost continuous running battles with assorted tradesmen has let me with little time for the fun stuff.

I should also mention the ongoing sorting out of Eric’s collections (happily coming to the end of a significant chunk of it), the sorting, packing and wrapping has eaten into the little hobby time I seem to have had. It has not all been unremitting gloom though. I managed to get a game in - using the Del Prado figures - And have kept up with the blog after a fashion. As is my usual default position during such circumstances of minimal time I tend to do a lot of thinking.

The Del Prado collection is no more. I have sold it in its entirety. The reason behind this was quite simple really and will probably strike a chord with many gamers. The collection features figures from what appear to be various designers and they vary from true 25mm to slightly bigger than 30mm. If you are using large units and the disparate figures are kept sufficiently far apart on the tabletop then it is not really a problem - after all, back in the day this was quite commonplace amongst our model armies due to limitations on what was available. Nowadays though, there is little reason to adopt such an approach and significantly, when one is using a smaller number of figures (Portable Wargame, DBA and Command and Colours I am looking at you!) any figure scale or style discrepancies become more obvious. This is something that acts like a burr under my saddle - whilst I have no problem fighting battles with abstract unit sizes (by that I mean the PW or C and C standard of 4 infantry, 3 cavalry and a gun with 2 gunners) I prefer it that the figures themselves are of a common stock.

With the best will in the world the Del Prado collection does not have this - and the more I looked at them the more noticeable it became.

The collection was too large for my needs and the effort required to get it closer to what I wanted became more and more challenging. Was this the collection I wanted to fight my Napoleonic battles with? With each passing week the answer became clearer - it was a no.

Once I have made a decision (about pretty much anything to be honest) I tend to act on it quickly and so after a couple of emails the transaction was concluded and so once again I am knee deep in bubble wrap, Jiffy bags and brown tape packing up a huge collection for onward transmission.


One of the things that I have had much exposure to over the course of the last two years sorting through Eric’s collections is the value of using 20mm figures. Wind back to the early 1970s and my early efforts in raising painted armies revolved around what could be furnished from using 20mm Airfix figures. I suspect I was not alone in this! Moving to 25mm (eventually morphing into 28mm) was a way to raise your game and also to gain exposure to a wider range of figures than were available from Airfix - at least that is how it seemed back on the Isle of Sheppey.

Eric used a lot of 20mm Higgins figures in his WSS armies and also his Napoleonic collection. Most of this has all gone to its new home(s) but I have to say that seeing figures of this size certainly brought back many happy memories of painting up Airfix figures long ago.

I have availed myself of the 20mm WW2 bush hat wearing British and now have some opposition in the shape of a similar sized Japanese force. I like 20mm for WW2 and indeed, it is a scale that I feel comfortable with - from the painting side as well as for storage. It is my intention to use as my gaming standard what I call the ‘100 piece army’. Whilst not carved in stone I want my armies to be of around this size which will allow me to use my chosen rule systems and army size quite happily. Both of my 14th Army forces abide by this although given the subject matter there will be a need for some vehicles meaning that it will live in three box files rather than two.

You could be forgiven for thinking that I have now abandoned the Napoleonic Wars but I can say categorically this is not the case! Inspiration (if any was needed) came from an unexpected source in that the well known blogger, Bon vivant, wit and raconteur, MSFoy of Prometheus in Aspic fame  very kindly sent me a box of Newline 20mm Napoleonic naval crews that were surplus to his requirements. They are quite splendid fellows so instantly thoughts of combined operations - raids, cutting out actions and similar sprung to mind. I have always liked this type of game/mini campaign and with the activity in the Mediterranean in support of the War in Spain this would be something that could potentially kill several birds with one stone. Inshore naval activity involving coastal convoys (no, not in 20mm!) would make for some great games and then the resultant land side could be bolted on. The allies made much use of shipping troop formations to silence shore batteries, raid some objective behind the lines or act in support of the Guerillas. In short, there is much to think about and for me and for sure it will tick a number of gaming boxes.

One thing for certain though, if anyone had said to me at the beginning of the year that I would be thinking about painting 20mm Napoleonic naval figures and raising Spanish troops I would probably have scoffed at the very idea!

Bloody hell Dave!!! I thought Postie was bad swapping selling and changing his mind all the time. You I'm afraid take the biscuit........and then eat the rest of the packet.

There was something about the collection that did not sit well with me and it continued to be a source of irritation. In many respects it felt as though I was trying to make a silk purse from a sow’s ear and to be honest what I was trying to do with the collection - subbing in figures from other manufacturers - only made it worse.

I prefer a homogenous look to my armies and given that they are very small in terms of numbers it is even more important that there is consistency with the figures used.

I know what I want and how I want to do it and sadly this did not quite do it!

I can completely understand your decision to sell the collection. I have gone down the 10mm route and all from the same manufacturer (Pendraken) for the same look, which is important to me too.

As for the Napoleonic stuff, i love the idea of combined ops in Spain, which is something I'm interested in too.

I have always liked 10mm and indeed, looked very closely at it as a uniform scale on a number of occasions but never pursued it.

I have great admiration for those single minded chaps when it comes to scale or period - my goldfish like attention span could never do that!