Good days out cost less when its Sainsburys.....

Today is Armed Forces Day and so I took the opportunity to take a look at the field day held in a local park. I was pleasantly surprised by a number of things about the day - especially the turn out as the place already had a large number of the public in attendance when I arrived some fifteen minutes after it opened. I was also very impressed by what was on display and humbled by the number of ex-servicemen, many of whom were of advanced years, that were prepared to talk to inquisitive members of the public with patience, dignity and with what seemed to be an inexhaustible supply of anecdotes and good humour. The day was all about showing your support for our armed forces and the more practical matter of raising funds for various serviceman's charities.

The day featured the band of the Parachute Regiment and although I missed their first performance I saw them marching from the field in very smart and disciplined order. There were displays of weapons of all types  and I managed to get a selection of pictures which will do the talking for the rest of the post. 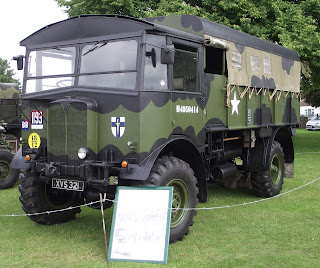 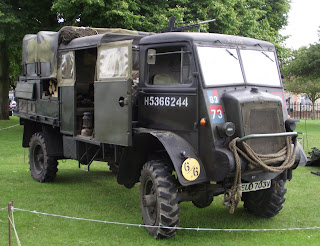 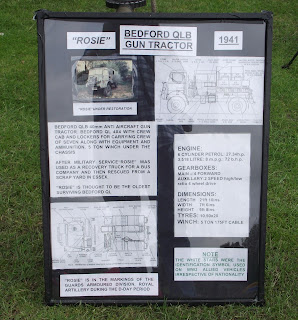 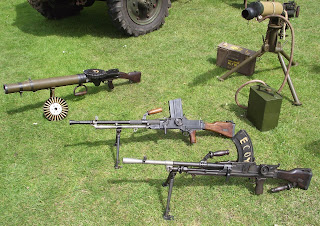 A selection of machine guns - the Lewis, the Vickers and the Bren are obvious but can anybody identify the one in the middle? 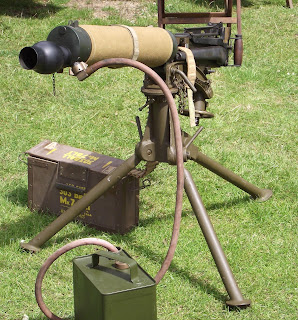 A closer view of the Vickers. 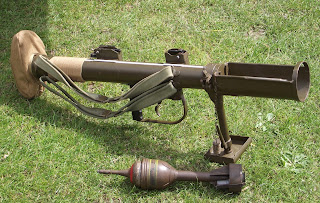 Projectile Infantry Anti Tank or PIAT as it is usually called. 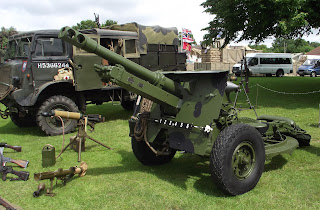 A piece of artillery history - the famous 25pdr field gun. 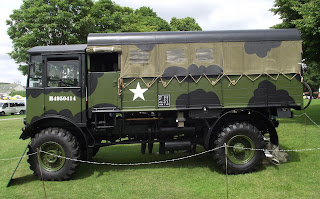 A side view of the Matador.... 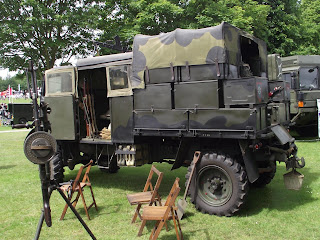 ....and of 'Rosie'. I was staggered at the amount of kit that was crammed into the body - including rolls of barbed wire! 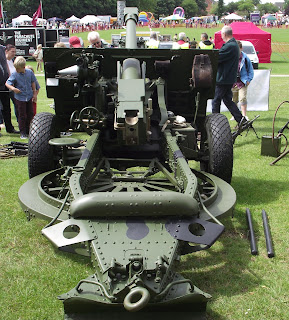 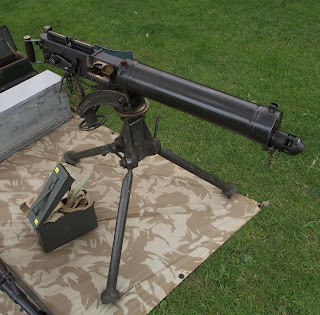 The second Vickers on display. 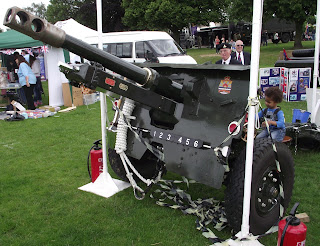 Another 25pdr - and note the young age of the new recruit in training.... 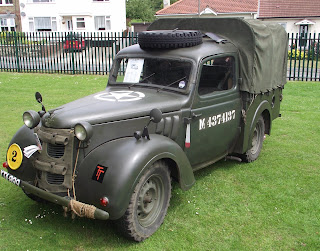 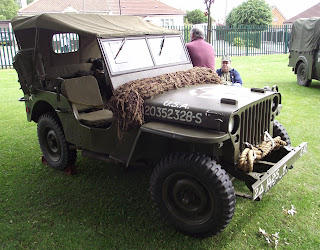 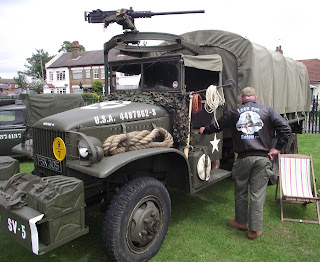 Lastly, a rather splendid looking US 'deuce and a half' with the driver in period dress. Note the baseball bat and pitcher's glove! 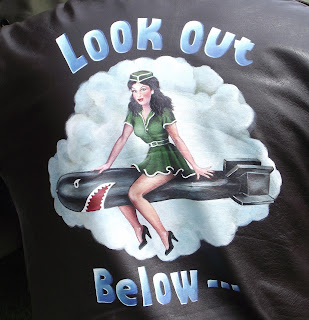 The picture on the back of his jacket looked so good I had to get a picture of it!

It was a very interesting way to spend a morning and hopefully the day raised plenty of money to go towards those very deserving military charities. It was pleasing to see so many people at the show, enjoying the sunshine, the exhibits, the demonstrations by the representatives of our armed forces and above all, acknowledging in a small way, their professionalism and in many cases, their supreme sacrifice.

Great photographs
I was interested in the Vickers MGs
One with "brown lagging" one without
Which was more common do you think?

Is it a 'radical rethink' (epiphany: look at the things before you paint them) time for me?

Looks like there is lots of inspiration to paint there. It is a good cause and I've always wondered why, throughout history and across cultures, the men who serve in the military are not properly cared for by their own governments.

I really like that last picture and there is to be a mini made of her soon and I'm hoping to buy it when it comes out.

I am really not sure about the 'lagging' issue - perhaps it makes it easier to carry! I am quite sure though that some google-fu will shed some light though!

I echo your sentiments and am intrigued by the mini coming out - I shall look forward to seeing your take on one in due course though so keep me posted!

The Zb gets my vote!

That Matador takes me back to my Airfix days. Great photos!

Many thanks old chap! I also have fond memories of the Matador in its Airfix guise.

It was a good day to take pictures - not too bright and with the shade in all the right places!