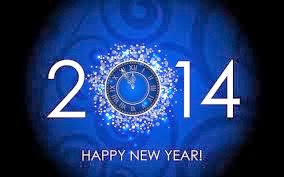 Early I know but I wanted to get in quickly and before the rush starts!

I would normally write this post tomorrow but I am going to be rather busy then and as I currently have a window of opportunity between domestic chores figured now would be as good a time as any!

2013 has been an eventful year for me and the biggest thing has been getting back to work - more specifically, changing my career. It has been a huge cultural change and the hours I am working has come as quite a shock to the system. The biggest casualty has been time. Time to spend with the family; time to spend with friends and time to game. I should not complain - especially as at least I am coming home every night and am not away for months at a time, nor am I working anti-social hours.Don't get me wrong, I am enjoying my new career but it has taken rather a lot of getting used to.

The project list for 2013 has failed spectacularly and to be honest, the list may as well be torn up and started again! The only real progress I have made has been with the block collections. I have managed to expand the collection to differentiate between troop types which will be important when I look to tackle the musket era. I have a number of ideas around this and various clues have been dropped via the blog over recent weeks. I have nothing concrete scoped out just yet but hope to shed some further light in due course.

I have some painting to catch up on - the 1/2400th scale warships and a whole pile of aircraft - and had hoped to get some work in over the holiday but this has rather fallen by the wayside. The only thing I have made a lot of progress with is catching up on my reading - either via my priceless Kindle or using real books.

I have a lot of hopes to realise a few games using variants of Bob Cordery's 'Itchy and Scratchy' rules and with this in mind I want to make sure that next year any projects are small, self-contained and can be resourced from my existing collection.

Next year will hopefully see the Ancients getting some attention - the sequel to 300 is due in March - as I have rather a lot of 1/1200th galleys needing some TLC. This may also spawn some 16th century naval action as well as I have a hankering for some Renaissance gaming in some fashion - I have prepared a selection of Janissary blocks specially with this in mind - with the army of the Sublime Porte taking centre stage.

It only remains then, for me to wish each and everyone one of you a very happy 2014 and I hope that all your respective projects and endeavours come to fruition.
Posted by David Crook at 11:33

All the best David for the new year, work certainly gets in the way of fun but somehow I stuck to my main 2 projects in 2013 with few distractions, not buying much certainly helps. See you soon, A

Galleys seem to be tempting my eye also - ancient and Renaissance. Hopefully we will both make progress on those!