" A Quadruped of Singular Deportment" 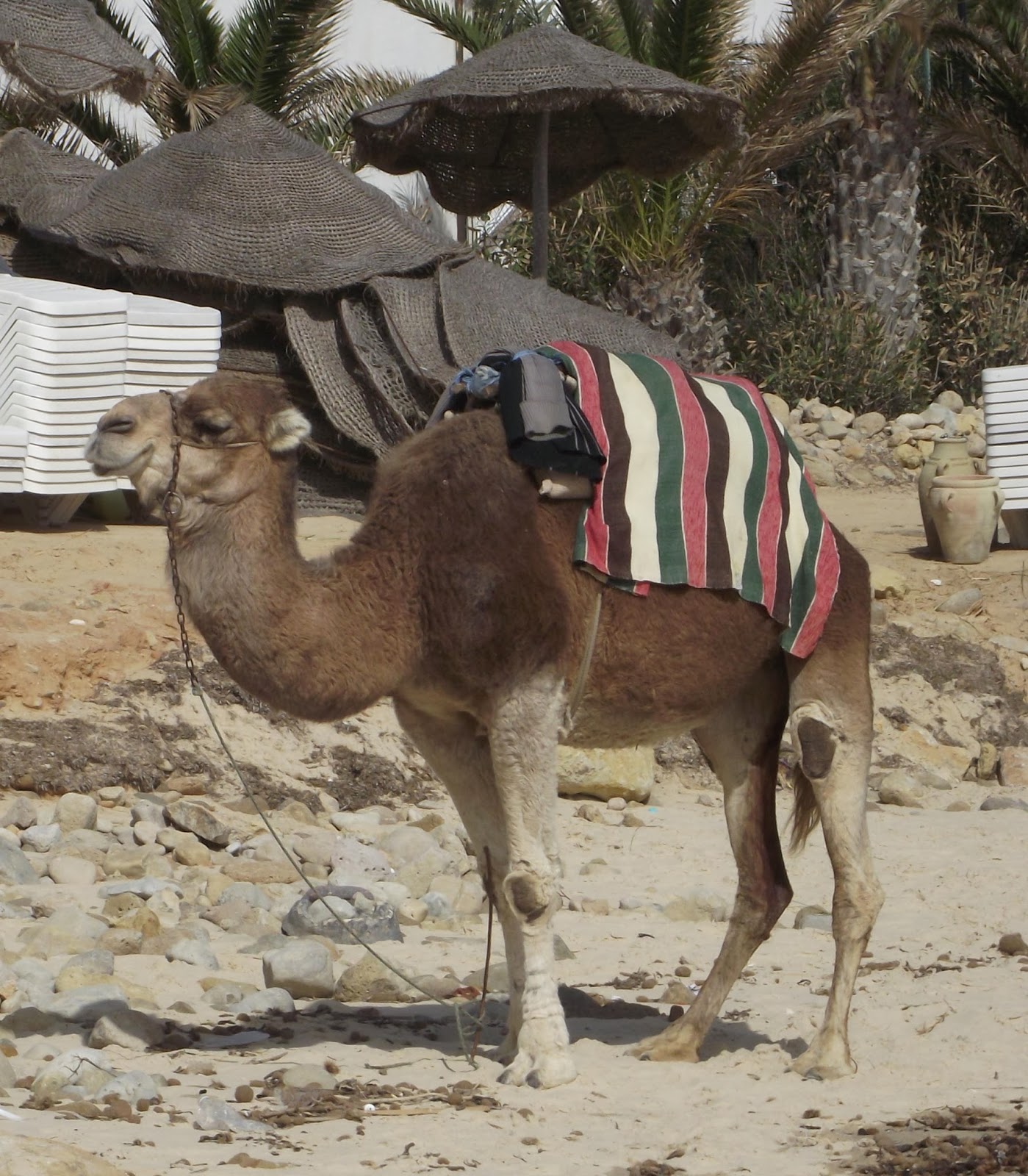 Jacqueline the she-camel. She was a splendid beast.

SWMBO and I have just returned from a very relaxing week in Tunisia; staying at the popular resort of Hammamet. I did very little other than relax on the beach and catch up on some reading with only a single venture out of the hotel to visit the nearby town and Medina (incorporated in 16th century fort - with only the perimeter walls remaining). I had plenty of time to think about many things - gaming related and real world - and the fruits of this will be appearing in due course on the blog. 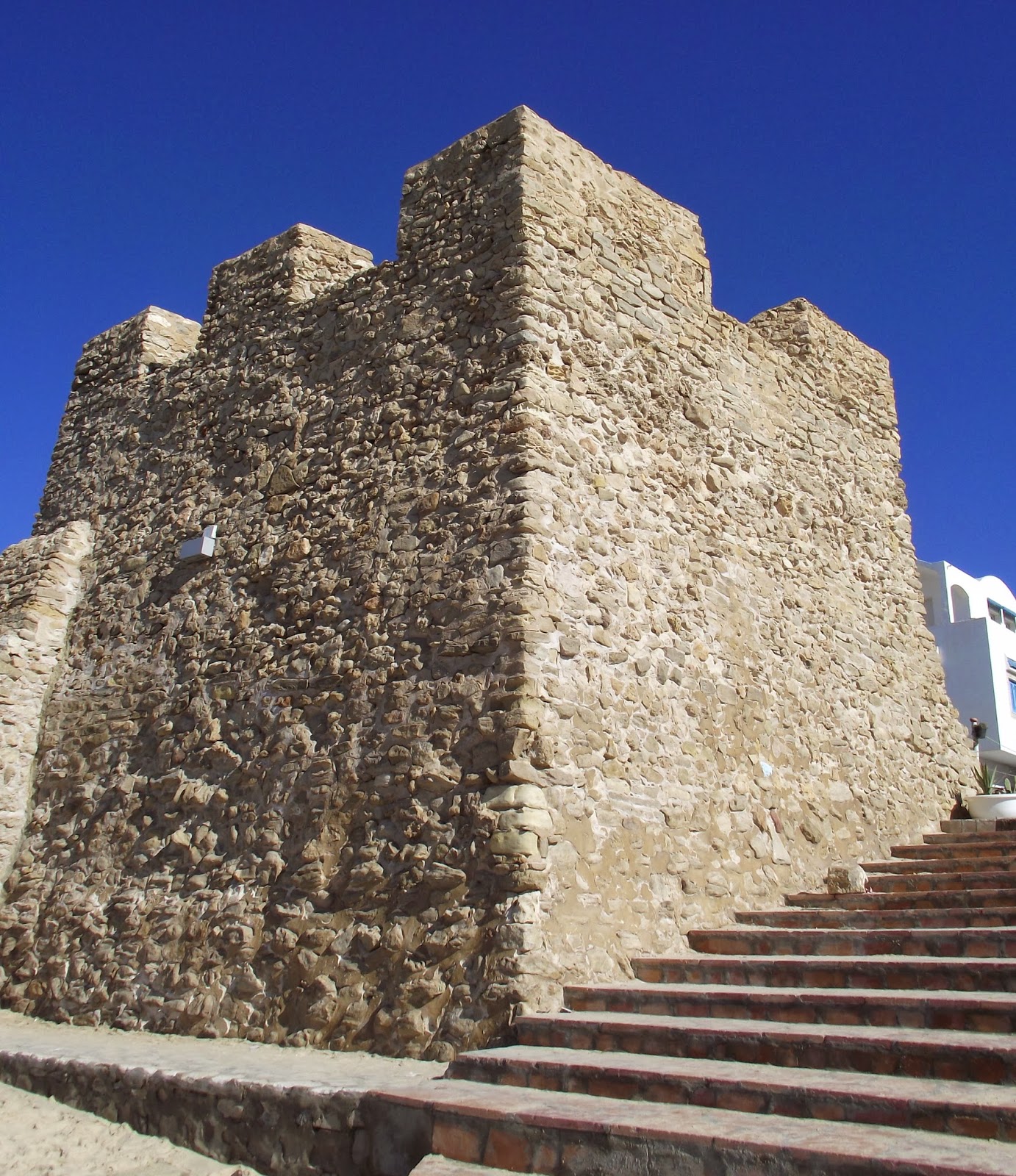 One of the towers at the entrance to the Medina

The camel above became a regular feature of our days on the beach (and for the record not only did I take a ride but I also swam in the sea - the Mediterranean in February is 'bracing' to say the least!) and she was a placid and docile well mannered beast. SWMBO and I became quite good friends with her and her owner, Mahmoud during our stay and she often observed with apparent interest the regular games of Petanque I played on the shore.

There is not a great deal to tell about the trip to be honest but the week of relaxtion coupled with good food and drink and also some welcome sunshine was just what SWMBO and I needed but now I am back to the real world. Until the next time, that is.

If I am guessing correctly about your hinted future project, then allow me to suggest five words . . .

The Sword and the Flame!

Brilliant a well earned rest I daresay. Glad you enjoyed yourself and shall look forward to whats been cooking away whilst you've been relaxing on that beach.

Glad that you both had a splendid trip...

It is good to hear that you had a pleasant and relaxing holiday, and that you have returned full of energy and with lots of ideas!

For a variety of reasons it was just what the MO ordered and was greatly enjoyed by both SWMBO and I.

It may also come as a surprise as well!

Many thanks old chap - suffice it to say I might have hit on something tangible at long last!

I went with no firm ideas in mind other than to relax with SWMBO and to take stock of many things. It certainly worked!

Many thanks old chap! I have a couple of ideas that I want to experiment with - especially as the area we visited has rather a lot of gaming potential....;-)