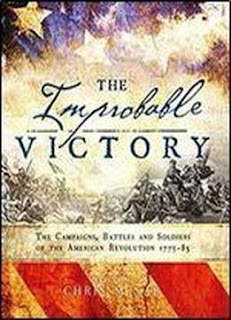 One of those Osprey hardback compilations. This was produced in conjunction with the opening of the new AWI museum at Yorktown. Be warned, there are a couple of editing issues but overall it is a good primer for the period.

Ok then, Americans, Austrians, British, French, Russians and Ottoman Turks all in one book. What could possibly go wrong? Seriously though, lots of ideas for smaller actions, both naval and land based and ideal for Portable Wargaming
﻿

Another year end and another series of projects that are as yet unrealised. I am not being downbeat about this - it is a common enough state of affairs within the gaming fraternity - rather I am actually more positive and enthused about my various projects. Why is this? I think the most obvious reason is my change in work. I am now working with a much earlier finish than previously which means I am home earlier. I would be less than truthful if I said that I have been hugely productive in this extra time I have available during the week but it is certainly better to have it than not. It has meant that I can spread painting out rather more efficiently working on the 'little and often' basis. I think I have been guilty of abusing the novelty somewhat in that getting home earlier (around an hour and half) has been spent doing very little really, just savouring the time and pleasure of having dinner with my wife rather than reheated and dried up in the microwave!

I need to be a little more disciplined about my time management - which is hugely ironic given my current profession - in order to get things done. The first order of business (not the business of the First Order...I am going to see the film next week) once we get into the new year will be to organise a proper painting plan. This will mean bringing a selection of painting paraphernalia down from the man cave so as to be readily accessible. Until all the Christmas 'stuff' has been consigned to the loft for another year storage space downstairs is at a premium. In the meantime though, as I am off from close of business today until January 3rd I can make use of the man cave for any painting I have. that means ships of course - the 1/2400th scale collection which I am now going to struggle to get done for the end of the year. No matter, I have enough naval inspiration from the Jutland counter collection to cater for most things.

I have a selection of 1/600th tanks and artillery which I am looking to make a start on for use with the Heroscape tiles with the Portable Wargame or possibly Rommel. I will use them in conjunction with the block armies to begin with before I get the appropriate figures tackled. I am still thinking about the best way of painting these but as they are not at the top of the list just yet I have some time to think about this. The whole 1/600th thing will be a big thing for me next year - I also have some aircraft and ships in the same scale - so I want to make sure I get it right from the outset in terms of painting technique and basing etc.

Looking around the man cave (which is a little untidy at present - mainly due to Christmas as there are decoration boxes etc. dotted about) I can see a few other projects that will need attention including the 54mm French Foreign Legion and Arabs, 20mm plastic medieval, 12mm plastic Risk 18th century types (for which I have cunning plan - see the picture above and that should give you a clue) and a few odds and ends of Sci-fi stuff.

Ready to use is of course the Jutland collection. Actually that is not strictly accurate as I need to punch out the non-North Sea fleets but for the RN and High Seas Fleet I am good to go. There are also the block armies which will be seeing some use - quite a lot of use actually - as there are a number of ideas I am keen to explore using them.

The Napoleonic title above was a no-brainer for me - there are a huge number of ideas for smaller scale actions, both afloat and on shore set during the wars against Napoleon in the Mediterranean. This will complement the two titles I have that cover the same general area - Stopping Napoleon and Remember Nelson! - The Life of Captain Sir William Hoste both by Thomas Pocock. I am not sure how I shall tackle this - both from the naval side and the land - but at this stage am thinking along the lines of using Pieces of Eight from Peter Pig.

So in closing then, I have plenty to keep me occupied and more importantly, I have the time now to be able to do more than have been. I am feeling pretty relaxed though about it all - which is a first for some time!

It only remains then for me to wish you all a very merry Christmas and a peaceful and prosperous new year.

A Merry Christmas To You And Yours.

Yes, a Merry Christmas to you and yours indeed!

Merry Christmas David! All the best for 2018 mate.