Where we are and why we are there.... 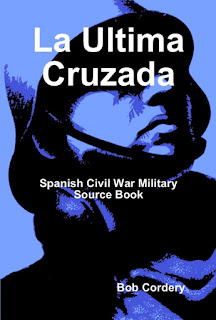 The latest offering from the indefatigable Bob Cordery
﻿

After the previous bout of Jutland related posts I figured it would be a good idea to sit back and see exactly where I am with other 'stuff'. Jutland is not dead by any stretch of the imagination - I have a couple of admin related tasks to tackle before I can say it is a done deal. I need to cut out the remaining counters and draw up a play sheet for the map moving part of the system. I will also need to make some copies of the ship damage record cards as well as tweaking the formatting ever so slightly on the tactical playsheet. This is not a show stopper but is one of those things that is a niggle and so will need some attention at some point.

The 1/2400th scale ships will be on their way once again - the next batch (18 x RN 'B' class 4 funnelled destroyers) are based and undercoated although I am seriously thinking about cutting the down the funnels as they seem too tall. This needs to be carefully done! Once these are ready it will then be full steam ahead (no pun intended) with the cruisers and battleships.

Next year will see me tackling the 1/600th scale kit in earnest for use with the Portable Wargame and a few other things besides. I am thinking of Rommel and possibly Blucher by Sam Mustapha although the latter may be further away than the former. Aside from the ground based action I have planned for this set (WW1 and 2 with a side dish of something colonial) I also have some aircraft to tackle as well.

By way of a diversion I also have a whole pile of 54mm French Foreign Legion and their Tuareg opposition to tackle. This will be suitable for use with not only the Portable Wargame but also The Men Who Would Be Kings.

Another twist in the tale was the welcome news that Bob Cordery has released a third edition of his masterful Spanish Civil War wargamers' guide La Ultima Cruzada (see the picture above). I am really looking forward to getting this (it will be a Christmas present to me from me) as I know that Bob has added a lot of new material from the earlier version. I have a copy of the out of print second edition - which I thought was excellent in any event - but I am looking forward to the new version, especially as it is available in hardback as well. The 1/600th scale land stuff could well be used for this period and it will perhaps provide sufficient inspiration for me to tackle the naval side in 1/3000th. As if to inspire me further I noticed that this morning Bob has posted the following The Smallest Dreadnoughts.

The naval side of the SCW is perhaps more interesting in theory than it was in practise but it does have the advantage of not needing much in the way of material. It would be very much a self contained mini project at some point.

Finally, I have a hankering to cobble up some HOTT/DBA armies on the cheap which will mean using Risk figures from their Medieval version. These are rather nice and would paint up readily enough.

All in all then there is a good selection of stuff for me to be getting on with. Some of the ideas are bigger and more expansive than others and to be honest this list is pitched very firmly 'in an ideal world'. I also hope to get some games in along the way - Jutland naturally but also with the block armies. All in all then it helps to have an idea of what one may do rather than to have no idea of what one can do.

Thanks for the plug.

One thing that did emerge whilst writing my new SCW book was how much naval activity there was on both sides, and this is reflected in the enlarged day-by-day description of the war. Although fleet actions were few and far between, both sides mounted mining operations off the north coast where the minelayers had to be protected from possible intervention by the other side. Likewise the blockade had to be run by the Republic, and there were several clashes between Nationalist AMCs and destroyers and Basque armed trawlers. I have also mentioned the use by the Nationalists of AMCs who roamed European waters seeking out - and sometimes sinking - Republican merchant ships.

The lower end stuff from the naval war makes for some potentially very interesting games on the tabletop - with the added bonus of being able to be 'upscaled' in terms of the size of models used. I will look into this in more detail when I have a copy pf your book but the scenario ideas you have mentioned will certainly make for some good games.

The SCW naval thing has loads of potential, especially if you include neutral forces too e.g. RN. There's an SCW scenario rules supplement somewhere for a set of rules that I can't put my finger on (not very helpful really...I will try to dig it out).

Look forward to seeing more of your 1/2400 pre-dreadnoughts too.

that was exactly the supplement I was looking at earlier yesterday! Many thanks for the heads up though. I am working away on the 1/2400th kit and should be able to get some more pictures up shortly.