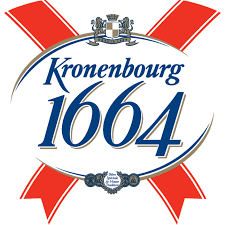 Founded in 1664 the Electorate of Kronenbourg changed the spelling of their name in 1715 to remove any Gallic overtones. 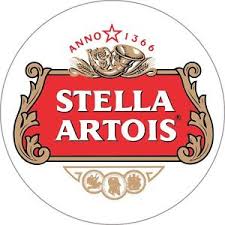 The Grand Duchy of Artois dates from 1366 and has been bickering with Kronenberg on and off since 1700. Aside from border disputes and police style actions there has been at least three wars directly between the two sides

In my last post I mentioned about the two ‘imagi-nations’ I came up with several years ago, originally for an 18th century set up. The Electorate of Kronenberg and The Grand Duchy of Artois were inspired by Messrs Grant, Young and Lawford and took their names from two well known beers. I liked both the names but ‘Germanised’ the spelling of Kronenbourg so it looked less French. I had great fun looking up names of German and continental beers for the regiments in the army of Kronenberg and the names of wines for those of Artois. As an example the senior heavy cavalry regiment in the Kronenberg army is the Holstein Kuirassiere whilst Artois has the Cuirassiers du Chablis. You get the general idea. I also toyed with the idea of having a ‘British’ force where all the units were named after cheeses but the idea never really matured….

My own opinion is that one has to make a huge leap of faith to produce an imagi-nation to its fullest extent. By its fullest extent I mean designing uniforms and standards etc as well as the terrain and the whole back story because, let’s be honest, most imagi-nations are very much personal affairs meaning that inevitably a carefully painted unit of one’s own design will not find favour with the more serious historical fraternity – other than to admire the brushwork perhaps. You would also probably have a job selling them on should the need arise. If I am honest this had always been a problem for me as I am a notoriously slow and reluctant painter so painting something with little resale value was not something I was keen on. Churning out a unit based on a whim is all well and good as long as one is fully committed to the cause and is in it for the long haul. I am far more relaxed about this kind of thing now – I am pleasing myself primarily after all - and so ‘imagi-neering’ is a lot more viable. I suppose I am at that stage of my gaming career when the idea of ‘pleasing myself’ rather than ‘keeping up with the Joneses’ is far more important!

Messrs Young and Lawford mentioned in Charge! about the advantages of using mythical armies and of being able to design one’s own uniforms and standards etc. I have no problem with this and have even worked on the basic colours used for each side. The end result will not surprise you in that the main coat colour for Kronenberg infantry is dark blue whilst those of Artois are mid to light grey. Regimental facings would be applied to the usual places – turnbacks, cuffs etc and the cavalry would usually be more colourful and not follow the uniform conventions of their foot compatriots.

For the 18th century I would opt to use the Spencer Smith War of the Austrian Succession range rather than the later and more traditional figures seen in The Wargame. I would do this simply because the choice is far better and more complete than the original eighteenth century range and the figures lend themselves to an easier paint job.

There is also the possibility of pitting the two opponents in later years so it would be possible to raise Napoleonic forces – again, Spencer Smith have a small Napoleonic range - and then the same for the third quarter of the 19th century – naturally with a naval dimension adding to the fun. Producing pairs of armies for three different periods is obviously a long term project but it would enable different types of games to be fought as tactics and technology evolved. One could ensure a degree of continuity between the combatants and their units which helps to flesh out the story.

For me at the present time the great debate is whether to go historical or imagi-nation for my Spencer Smith project and if the latter will Kronenbourg and Artois see the light of day or will those old adversaries Fezia and Rusland cross swords once again?

I have time to think about this and so am not going to make any hasty decisions – I have done this far too many times in the past and have lived to regret it – as I have a number of supporting ideas to consider as well.

..an easy answer for me as imaginations have always left me a little cold - why would you do that when real history is so endlessly fascinating??? A suggestion - go with a historical approach and paint the troops as real regiments, and then let them also double up as imaginary units should the need arise?

Imaginations are indeed a personal affair. In my ACW campaign, I have used names of Bourbons and Whiskies for various units, and my Medieval armies invariably use names from villages in my neighboorhoud.

But the beer theme is nice as well. Must remember that (I'm Belgian, so no lack of local brewery names).

I'll echo Steve above. There are plenty of less-commonly-on-the-wargames-table regiments that fought for smaller states, territories, cities, and principalities which wore uniforms similar to those of the big boys. And often carrying unique flags. Historical, but nevertheless less typical. This has been my own approach for the last 8 or 10 years when it comes to my own fictitious combatants.

Imaginations can take many forms, ranging from a plausible historical alternative name to downright sillyness. But it opens a new venue of creativity for wargamers who feel the need. I find that it often goes together with the realism of the rules. Rules that are on toy-soldier side of the spectrum are more inviting to a imaginations-approach. More realistic rules tend to field historical units. But in any case, it's a matter of finding the sweet spot for your gaming group.

Units named after cheeses sound gouda to me (a thousand apologies for that comment).

All I know is many of my most fondly remembered games were those pitting my Airfix AWI & Napoleonics against the combined army of North and South American civil war armies [Yes, I know...]

So much so that I keep thinking about reproducing them (in 28mml).

Do I detect a hint of Mick n' Keef? 'Just my imagination, running away with me, playing games with me..' Quite appropriate.
On the painting, you could always take inspiration from historic patterns, without reproducing them exactly -Charles Grant had it about right saying his rival states were loosely French and Germanic in origin.he even used some real unit names, I think, but still resolutely fictional overall. Didn't they have a grim scottish executioner called MacArbre?!

I think it has to be an imaginations approach for your Spencer Smith endeavours..much more fun and you get to circumvent all the button counting 'that's not the right shape of coat lapel for the 1768 winter campaign' uniform police!

You are absolutely right about the endless fascinations of history and I will continue to read about and fight battles in the real world so to speak. My rationale behind this particular piece piece of whimsy (one that has been a burr under my saddle for as far back as I can remember) is that I want to have a set up that is based on history - in terms of tactics and uniform styles etc - but that is not anchored to it. My imag-nations will run alongside their historical counterparts in most respects but will be different.

In a nutshell if I am going to use imagi-nations for a particular project then the armed forces need to be different - which for me means designing my own uniforms.

I should mention that in doing so they will be close to their historical counterparts in any event!

Using Belgian beer names will give you a rich seam to mine for sure - and will probably be a lot of fun sampling them!

You are absolutely right about the toy soldier/simpler rules better suiting the whole imagi-nation concept. If I wanted, for want of a better word, a serious wargame then I would absolutely use historical forces and a set of rules that captures the flavour more readily.

The Spencer Smith project will be but a part of my hobby - not the be all and end all.

For sure there is a plethora of 'minor nations' that could be tapped for uniform ideas - I know of many gamers that have followed this path and produced some obscure units to use alongside their more mainstream armies.

For me though, sometimes history is not as tidy as I would like so making up forces from scratch avoids this.

Imagi-nations are not the be all and end all of my gaming by any means - it is just that want to do this for a specific purpose.

Besides, if it gets me painting again it can be no bad thing, even if the units are fictiional!

I take it you had picked up on my 'matured' comment then?

I will have to plan my Spencer Smith forces very Caerphilly methinks....

I was thinking more of the Temptations myself, being a bit of a blues and soul man although 'Mick n Keef' would do!

As it stands the units will look broadly similar to their historical counterparts in any event - mainly due to the cut of the uniform. the colours will not be outlandish by any means.

I suppose the best comparison I can think of would be stylised, rather like the old quality street tins we used to get at Christmas.

I shall get to the 18th century at some point with this project but the first port of call will be the 1860s as the initial batch of figures are from the ACW range. Your point is equally valid though as I fully intend avoiding the 'button counting' approach!