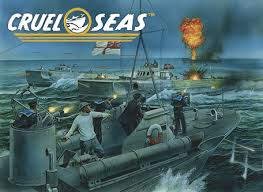 As work on my book enters a far more time intensive phase so my blogging activity will be correspondingly reduced. The Weekly Sitrep will continue and the odd major event will feature - I am thinking of Cavalier in Tonbridge next month - but anything else will be banked up or accommodated in my Monday morning roundup. It is not a big deal as such but I do need to focus my efforts in the short term whilst I ready the proposal.

This week has seen yours truly spending a lot of time on the book as well as attending to a couple of block-related administrative tasks. I sorted out the small quarter sized blocks - these have been earmarked for use as command blocks with the national flag - and have readied a list of the number and nationality of flags I will need and have sent the same to my 'flag man', Tony at Brigade Models.

I must confess that this was not as straightforward as I imagined it would be as several nationalities went through a number of versions of what would be a national flag. For example our Teutonic friends went through three during the period I am interested in - even more of you allowed for each of the German States prior to unification. I have opted for a Prussian, an Imperial German and finally one for Nazi Germany. It is a small detail for sure but one that will add immeasurably to the look of the thing as well as serving to indicate a unit's facing.

The only flags I will need to design myself would be for tribal African types - Zulus and so forth - various Islamic types - Afghans, Arabs and Mahdists - and finally something for Native Americans. I will have a trawl of the interweb to get some ideas and see what I can come up with. 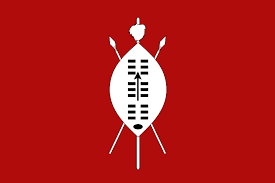 By now Cruel Seas has been around for a while and judging by the various reactions I have seen it has certainly provoked some opinions! There is already a large errata available and many of the issues raised seem to be about the apparent rush into production the game had. I have seen some quite superb looking models on various Facebook groups as well as a number of after action reports all of which is good to see - regardless of whether or not there are teething difficulties with the game itself. My overriding thought is that anything that places naval wargaming into the public gaze is to be applauded and if enough people support this then it will continue to grow. Who knows? Warlord may even think about producing further naval games on the back of this success because let's face it, it has been just that, warts and all.

I have yet to see my review copy (requested well before the release date) but after a long conversation with them on Friday this is in hand. To their credit the chap I spoke to could not have been more professional and apologetic about the delay although it will mean that my review will be one of the last published for the game!
Posted by David Crook at 09:07

I knew you wouldn’t be able to resist Cruel Seas!

Top of the morning to you Mr Kinch,

As one of your countrymen once said "I can resist anything except temptation...."

Seriously though, I approached Warlord about the game well before it was released with a view to reviewing the same via the blog. They readily agreed to this but as the launch proved to be so popular and they sold out of the initial run yours truly kind of fell by the wayside.

If I am honest there seems little point in me reviewing the game now as it has been 'done to death' but Warlord, to their credit, will honour their commitment.

It looks like a lot of fun in a boy's own What a Tanker! kind of way.