Death in the Dark Continent or Into Africa 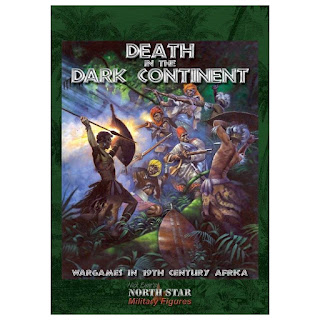 As a long time fan of the adventures of Allan Quartermain as well as various periods of African history - typically anything Colonial through to the Great War -  having a set of wargames rules that focused on the 'Dark Continent' was always going to be of interest. It is true that games set in this theatre could readily be undertaken using The Men Who Would Be Kings but these rules are far more specific in their approach. To begin with there are a pretty comprehensive selection of army lists for the European powers as well as the various tribal opposition. I like this approach as it creates a closer feel for the period as well adding to the variety of potential opponents. The terrain as well as the diverse flora and fauna of the Dark Continent  is also addressed which adds greatly to the all important flavour. In many ways I see this set of rules as a logical step up from Congo which is almost at a role playing level. 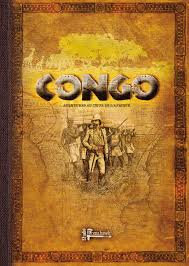 A great set of rules for low level skirmishes and almost role playing.

There are some quite superb 28mm figures available for this genre and of course the subject matter lends itself nicely to smaller armies. I have in mind a couple of ideas for use with Death in the Dark Continent although they are a long way off as the project list currently stands.

My knowledge of the various African campaigns in the latter half of the 19th century is limited in both scale and scope to the usual suspects - the Zulu War, elements of the Sudan campaign (included purely as it took place on the same continent!), some of the French adventures and the Great War so when I saw that Chris Peers had written a book that serves as an excellent reference source to his rules my only questions was how soon could I get a copy? 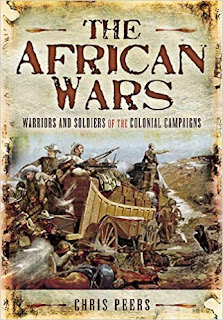 By no means a definitive work but a very useful overview all the same with plenty of inspiration for wargamers.

I can do no more than quote the Amazon advert for the above:

"In The African Wars Chris Peers provides a graphic account of several of the key campaigns fought between European powers and the native peoples of tropical and sub-tropical Africa in the late nineteenth and early twentieth centuries. His pioneering and authoritative study describes in vivid detail the organization and training of African warriors, their weapons, their fighting methods and traditions, and their tactics. He concentrates on the campaigns mounted by the most successful African armies as they struggled to defend themselves against the European scramble for Africa. Resistance was inconsistent, but some warlike peoples fought long and hard - the Zulu victory over the British at Isandhlwana is the best known but by no means the only occasion when the Africans humiliated the colonial invaders."

Certainly worth adding to the collection for some ideas.

This is a great subject for wargaming. The Chris Peers book is great too. I have been playing around this for years but have never got round to finishing anything. If I was going to do DITDC now, I'd take at look at the Blue Moon Manufacturing 15/18mm range to keep the cost down to a sensible level, rather than 28mm.

Many thanks for the heads up re the Blue Moon range - I had forgotten about them. I shall be taking my first steps into the Peers book over the weekend but thus far it looks pretty darned good!

PS I dropped you an email re your recent blog post

I have all three of these and Congo is superb! Lots of info in the DitDC book, not played the rules though.

From the perspective of rules systems and background material I reckon that I have everything I need - except of course for the figures!