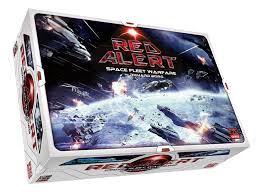 Command and Colours in space

One of the things that was very much on my 'to do' list during the lull in the great disposal was for me to reacquaint myself with my project pile. In many ways it was a case of saying hello to some old friends and goodbye to some others but it was a job worth doing. It has been some 6 months or so since I was able to do anything meaningful for myself - not that I have minded - and the time away has certainly given me plenty of opportunity to think about things.

The 'main event' for this year will be the 30mm Spencer Smith ACW project, loosely based on Kurz and Allison. The land element of this is actually well in hand for reasons that will appear in a post in due course so I shall be looking to the naval side upon my return from holiday. The figures for this project will mirror the contents of the Avalon Hill/Hasbro Command and Colours ACW game of Battle Cry so each side will have 40 infantry, 9 cavalry, 3 mounted commanders and 3 guns each with two gun crew. These will be based individually and are all painted in flat, gloss colours with plain painted bases. In short, 'old school shiny'.

For the most part the rules I will be using with these will be hex or square based (Command and Colours, the Portable Wargame or even MoB) although I will have the option to use A Gentlemen's War or even Rebels and Patriots on the tabletop. I plan to add to the collection in due course, albeit in a modest way.

The supporting case of 'side hustles' is a mixed bag but all of which have the advantage of being virtually fully resourced. These include the following:

The last three of the above can be readily satisfied in the short term simply by playing them straight out of the box although I am keen to 'model' them at some point. At a push I could also game the WW1 and 2 naval straight from the box using Jutland and the assorted variants I have and Bismarck.

There are some other bits and pieces but these have been consigned to the back burner as the above is really the most likely to be tackled in some fashion. I have deliberately kept the list quite tight and with as much boardgame overlap as possible so at least in the absence of models I can still enjoy a game or two.
Posted by David Crook at 11:35

As always, your list resonates well with me mate :-)

I hope you and yours are all well (say hi to Right Stuff for me!). I am trying to make a really conscious effort to keep things at a sensible level and the list has a number of handy features in that by using the board game rather than models (although models are of course the desired aim) at least I will be able to get some games in.