The Return of Our Man in Havana 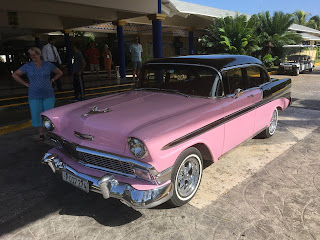 A rather colourful 1957 Chevrolet Bel Air (with a Hyundai engine!) which we hired complete with a driver for the day. The air conditioning was very welcome in the 40 degree heat


Hola Amigos! I am writing this after having been travelling for some 18 hours or so with a 5 hour time difference so apologies in advance for the somewhat haphazard nature of the post. 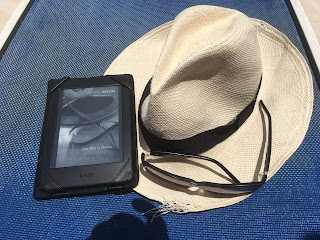 I enjoyed Our Man in Havana (the film is up next, starring Obi Wan, sorry, I meant of course Alec Guiness). Sadly the Panama hat did not survive the holiday


Laurel and I have just returned from a quite wonderful two weeks in Cuba, staying at a place called Guardalavaca which is part of the Holguin province. There was not a great deal of obvious material for the blog although I was rather taken with the idea of pirates and the 1868 revolt against Spain - of which there was a very small museum in Holguin city itself that we visited (sadly no pictures but the highlight was a 42mm Hotchkiss gun dated from the Spanish American War). There was also the rather surprising physical similarity of the terrain and coastal region with much of Ian Fleming's Caribbean based James Bond Stories. 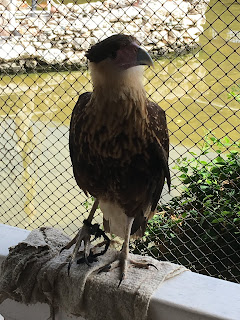 Bird pest control Cuban style. I was reminded of the quote attributed to the Duke of Wellington when asked by Queen Victoria about how to deal with bird pests at the Great Exhibition - "Sparrow hawks Ma'am"

I have acquired rather a taste for one of Coba's best known exports - not cigars but Rum. We were told all about the Bacardi story but Cuba had the last laugh in this respect as they still make certain Rums using the old Bacardi equipment and recipe. It is just as good, if not better and a whole lot cheaper! There are two main beers we encountered of I much preferred the stronger variety. 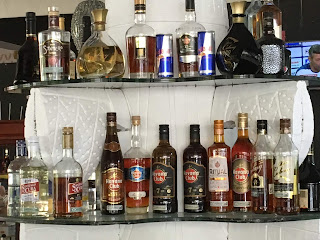 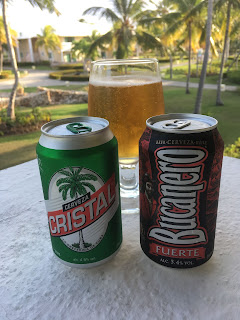 
We did not go to Havana as it was a 10 hour road trip or a two hour £800 trip away but make no mistake, we will go back to Cuba at some point - even after Laurel discovered that her favourite bottle of perfume had been taken from the suitcase on our way home.... 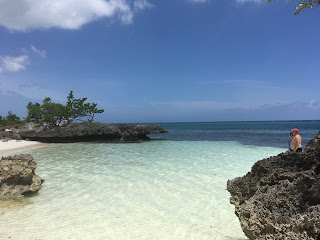 The obligatory beach shot and no, that is not yours truly on the right....(my attempt at emerging from the sea, Daniel Craig style was not hugely successful....)

Once the jet lag has evened itself out I will post about the gaming ideas I came up with whilst we were away but for now something to eat and a catch up with life in the real world.

Pleased you enjoyed yourself David. Cuba is one place I havent been to yet but it looks the business.

It was hot and breathless in the evenings (makes you appreciate the God of air conditioning!) but the light, sun and sea were fantastic. I have to go back to tap into the historical side as there is a rich seam to be tapped for sure!

Would you recommend Cuba as a holiday destination!

It is a beautiful country and one that we will return to in due course.