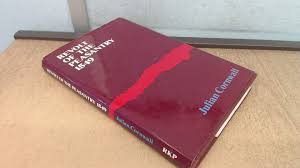 I mentioned in the last Sitrep about the two rebellions of 1549 – The Prayer Book version in Devon and that of Robert Kett in Norfolk. Inspired my recent visit to ‘Prayer Book Rebellion’ territory and the prospect of visiting Norfolk at the end of the month I figured, as is my customary wont, that undertaking a little research would be appropriate. Mention has already been made of the magazine articles devoted to each but I wanted something a little more tangible. I have no plans to undertake either rebellion as a figure based game but certainly there is potential using blocks or similar. Having said that perhaps a DBA style set up or even one for one of the Rampant series of rules by Dan Mersey may be an idea.

In any event any such undertaking is so far down the project batting order that you would need the Hubble telescope to see it!

There is something quintessentially English about the Tudor period. For my own part my interest usually only goes as far as the Armada or the exploits of the various ‘Sea Dogs’ but there is a lot more to explore. Deep down I suspect that my interest is more about the English taking their first tentative steps on the world stage against a backdrop of domestic change.

Anyway, coming back to the subject in hand, I did a little trawl of the net (always dangerous when the inspirational urge is upon you….) and came across the above book by Julian Cornwall. It is not a military history per se; rather it is a social history of the background to both revolts but it does have a good account of each campaign. It is a useful addition to the library although as mentioned above it is unlikely I would game it in the foreseeable future.

I assume you're aware of CJ Samson's _Tombland_

There's a book published last year you might want to look at. Leo Jary _Kett 1549: Rewriting the Rebellion_

Check out Tombland by CJ Samsom
Historical fiction at its best and is all about the Kett revolt.

Tombland I was aware of (and is on my birthday list!) but I had not heard of the other title which I shall keep a look out for.

Many thanks for the heads up,