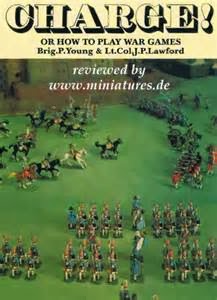 I defy any reader of this blog not to be inspired by this book in the biggest possible way....;-)

One of the things that has been niggling away at me for some time - and of all things the Pirate ships I recently acquired have added to this - is the small but significant point of how best to differentiate between troop types using my well tried and trusty block armies.

As it stands the blocks are readily identifiable by general type - infantry, cavalry, artillery etc - but I am thinking that breaking this down further would be beneficial. I am looking long and hard at Napoleonics and the 18th century and so representing different troop capabilities within the same notional type seems to be more important. I want to be able to represent grenadiers, light infantry and varying 'weights' of cavalry - all of which are culturally more significant earlier on. In my minds eye I can see a four block infantry infantry unit consisting of two line blocks, a grenadier block and one for the light company. For the record that is the organisation for an advanced infantry regiment from Charge....;-)

Now I realise that the good Lt. Colonel and Brigadier would view my use of blocks for gaming in a more civilised era as bordering on heresy  but I would defend my position by saying that I have a number of very special ideas that I am sure that they would approve of. Eventually.

I hope to have the first additions ready to roll out by the weekend - all I need to do now is to take Bob Cordery's Itchy and Scratchy 19th century rules and tweak them back into the 18th century.

I also need to add irregular light infantry and cavalry to the mix. Lots of them....;-)
Posted by David Crook at 20:51

I absolutely love your wooden troop blocks! Have a look at the various troop symbols used on the tiny lead blocks in the original Kriegspiel game, which offer various possibilities for differentiating between a number of different troop types within one of the three main categories. Here's a link that might be helpful:
http://79.170.44.85/kriegsspiel.inuk.co/index.php?option=com_content&task=view&id=47&Itemid=59

The great thing about using the blocks for what I am planning is that the amount time needed to ready the types mentioned is very small compared to the more conventional figure based route!

Many thanks for your kind comments and the link - it is much appreciated.

I think I shall certainly be making use of the cavalry style for the new types - in fact seeing the range used has given me a number of other ideas. The only downside is that I am not keen on making too many changes as the work involved would be quite time-consuming and tedious - relabelling some 5,000 odd blocks in 6 colours is not to be undertaken lightly!

I shall certainly experiment though!

I have up-scaled some Kriegsspiel blocks and use them with Neil Thomas's C19th rules - see some photos at:
http://meckelmap.blogspot.co.uk/

That looks magnificent! When I started my own block set up I never considered using the Kriegsspiel symbols (simply because I felt but they certainly look very effective. Using them in conjunction with Neil Thomas's rules (which I am hugely keen on) on a normal, non-gridded playing surface also takes the concept to another level - it looks exactly like a 3d military map.

I would love to share any further ideas you have around using blocks for armies - for example, do you plan to look at other, non firearm periods, and if so, do you have any thoughts on the design of labels?

I look forward to collaborating with you going forward!

Just wanted to say what an inspiration this blog is, the blocks look great. I also use a hex grid but currently with miniatures, but I only ever see them as being representative of typical troop types and have considered trying blocks, I especially like the Kreigspiel symbols others use.

PS: I believe you live in Kent? I'm also in Kent, down on the Romney Marsh :-)

many thanks for your kind comments - they are much appreciated. The labels I have used for my blocks are based largely on the standard NATO military map types for the most part although the Kriegsspiel versions are very nice indeed - take a look at these and you will see what I mean: http://meckelmap.blogspot.co.uk/

I have some more troop types to factor in which I hope to tackle over the weekend.

I originally come from the Isle of Sheppey but now live in Essex. I lived near Maidstone for a while though.

Hi David
After several false starts with figures it was your blog and your 'block armies' that persuaded me to scale up my Kriegsspiel gaming onto the tabletop. The 3d board game look you had looked great and let me concentrate on the history and the decision making in the game that really interests me.
At the moment further plans just involve trying to use a simplified version of the von Reisswitz combat tables as a tabletop game, but I do have a supply of Jenga-type blocks in the garage.....

Many thanks for your kind words - it is very much appreciated! The thing I am especially pleased with is your use of the expression '3d board game' - because that is exactly the look I have been trying to achieve.

I used the standard NATO symbols for the most part as they were easy to design using MS Paint and also stand out well on the table top.

You will find using Jenga blocks cut in half to be a great idea as the units can be used in more permutations.

I will look forward to hearing about your block based adventures and hope to see more of the games on your blog.